FFB: The Case Against Myself - Gregory Tree 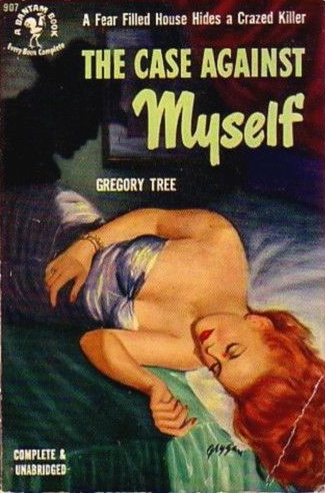 If you guessed based on the title alone that The Case Against Myself is a courtroom drama told in the first person from the defendant's point of view you would only be partially correct. The Case Against Myself (1950) is indeed a courtroom drama, a murder trial to be specific. In part. It is told in the first person by the defendant Catherine Benedict. In part.

Why then isn't it called The Case Against Catherine Benedict? You may wonder this as I did. Because there are fifteen narrators in this novel each telling a portion of the story from their viewpoint. Among those narrators are several jurors, the defendant's husband, the husband's secretary, his second mistress, her husband, the judge, both trial lawyers, and even a private eye hired by the defense lawyer. All of them telling the story and each time adding another layer to a labyrinthine at times confusing plot. All of them, to some extent, tell the story of the case against themselves. In one way or another nearly all the narrators is complicit in the crime and has complicated the events surrounding the murder of Margo Chalmers, mistress to notorious gossip columnist Bernard Benedict. Yes, even a few of the jurors are guilty of some sort of lying or fraud. The choice of the title provides some hearty food for thought by the end of the book.

You would think with all these narrators author John Franklin Bardin (it's him all right writing under the pseudonym "Gregory Tree") would be experimenting with voice and style. But oddly because of his choice of title Bardin has also given his narrating characters a sound alike voice. When expressing their thoughts in narrative form there is a strange stilted nature in the deliberate avoidance of contractions and much of the vocabulary tends to be similar. It's as if he has created one collective unconscious. Only when the characters speak their dialogue do we get distinctive voices. It makes for an overall sinister tone to the book. The levels of paranoia and neurotic behavior that go hand in hand in any Bardin story become all the more unnerving when written in this often cold and distant narrative style.

Bardin, best known for a trio of psychological suspense thrillers dealing with mental illness, both real and feigned, is once again obsessed with psychiatry and abnormal psychology in this novel. One of the two characters who helps uncover the truth behind the confusing events surrounding the death of Margo Chalmers is psychoanalyst Dr. Noel Mayberry who, surprisingly, was treating both Catherine and her husband Bernard for their neuroses and morbid obsessions. Mayberry appears twice in the story. First, in a section narrated by Bernard, the doctor appears as a typical psychiatrist goading his patient to relax and tell his story calmly. Secondly, in the final pages in which he reveals both Catherine and Benedict were his patients and that he has been privy to more than his fair share of secrets. Only after the trial has ended can Mayberry finally discuss his patients' lives in detail and help the police explain the muddle of Margo's inevitably cruel murder. 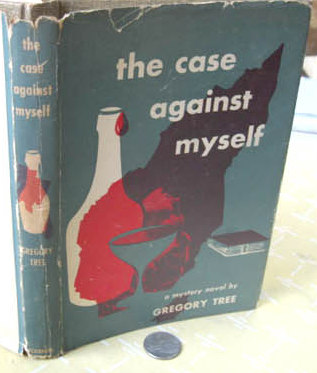 To go into the complex plot any further would spoil this near brilliant example of a crime novel that is an amalgam of so many subgenres. It's a psychological suspense novel, it's a courtroom thriller, it's a private eye novel. In the final pages it's even a traditional detective novel ending with all suspects gathered in one room awaiting the moving finger to point out the identity of the murderer among them.

The book's only flaw is a tendency towards high melodrama in the final chapter aptly told from the murderer's point of view. But the killer is one of Bardin's typical psychos and has a narrative style so over-the-top that to a reader who has devoured thousands of crime novels will be all too familiar. It's not hard to pick out the culprit once the killer starts elaborating on so many kooky thoughts.

Prior to the murderer's unveiling, satisfying if overwrought, the story is very well done. There are many genuine surprises that while at times overburden the plot with twists and irony yet make sense when considering Bardin's intent as hinted at in his unusual title. There are a veritable French farce hotel's worth of nighttime visitors who infiltrate the crime scene, convenient witnesses who see all those visitors enter and exit the home, and crazy coincidences that multiple as the real truth is slowly uncovered. What begins as a tawdry domestic crime inexorably transforms into a nightmare worthy of the fervent imagination of Cornell Woolrich. Everyone is guilty of something -- a cover-up, a crime, a lie of omission, even the creation of fake evidence. No one escapes culpability in the final scene. That was Bardin's brilliance shining through and the most satisfying part of the book.

Dr. Mayberry and defense lawyer William Bradley appear in a sequel called The Case Against Butterfly, another courtroom drama told in multiple narratives involving a murder in the fashion business and featuring two sisters who are fashion models. This first book under the Tree pseudonym was inventive and imaginative enough to get me to track down the other. Hopefully, I'll have a review of the sequel sometime later this year. 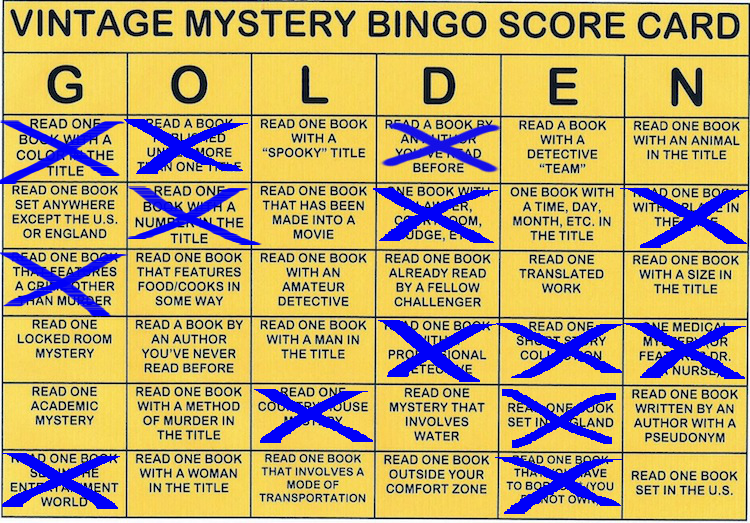