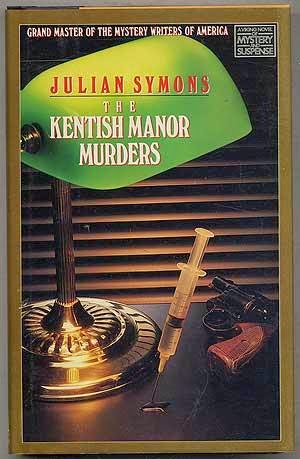 Here’s a great example of not judging a book by its title. Turns out The Kentish Manor Murders (1988) is not at all a country house detective novel. It’s the title of a manuscript that is supposedly the work of Arthur Conan Doyle -- his last Sherlock Holmes novel, in fact, and written in the author's own hand. The manuscript has turned up in the hands of a private collector who is looking for authentication before offering the manuscript up for sale. Sheridan Haynes (who previously appeared in Symons’ novel A Three-Pipe Problem), renowned for his TV portrayal of Sherlock Holmes, is approached about helping to authenticate the manuscript. But complications ensue as Haynes makes his way to Copenhagen where he will be performing one of his famous readings from the Canon to The Silver Blazes, a Danish group of Holmes enthusiasts.

This has all the makings for an intriguing bibliomystery. But Symons adds a series of subplots early on in the book that unnecessarily complicate the story. We start in Castle Baskerville, the heavily secured isolated estate of millionaire eccentric, hypochrondiac, and celebrated Sherlockian Warren Waymark. He wants Haynes to perform one of his Conan Doyle reader's theater performance pieces for a private audience of one. Haynes is not up to the task as he is getting ready for his Copenhagen visit for a much larger audience in a real theater. Haynes is also immediately suspicious that Waymark might be an impostor. The millionaire is kept in a dimly lit room, he wears sunglasses indoors claiming to be sensitive to all light, and he speaks in a gravelly indistinct voice. His meeting with Waymark seems to be carefully orchestrated and Waymark does seem to know his Canon very well, but the interview feels completely wrong to Haynes.

We think Haynes is going to start checking into the possibility that Waymark was done away with and his invitation to the Castle is linked to the discovery of the manuscript. But no sooner are we invested in this plot hook thinking we are in the hands of a master concocting a devious Sherlockian pastiche, Symons pulls the rug out from under us and sends us in another direction -- literally and figuratively. Suddenly we are off to Denmark and then the Netherlands for a series of random incidents. Bombarded with plot twists and new characters that seem unrelated to the introductory story of Haynes and Waymark the reader is frustrated and confused and eager to return to the more interesting puzzles first presented at Castle Baskerville.

Like all thrillers of this era with an international flavor we also get subplots galore. And they of course include drug dealing, black market activities, and a variety of shifty underworld characters in a variety of seedy bars and nightclubs. There will be a signifying event (already hinted at in the very Edgar Wallace style “Prologue”) that ties the subplots to the main plot but these complications seemed burdensome and padded. Several extraneous incidents could have been dispensed with as they had nothing to do with the real story.

A superior distasteful tone pervades the book, too. Homophobic remarks, xenophobic comments bordering on bigotry, whiny intolerance for the “march of time” expressed in Haynes’ disdain for the proliferation of fast food restaurants and tourist traps that have ruined Amsterdam. I guess this passes for humor with some people. I found it snobbish and patronizing and not a little prejudicial. The book is set in 1988 and yet there is not one mention of the brown cafes where marijuana is legally sold but there is ample talk of sinister, underhanded drug dealing. For someone who is trying to paint a "seedy" portrait of Amsterdam I wonder why Symons skips over the Zeedijk and Warmoesstraat and all the sex trade those areas are known for. It didn’t ring true at all as 1980s Amsterdam.

Overall, this book has a schizoid identity: one third bibliomystery, one third international thriller, one third detective novel with a murder mystery crammed into the last 40 pages. It's not a bad book by any means, but for my tastes it couldn’t decide what it wanted to be. The story becomes overcrowded with plot complexities that seemed arbitrary. I preferred the first book with Sheridan Haynes -- A Three-Pipe Problem (1975), more focused, livelier and wittier -- than this second jumbled affair. 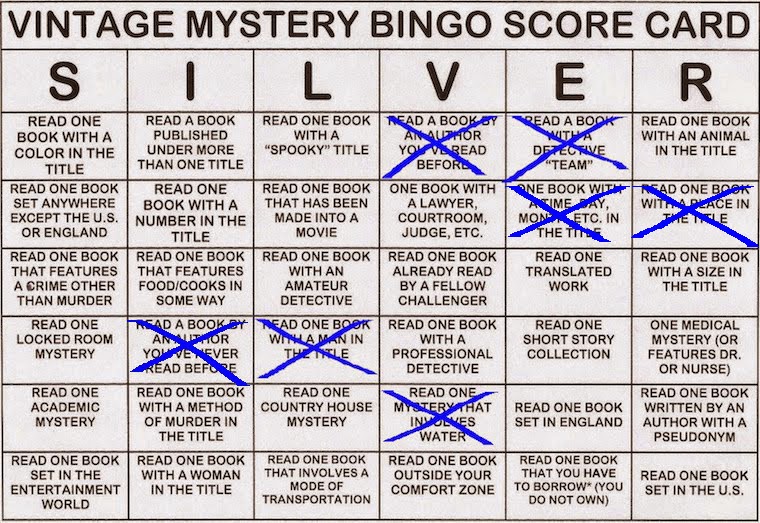