More Thoughts on The Body 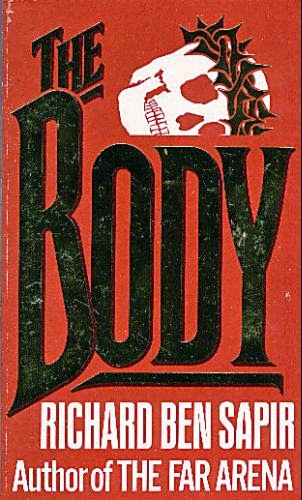 Here are my notes taken while reading the beguiling novel The Body (reviewed yesterday) transcribed in digest format. This book more than any other I've read in a long time elicited some penetrating and meditative thoughts on my part.
------------------
Favorite quotes:

p. 59 "A person had to be quiet to hear what [the past] said, because the past talked in whispers of truth so random and fragile any preconceived opinion could blow it away before the opinion's organized and determined noise." (Sharon considers talking to her niece about her findings in the tomb, but holds back)

p. 73 after hearing Cardinal Pesci claim that nothing that happens in Israel is not political Folan thinks to himself: "[He] could have disputed that point for an hour and not begun to fully bury (sic) a statement so broad as to be untenable past junior high school. It was just the lazy man's way to explain away the cast and incomprehensible multitude of what went on."

p. 138 Flan to Sharon "Where do you get evidence that scientists are somehow more trustworthy than holy men?" She replies: "When you people give as much knowledge, as much light, instead of flames to the world, as archaeologists, I will give you that respect."

p. 208 Discussion between Sharon and Folan. She offers up "many possible scenarios" for why Mary Magdalene and the apostles would think they saw something that they didn't. "They were totally invested in Him. They must've been distraught." Mary could have entered the tomb and thought it was empty. Peter had given up his life as a fisherman to follow Jesus. Matthew stopped being a tax collector. They made sacrifices to be with Him for life. Folan calls them "scenarios" and Sharon calls them possibilities. Fiction vs. reality

FAITH -- the ultimate mystery. The book blends politics and religion, culture and all sorts of ideology but is ultimately about Faith. Everyone's faith. What a person believes in, what makes them LIVE and go on living. Not just a faith in God or Jesus. To me having any kind of Faith is truly the ultimate mystery. Where does it come form? How do we hold on to it? What happens when you lose it? Can faith be restored? Once lost can it ever be regained and held fast? What might happen to someone when they lose Faith forever? It's such a fragile gift that needs to be cared for and nurtured.

Folan's scene w/ the true believer Mark, volunteer at the dig. "Why do you believe God's word?" This is recurring throughout the book. Folan questions everyone's beliefs, getting them to question themselves. Mark, after some obvious and naive attempts to convince Folan, finally replies: "I know my heart. If you need more, then I feel sorry for you."

1st instance of a fragile faith. Father Pierre Lavelle. Heart wrenching character. Was once a Communist but stopped e believing when the Communists became allied with Nazis (he says this based on his personal experience). Folan questions him on this ease of turning on/off a belief. Was it ever valid if it could be so easily given up? Is this why he so easily accepts that the skeleton is that of Jesus without any skepticism with out any proof to the contrary?

Lavelle kills himself! Is this going to get really ugly now?

This is great! Folan is like an eccentric amateur detective: "What did you eat that day?" "What were the people at the dig wearing?" "What sort of mood were you in that day?" All sorts of idiosyncratic questions of the witnesses and the volunteers at the dig and all those involved in the discovery. Odd Qs about the mundane in order to understand the event as a whole. Also tests the veracity and the memory ks skills of those involved. Brilliant tactic

Detective work examples -- Folan learns of the odd biological phenomenon of skeletal little toes and pinkies crumbling to nothing over time.

Folan impressing Reb Nechtal with his knowledge of the Talmud. Loved this. Points out the Talmud law about proper burial, manipulates this law to his own advantage. Does not tell rabbi why the body needs to be studied but argues why it can be removed according to Talmud. Almost wins over the rabbi, but scores major points all the same, esp w/ the followers. They reach a compromise. p. 223 "The righteous Gentile is as blessed as the high priest himself." Wow!

Folan and Sharon have sex. Repeatedly. Somehow I knew this would happen. Pisses me off.

Folan "lies to himself" repeatedly afterwards. He rationalizes his life as a celibate Jesuit. Sex seems to change him radically. This is going overboard. The "Sexual epiphany" is a literary device that belongs to a much older time period and to a much younger character, I think. I can't accept this in a book publ in 1983. Even from a priest -- who was not a virgin. He had sex prior to becoming a priest. That hang up about pre-ejaculation... Is this Folan's version of what happened to Lavelle when he left the tomb? Is that Sapir's point? Sex is belonging to another? Jesus is no longer Folan's best friend (he said that several times earlier in the book). Sharon is taking that place now. Hmm... Trying to justify this choice of Sapir's, but it's really bothering me.

Folan and Sharon are acting like crooked cops now! Co- conspirators trying to find evidence that will support their theories rather than looking at what they found at the dig, the evidence of the tomb.

The "specialists" are onto them. Pointed questions, F & S resort to deceit and become evasive. Sometimes outright lying. (Has sex turned Folan into a liar too?) Dr. Sproul, the bone expert, is giving them what they don't want. Calls the skeleton a laborer, possibly a carpenter. HA!
Posted by J F Norris at 8:39 AM