Another Flash Fiction Challenge dreamed up by Patti Abbott.  Inspired by the appearance of an unmarked white van on her street and the strange man who lived in it she asked bloggers and writers to concoct their own story about a man in a white van.


MANUAL TRANSMISSION
I opened the notebook, consulted my stopwatch, and jotted down the time. The white van was across the street again. Same weird license plate -- DARKO -- which I guessed was his unusual African name, nothing to do with that cult movie I'd seen years ago. From the looks of the guy it suited him. Out of state (Arizona plates), and probably out of the country, too. We didn't have too many black families in my white bread New England town. I'd been studying him for weeks now but only knew a portion of what he was up to. 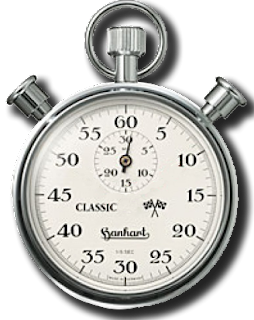 Three minutes earlier than last week. Today DARKO driver was not wearing his usual unseasonable attire of T-shirt, fleece and jeans. He was dressed in dark blue coveralls, boots and one of those goofy winter hats with the flaps and strings that make guys look like they have pigtails. Couldn't catch me dead in one of those. Looks like the winter weather was finally affecting his Arizonan or African blood. It was a break in his routine. I wasn't taking it as an omen or anything like that. That was a mistake on my part.

This was the routine: DARKO driver would open up the back of the van, go inside. He'd take about four and half minutes inside. Then he'd come out with a plain cardboard box as white as his unmarked van and get on a bicycle and ride off down the street. He'd be gone for nearly half a hour --sometimes a bit more, sometimes a little less -- but on the average I had calculated he was gone 27.5 minutes.

Something else different happened that day. DARKO driver was having trouble locking the van doors on the back. I smiled. Let's see him get out of this one. He had to spend an additional six minutes and eighteen seconds fiddling with the catch before finally giving up. He went to he passenger side door out of view of my binoculars. Less than thirty seconds he was back with a bungee cord that he wrapped around the handles of the rear doors. Clever bugger. Prepared just like a boy scout. But that's not gonna stop me, DARKO driver. Get a move on now. You're behind schedule.

I watched him mount this bike and ride away. Gone for the next 27 to 33.5 minutes.

I put down the binocs, zeroed out the stopwatch, and set the alarm on the watch for twenty seven minutes, DARKO driver's minimum average time. After marking the total time spent in this week's tasks, and capping my fountain pen I put the stopwatch in my pocket, grabbed my back pack with all my supplies and made my way downstairs and outside. Time for my own weekly tasks.

Before removing the bungee cord I noted how DARKO driver had arranged it on the handles so I could duplicate it when I left again. Had to make it appear no one was here. This was so much easier than picking the lock. I guess my repeated break-ins with my hand-fashioned skeleton keys finally took their toll on the ancient van. 1980 something I was guessing. Cars weren't really my thing. Neither were locks. I'm an art lover. And DARKO driver had some very interesting pieces inside his anonymous white van. 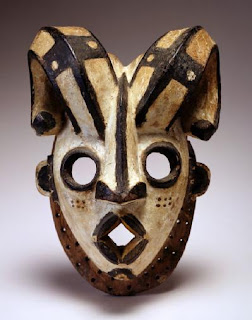 That old van had been fashioned into a mobile warehouse. Built-in cabinets and shelves lined both walls holding an awesome collection of imported artifacts and handcrafted objects from exotic lands. I had learned through dogged internet research that he was housing work of ancient Peruvians and Mexicans; aboriginal art of New Guinea and New Zealand; ritual masks from Tibet, Bali and Indonesia; and a variety of figures representing the gods and goddesses from Yoruba mythology. Africa, Asia, Oceania and South America. It was astounding to see so many cultures from four continents in one place. The sights sent me reeling each time I entered the van. Apparently DARKO driver had been delivering pieces in my neighborhood every week for the past three months.

I made my selection quickly and wrapped it lovingly in the polyester airline blanket I used to protect it in transit before putting the wad in my backpack. As I was about to hop out and meticulously reattach the bungee cord I was startled by an unfamiliar sound.

"Hello, my friend. A little shopping today?" DARKO driver was blocking my exit. I froze and couldn't say anything. I gestured like I usually do.

No, I don't speak at all, smart guy. But signing seemed lost on him. I don't expect fluency in ASL from your average person, but most intelligent people recognize the language of the deaf and the speechless when they see it. I wasn't deaf only aphasic from a neurological trauma. I never really recovered the power of speech but my hands worked well and I learned ASL. Despite all my toil in learning my new language I found myself more and more resorting to primitive signs and gestures when I met the insensitive and ignorant. So I gave him one of my Sad Sack gestures. Feel pity for me, DARKO driver and let me go. Why the hell did you come back anyway? 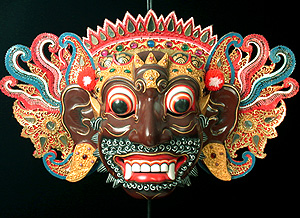 He grabbed my backpack and opened it. He pulled out the blanket and as gingerly as I had wrapped the object removed what I had chosen as today's booty.

I nodded. I signed again to let me pass. Maybe if I was lucky I could muster up some kind of BBC historical drama empathy from him. Those Victorians sure loved to lavish pity and sympathy on cripples, orphans and social outcasts. I did my best sad puppy eyes and prayed he had a smidgen of goodness in his sarcastic overalled body.

"Tell you what. You keep it. While you're at it, help yourself to another."

My puppy eyes widened in astonishment. His fluency in sarcasm was getting to be too much. He couldn't be serious.

"Aha! you can hear me. Not deaf just speech impaired, eh?"

And there was the sympathy. The use of "speech impaired" is always a good sign.

"Go on then. Anything. Take one more, my friend."

I had almost completed my collection of one example for each culture. I was still missing a few pieces from Africa and Asia. There was no way I could choose by settling on one single item.

"Too difficult? How 'bout I make it easier?"

He went to one of the cabinets in the back and unlocked a drawer. This one had a lock I had failed to master. I had never got inside. What treasures lay within that specially secured area? The drawers were felt lined with a variety of what appeared to be authentic idols older than anything displayed openly on the shelves and racks. He handed me a strange figure with large hands held up against its ears. The expression on its round face was a mixture of wonder and surprise. Or it could be whistling, I guess. I loved it. So bizarre and the carving in the stone was a marvel to behold.

"Take it. You two have something in common. This is a mute god from a little known South Pacific cult. A mute god who sings and tells stories. Kinda weird, yes? Mythology is filled with contradictions and paradoxes."

It looked to be me that the figure was listening not talking. I took my cue from the object. Just listen and you'll get out of here safe. I kept chanting to myself a mantra of protection. Just listen. Listen. You'll be OK. In listening I followed his command. I took the small idol in my hand.

Then he grabbed my wrists and held them tight. DARKO driver looked down at my hands studying them, admiring them. He pulled me closer to him. I could smell a pungent but not offensive cologne. His breath was tinged with spearmint. I found myself looking into his deep brown eyes in the dim light of the van. He smiled. It seemed he really did think of me as a friend. If only he'd loosen his tight grip.

"Hands. So useful. You use them to speak. I use them to create. I made quite a few of the objects here, you know. I'm a bit of an artist and a bit of a con man." One more tug closer to him. I could see the pores in his mocha colored skin. He lowered his voice to a throaty purr. "I find you anywhere near this van again I will make sure you are permanently speechless."

That'll scare the hell out of any mute person. I gulped and nodded.

He finally released me. "Enjoy your gifts. Now… Vamoose!"

I kept my daily vigil with notebook, binoculars and stopwatch for a few days afterwards, but the white van never returned to my street that winter. I dreamed of DARKO driver for while, too. They weren't nightmares. Surprisingly, I got over the initial fright of being trapped and caught in his hands quickly. It was just that I couldn't get his words out of my head. His calling me friend, I believed, was truly the recognition of us as compatriots. We were both admirers of beauty. I liked to recall his being part artist and part con man. I imagined the kind of people he had fooled with his replicas of ancient artifacts. I also thought about his talk about hands, their usefulness, what I like to call the manual transmission of both speech and artistry. I made up an entire life for DARKO driver.

And I remembered how I was indebted to the idol for teaching me to listen. I still listen to it. On still nights when the only sounds I hear are faint sirens and night noises of invisible animals I turn to look at the stone idol on my bedside table and the figure speaks to me. He tells the story of DARKO driver, of his talent and speech, of his minty breath and perfumed skin, of his hands and the magic they create and the terror they instill.