﻿﻿﻿
Easter Sunday, 1915. The students at Madame Pennington's private school for girls have decided to have a charitable fundraiser for the Red Cross. The students have invited the locals to an Easter egg hunt and for the price of one penny are invited onto the school grounds to find as many eggs as they can within an allotted time. Prizes are offered. During the hunt it is discovered that Madeleine Marshal, the 17 year-old ward of Mme. Pennington has disappeared. A thorough search of the school and its grounds, including the lake, turns up no sign of the missing girl. Madeleine has vanished. Decades pass and she never returns, nor has her body ever been found. What happened to her?

An Easter Egg Hunt (1981) is a pastiche of Edwardian sensation novel told in a unique fashion. The book is presented as a three part manuscript sent to a fictional magazine called An Argosy of Mystery Stories over a period of 25 years. It's presented as a literary detective story on the part of the author who reveals herself to be one of the students at the girls' school. Part one describes in a vignette the day of the egg hunt and Madeleine’s disappearance.

Part two then tells the story of Madeleine -- her arrival at the school and how her gregarious personality and striking beauty affect everyone in the school. Too old to be a student, but too young to be a staff member, Madeleine is caught between adolescence and adulthood. She is allowed to teach French to the students but spends most of her time as a professional chaperon for the younger girls and also assists with housekeeping duties. Her very presence brings about a huge change in the way the girls behave and how the school is run.

Nearby the girl's school is a military training camp, a flight school for young cadets learning to be fighter pilots. Several of the young men are keen on some of the girls. When Madeleine arrives Will Kent falls madly in love with her. The two of them start a secret friendship meeting in a nearby cave for trysts that eventually lead to a sexual relationship. But when a horrible airplane accident ends that relationship Madeleine becomes an emotional wreck. Her changed state then affects the students and staff at the school.

The third part of the story, entitled "The Answer", reveals the true reason for Madeleine's disappearance, why she left the school and what ultimately happened to her. Encapsulated like this the brief novel seems too familiar, like an old-fashioned soap opera. Yet Freeman manages to defy all expectations of the familiar and routine. She tells her story in a compelling manner with an economy of deft prose and artful character portraits. She has an unexpected way of conveying raw emotion and turns up surprisingly poignant moments in this ultimately tragic tale of love, illusion and self-deception in wartime.

Gillian Freeman is best known perhaps for her work as a screenwriter, but has also written a handful of novels touching on often taboo topics (for the time) like gay relationships and pornography. Her first book The Leather Boys, a seminal work in gay fiction, tells the story of two young men both members of a motorcycle gang and their tenuous sexual relationship. Her screenplays include an adaptation of her first novel; I Want What I Want, one of the earliest films to deal with transgenderism; and the psycho-sexual thriller That Cold Day in the Park -- a dual review of movie and novel which is coming soon. 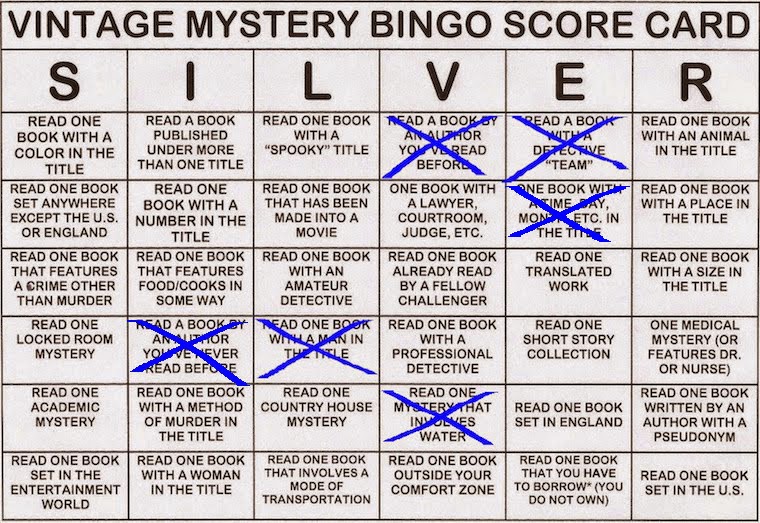 Reading Challenge update: Silver Bingo Card, space E2 - "Book w/ Time, Day, Month, etc. in Title" I figure Easter in the title can be applied to the "etc".
Posted by J F Norris at 10:02 AM