"I Carry It With Me Wherever I Go" (Flash Fiction)

From an idea by Patti Abbott:  Incorporate the sentence "I really don't mind the scars" into a short story.  I went way over the suggested 800 word limit.  For other entries see the list posted at her website.


I CARRY IT WITH ME WHEREVER I GO 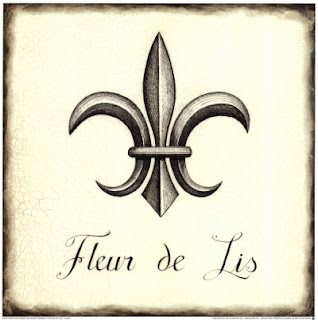 I meant it as a joke. I’m a damned flippant person when it comes to answering personal questions. The topic of hobbies came up one night at the bar and I found out my drinking co-workers were into collecting antique books, early American pottery, and Bakelite jewelry among other oddities. I thought I had nothing to contribute except for a few things I carry with me for life. So when it came to be my turn I said, “I collect scars.”

Joyce did a spit take with her cosmo. Got my tie splattered with fruit flavored vodka. She started apologizing and dabbing at my with cocktail napkins until I just took the damn wet thing off to keep her jittery fluttering hands away from me.

“How many in the collection?” This from Mitch, the only one polite enough to show interest. Make that feign interest. He was always good at feigning good manners. It was an Academy Award winning trait of his.

“A dozen or so. One really big one, though. Kind of turned into a collection over a period of months. More of an accidental collection. But at least with mine I don’t have to worry about theft or security systems or insurance.”

“So what’s the story? I always wondered about that crater in your chin. Just clumsy at sports?” That was Jake, the resident jock. I’m sure he had a few repaired fractures and scars of his own. His crooked nose told a story in itself, but he’s not bragging about his failures or mishaps any time soon.

“Nothing related to sports. They’re more like souvenirs of love gone wrong.” I chugged the rest of my beer for dramatic effect.

Silence. Someone snickered. Joyce stared at my with an open mouth. I wanted to toss the stale peanuts in there. Guess she never saw me as the lover type. To be honest I never saw myself that way either.

The collection conversation topic ended then and there. No one wanted to delve into some love affair that ended in scars as mementos. Only were two were visible -- the one on my chin so exaggeratedly referred to as a crater by Jake, and my left index finger which was missing one third of the tip leaving an interestingly shaped fingernail that looked like an eroded mountainside in profile. But the prizewinners were hidden from public display.

Most of the guys started looking at their watches. Someone’s phone went off with a ring tone that sounded like “Eli’s Coming,” that old Three Dog Night tune.  “You better, better hide your heart...” An omen if ever I heard one.

Time to shuffle off. The exit was a rapid one. Joyce lingered and I felt her watching me. I tried to disappear into my phone pretending to check for messages.

“You cannot think you are going to leave me hanging with that teaser in the air.”

“Oh? You have an interest in me suddenly?”

“Come on! You cannot say something like that and not follow through. Or was it one of your jokes?”

I’m not the confessional type. I hadn’t a clue what made me feel so brazen and honest with these people who were mere acquaintances. People I joked with, drank with, bitched about office politics. But certainly not chummy friends privy to intimate details of my surprising life. But now I had opened Pandora’s Box and there was only one thing left to do. I lie and tell Joyce, “Yes, I made it all up.” Or I take her by the hand and we step into the abyss of my personal life together.

“You know what they say about the cat and curiosity.”

“I’m sure I’ll live. Time to reveal all. Do I need another drink to prepare me?”

We ordered another round. I thought more alcohol might make the telling easier. Maybe even faster. The drinks came and I started mistakenly at the end instead of the beginning.

“To be honest, I really don’t mind the scars. Helps me remember. I want to remember.”

“Most people have photographs for that.”

I could feel Joyce’s concerned look bearing down on me. I was starting to feel vulnerable. It was hurting. I thought of it like the dentist’s drill -- a necessary kind of pain you have to endure. The alcohol would help numb it a little.

“So why are these scars worth remembering?”

Then it came out, slow and stammering. A painful telling with me looking mostly at my index finger and unconsciously rubbing at my chin. I rarely kept eye contact with Joyce. I told of my secret thrill seeking side, my desire to be the lover who’d try anything once. I detailed my relationship with an older guy from my theater days who exuded sex and wrapped me up in a web of sordid backroom bars, sex in public places and a penchant for unusual bedroom games. Joyce listened to my monotone voice relate how at the hands of this brutally imaginative stud I became a human canvas for his artistry. A series of role playing games of dares usually ending with me in the part of debased submission. After several examples I was hesitant to deliver the finishing touch - the pièce de résistance that ended the whole affair.

As I told my story highlighted by graphic descriptions of blades at work, candle wax and lit cigarettes, ligatures and leather belts, I realized that I had two secret collections. I was also a collector of mind altering thrills. That I harbored longings for a life of danger that rivaled rock climbing or skydiving of my so-called adventurous co-workers. The adventure of the human heart entered a territory far more rugged, far more daring, far more savage than I ever imagined.

“You went through all that for months! YOU? Now I know you’re making this up.”

How could I make her believe me now. Once I started I couldn’t stop. But the more detail I offered up the more outrageous it seemed. And really she had a point. I didn’t look or act the part of someone who’d risk being cut and bled and burned and strangled in the name of love or sex or devotion or whatever it was. Before I knew it my voice was no longer a monotone. I started to relive the passion and the thrill. I could smell the candle wax, feel the lighter, more importantly feel the pain. There was one night that would make her believe, I thought. I should tell her about my prize scar.  The one I’d always treasure.

It was the final night when he brought in some branding irons. Apparently they are a trendy gimmick with the outdoor barbecue crowd. Monograms are popular. Nothing like serving up a steak with your neighbor’s initials in them. So cute. But these tools meant for cooked meat have been appropriated for a use the manufacturers never intended by a subculture who find them all too inviting on an altogether different kind of flesh. He let me choose from an array of designs, numbers and letters. I selected the fleur-de-lis. It seemed perfectly medieval and majestic all at once. If I was going to sport this cruel tattoo it might as well look regal.

Then I caught Joyce looking at me. Our eyes met and I knew I couldn’t tell her. That earlier look of concern was now altered into one of disgust. “You sick freak” her eyes seemed to be saying. And I smiled. Let them believe of me what they want.  She’ll never understand this most personal moment of mine. Never. I handed over her coat. I had an easy way out. She gave it to me twice already.

“You got me. I couldn’t let Jake think I was a complete klutz and inept athlete.”

“You fucker!” She swatted me with her coat nearly knocking over our drinks. “You did make it up!”

“Yeah.” I hung my head in mock shame. “The chin is a biking accident. The finger is from my up close and personal meeting with a radial arm saw. That’s it. No other scars to speak of. Except maybe parental tortures long resolved.”

“God! Why did you do that to me?” She laughed nervously. “I always thought you were pretty intense. So private. He’s probably got a dark side to him, I thought. But if all that were true... I don’t know.” She got up and put on her coat. We headed for the door. “I just don’t know.”

When we got outside I stuck around to make sure she got a cab. We were standing in silence, shivering in the windy weather once again assailing the city. She looked at me and smiled.

The cab pulled up and as she slid into the back seat she pulled up the left side of her skirt. I caught the flash of what I thought was a raised, darkened portion of skin on her upper thigh.

“I was surprised by what you said earlier. “

Was that the shape of a fleur-de-lis? Was it just a shadow? She brushed her skirt down again and settled into the cab before pulling the door shut.

“Oh, you know. Because it rang so true. See, I don’t really mind the scars either.”

The door slammed shut. She gave a little wave and leaned back as the cab headed off to her northside apartment.

I could feel the cold air whistling around me. If you had been standing on that street corner you could’ve tossed a couple of stale peanuts into my open mouth. 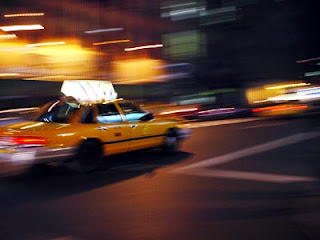