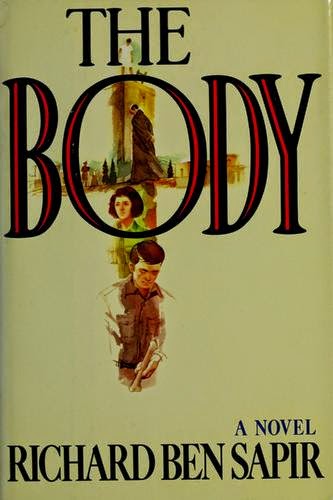 Good Friday. Today Catholics all over the world will attend special masses on this holiest of Holy Days of Obligation and remember the passion of Jesus Christ, the suffering and humiliation he endured on the day he was crucified.

In The Body (1983) Dr. Sharon Golban and her team of volunteer student archaeologists uncover a tomb in Jerusalem.  At first it appears empty, but then Sharon finds a wall of bricks unlike the stone walls of the rest of the tomb and when she removes some of those bricks finds a secret room. In that room there is a skeleton with orangish marks on the leg bones that are almost certainly an indication of oxidation from iron spikes, proof that the body was crucified. She also finds a kiln-fired piece of pottery inscribed with the Aramaic words Melek Yehudayai. Jewish King. Like the scientist she is Sharon considers these facts. Crucifixion was a Roman form of execution reserved for criminals. A king would never be crucified. This must be an sign of a game of mockery that Roman soldiers engaged in. But wouldn't the disc say something more like King of the Thieves? The only person she can think of crucified and called a Jewish King was... But, no, that can't be. Jesus Christ rose from the dead. His body shouldn't have remained on Earth in a secret room bricked up in the tomb where he was laid to rest. Sharon knows this could be a devastating discovery. She has to report it to her superiors.

Word spreads to the Vatican and they set up an international search to find a special man to head an investigation to prove or -- hopefully -- disprove that the body is that of Jesus. They select a very unusual Jesuit priest from Boston College named James Folan. Though many of the candidates for the job have backgrounds in science and archeology Father Folan does not. He is a college administrator who occasionally teaches a class in history. But he is also a former Marine who later worked in Laos for one year as part of an information gathering network for the CIA.  Because of some of his unique answers to the candidate interview process he is chosen as the man to lead the investigation in Israel. It will be a test of all he believes in leading to some drastic changes in his worldview. 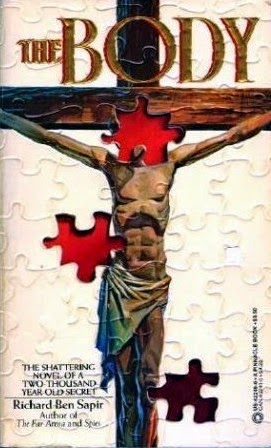 Sapir is best known as one half of the writing team who created Remo Williams, aka "The Destroyer", one of the most popular and successful action heroes in the world of men's paperbacks. He also wrote a science fiction adventure novel called The Far Arena (1979) about the discovery of a Roman gladiator encased in ice who is brought back to life through some fanciful mad scientist experiments. Though much of The Body examines the political and religious implications of the possibility that all of Catholicism is based on a lie Sapir's background in pop fiction adventures unfortunately bleeds into the story. Sharon Golban is smart, feisty, and -- of course -- incredibly beautiful and highly sexualized. Father Folan does his best to fight his attraction to her, but succumbs to temptation. This is the only part of the book I found troublesome. Once Folan starts having sex with Sharon the whole books pretty much falls to pieces. His character and way of thinking drastically change. He nearly forgets the reason he is in Israel is as an emissary of the Pope for a very important task that could have earth shattering results for those who believe Jesus is God. Having Folan and Sharon become lovers cheapens a book that prior to these scenes was a thoughtful meditation on the mystery of faith and the importance of faith in the lives of devout Catholics.

I took an incredible amount of notes on this book and will try to put them into a digest form in a second post tomorrow. The Body has a lot to recommend it and provides a lot of food for thought. It would make a fantastic book club selection at any time of year not just this Easter/Passover season. Sapir includes all types of religion in the story with some provocative scenes that include radical orthodox Jews and a Palestinian living in Russia. Golban herself is half Iranian and her father an immigrant from Iran (though for some reason Sapir insists on calling it Persia). That's just scratching the surface.

The Body was also made into a movie in 2001 starring Antonio Banderas as Father Matt Gutierrez (Folan) and Olivia Williams as Sharon Golban. From one review I read online it seems to be very much updated to include all sorts of computer technology not present in the book and rewritten as one can guess by having a Latino priest in the lead rather than an Irish Catholic from Boston. It also apparently is pretty awful. Nevertheless, I've added it to my Netflix queue and plan on watching it soon. It'll be interesting to see just how different the movie is from Sapir's dense and thought provoking novel. 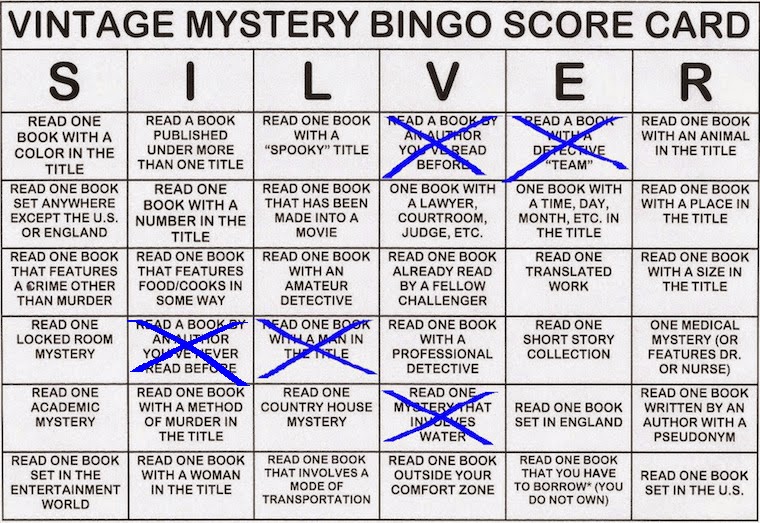