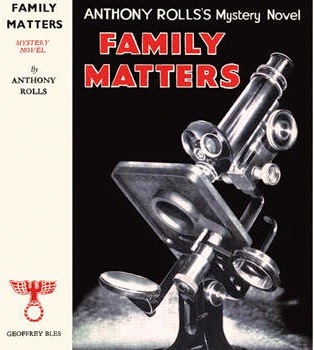 “Everything was foreseen – everything except what actually happened…”

Robert Arthur Kewdingham, recently out of a job as an engineer for a manufacturing company, retreats into a private world occupying his time with his bizarre collections of insect specimens and ancient Roman artifacts and his crackpot occult beliefs. Kewdingham believes himself to be the reincarnation of Athu-na-Shulah, an Atlantean high priest and loves to talk about the wisdom of the ancients who built that lost city lecturing rapturously about their marvelous engineering skills that led to building pyramids and other wondrous feats. He dismisses Einstein's popular theories of physics admiring instead these ancient people “who truly knew the secrets of the stars.” His wife Bertha suffers in silence and maintains an outwardly polite demeanor but longs for the company of a real man. She turns her eyes to a frequent visitor and her husband’s cousin, John Harrigall. The gossipy judgmental housekeeper is eyeing these two and does not like at all what she sees. Neither does Robert Arthur’s father, Old Robert, who openly displays his antipathy for Bertha and her not so subtle way of flirting with Harrigall.

This is the Kewdingham household as we first encounter it in the first few chapters of Family Matters (1933). It is a home of jealousy, hatred, suspicion and spitefulness. We know from the outset that Robert Arthur is targeted for death and we know who is plotting his murder. The surprise comes in how the murder plans backfire spectacularly.

This is not a typical inverted crime novel by any means. We watch the two would-be murderers carry out their nefarious plans never suspecting the inevitable, but unprepared for the genuine outcome. First, there is a particularly evil plot in which Robert Arthur’s own physician Dr. Wilson Bagge uses him as a guinea pig for the development of a lethal poison. Since Kewdingham is a hypochondriac, constantly suffering from one ailment or another and taking a variety of medications both by prescription and of his own invention, Dr. Bagge sees in him the perfect victim. Bertha is the other poisoner and her method is just as insidious, perhaps moreso as she adds her poison of choice – a lead compound that looks like sugar and conveniently has a slightly sweet taste – to her husband’s meals every day over a period of weeks. The two murderers oblivious to each other’s plotting are dumbfounded when their intended victim not only refuses to succumb to each poison he seems to be healthier than ever.

Family Matters begins as an intensely detailed, ironically intimate and – dare I say it – cozy study of a bitter household at war with one another. Beneath the feigned politeness and the veiled insults are deeply felt passions that are held in check. Bertha restrains her burgeoning sexual attraction to John and all but explodes when she is alone with him. Dr. Bagge slowly reveals himself to be not the kindly village physician but a megalomaniacal mad scientist more often found in American shudder pulps. You keep thinking he is going to burst out in a insane laugh and rub his hands together. But he too reins in his passions, holding back his glee and frustrations while conducting the most unethical and deadly of his experiments.

Rolls has a cheeky omniscient narrator who practically spoofs the “Gentle Reader” tone one finds in early 19th century novels of manners by writers like Austen and Eliot. His tone, however, is subtly satiric amid the ease and comfort he initially builds upon.

"A woman’s words, [John] said to himself, have to be translated, not from one language to another, but from one sense to another. You must form your opinion of a woman (if you think an opinion is necessary) by observing what she does, not by listening to what she says."

"If it had not been for this new fear of [her husband], she might have gone on, even without hope; she might have repressed the lurking impulse. Fear, as it so often does, drove a desperate mind to a fatal decision."

"What is peculiar in this case of Robert Kewdingham is not the mere fact of murder, but the extraordinary conflict of design which is presently to be revealed."

Periodically this quaint satiric tone is dropped in favor of outright comedy as in the wonderful scene in which the prattling, piccolo-voiced Pamela Chaddlewick (so perfectly named) stuns Bertha and Robert with her tea leaf reading skills. She takes Robert’s cup and after a few expert swirls foretells a dire warning of a man and woman who will bring danger to his home. She both impresses herself and frightens the others present, especially Bertha who tries to clear the tea things as quickly as possible before Pamela decides to do a few more swirls and sees something all too clearly.

The genius of the book is how it keeps defying categorization. You think you know what Rolls is up to yet he keeps changing the rules almost at each chapter ending. What begins as an ironic novel of manners soon gives way to an inverted crime novel with detailed psychological probing yet once again sheds that label in the closing chapters and turns into a whodunit. When Kewdingham finally does die everyone is stunned to learn the cause of his death. The autopsy turns up not lead poison, not aluminum poison, but that good old detective novel stand-by – arsenic. So where did the arsenic come from and who killed him? A shocking inquest, rivalling any courtroom murder trial, bombards the reader with multiple surprises revealed one after the other until we are led to the inquest jury’s verdict and an arrest. But there are still more surprises in store in the final paragraphs.

Family Matters has been out of print for decades and is one of the few crime novels that justly deserves being reprinted. It’s not just a superior example of a crime novel. I would dare to call it a minor masterpiece. Here is an engrossing and penetrating novel that expertly combines elements of the inverted crime novel, the detective novel and the novel of psychological suspense into one rewarding package. While you may be hard pressed locating an affordable copy in the used book market you may have luck trying to find the book through interlibrary lending services. Your efforts will not be in vain; I guarantee this book will not disappoint. 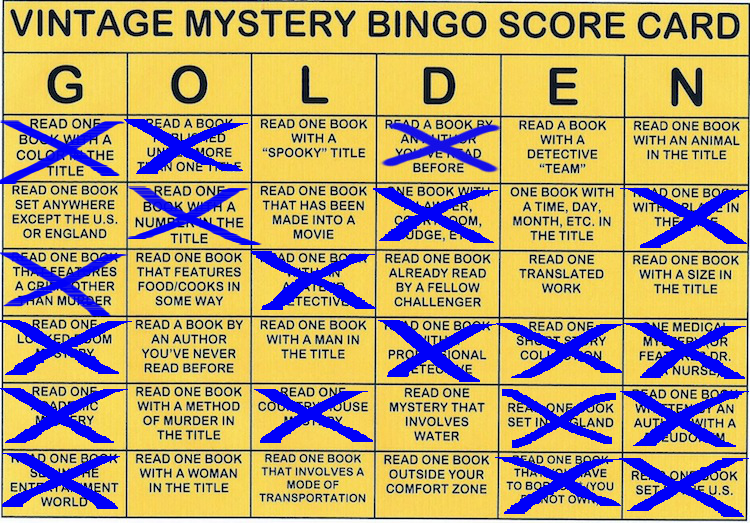