The Devil Made Them Do It 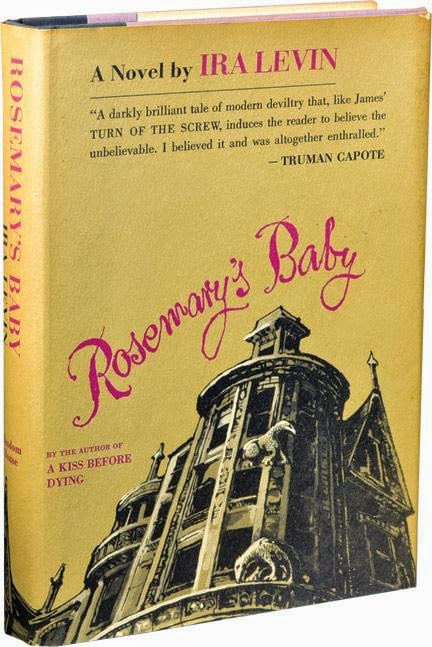 Ira Levin, John Cassavetes, Ruth Gordon and Sidney Blackmer all must be doing gymnastics in their graves.

A few nights ago I saw a trailer for the upcoming TV movie remake of one of my all time favorite novels and horror movies -- Rosemary's Baby. I screamed, "What? Are you kidding me?" at my television once again upsetting Joe who dislikes it intensely when I talk to the TV.

Jason Isaacs, so compelling as Jackson Brodie in the recent UK TV series based on Kate Atkinson's crime novels, has been cast as Roman Castevet. Way too young for the role. Minnie has been renamed Margaux and is played by French actress Carole Bouquet. Minnie is gone! Now I know this is going to suck. Clearly, the producers have decided to rejuvenate another classic and market it to a younger TV viewing audience with no memory of the original film.

Zoe Saldana, an actress I am not impressed with, is Rosemary. Mia Farrow IS Rosemary Woodhouse! To my mind only an immensely talented actress could surpass Farrow's performance. Certainly not someone as mediocre as Zoe Saldana.

Canadian actor Patrick J Adams is playing Rosemary's husband. He appeared on a cable TV series called Suits most recently. Never seen him in anything. Beats me if he has the stuff to even match Cassavetes' portrayal of the overly ambitious actor Guy Woodhouse who makes a diabolical pact in exchange for success on the Broadway stage. Looks like so many baby-faced young actors these days. He's got that trendy scruff to make him look older for this part. 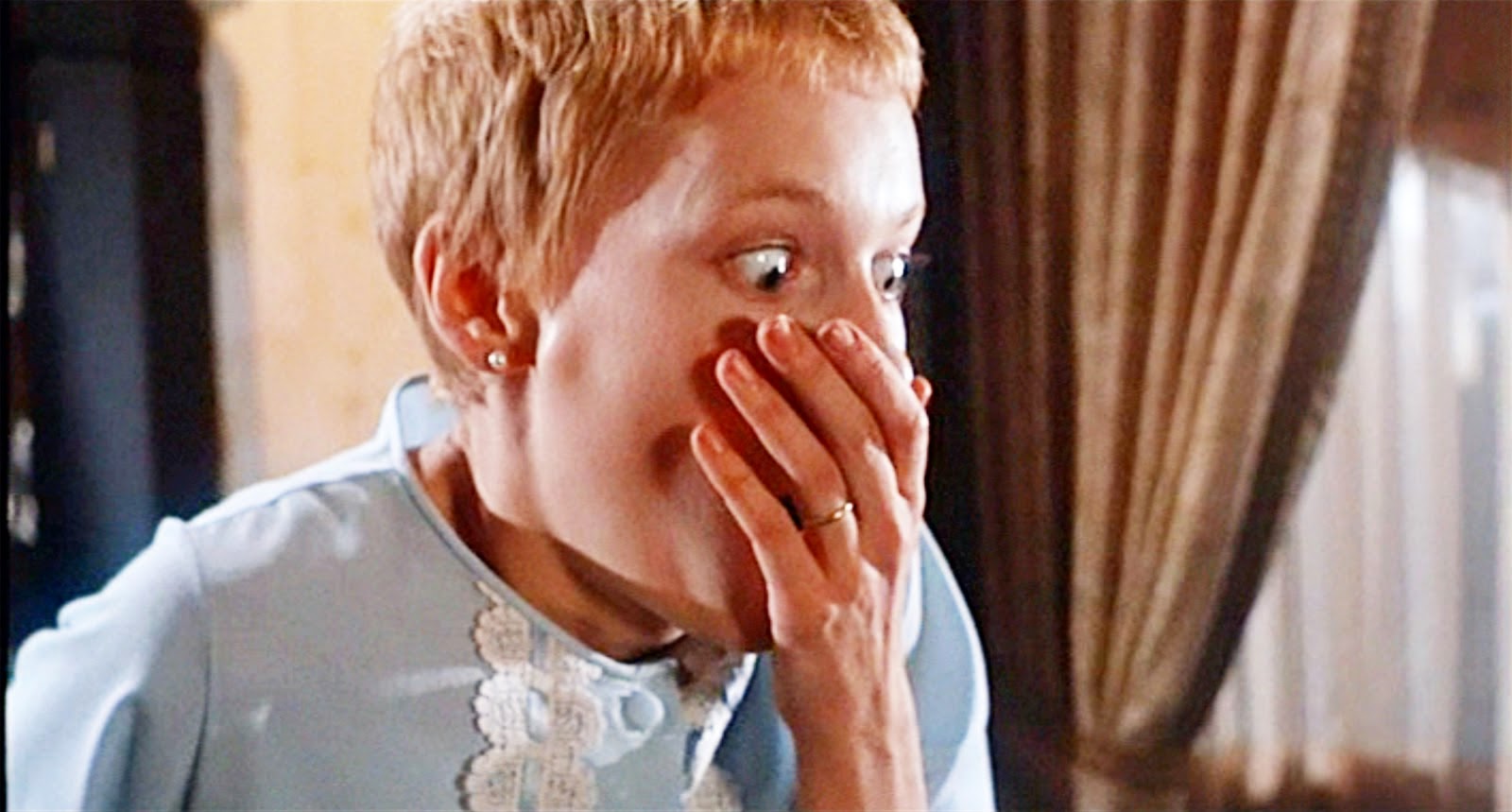 I'm not impressed by the TV script adaptors credits either: Final Destination 3, Queen of the Damned, and that train wreck of a TV series American Horror Story. The only saving grace might be director Agnieszka Holland who made such memorable movies as Europa, Europa and The Secret Garden (w/ Maggie Smith) and who most recently has been making a career of directing cable TV shows like Treme, The Killing, and The Wire.

The movie -- a four hour, two parter -- will be broadcast in May on NBC. For more info see this webpage at NBC.com.

Anyone else think this is a horrid idea? Anyone planning to watch this? I'm not sure I'm even mildly curious about what they've done to update it. Some movies should never be remade. This, I think, is one of them.
Posted by J F Norris at 11:19 AM