One Drop of Blood - Anne Austin 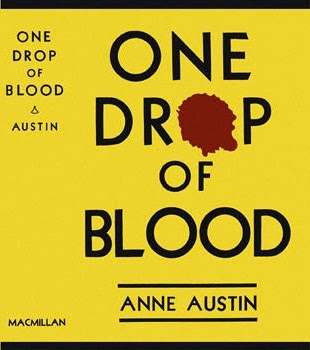 There's trouble at Mayfield Sanitarium now that Dr. Carl Koenig, their kindly director is dead. Someone has bludgeoned him with a miniature replica of the famous Discus thrower statue. His office is in a shambles: medical records shredded and torn, books thrown about the place, a crystal lamp overturned. It appears that one of the patients lost complete control and turned into a homicidal maniac. But of course it only appears that way. James Dundee makes this crucial observation. The crystal lamp in intact as if it were delicately placed on its side and not knocked over. The books are artfully arranged and not lying open if they were thrown to the floor. And a single drop of blood is found on the upper corner of the doctor's desk. Why did the murder clean up all traces of blood but miss that one drop?

One Drop of Blood (1932) is the penultimate detective novel by little known American writer Anne Austin. Based on this one book I'd say she was influenced by the works of Van Dine and Queen. The detective work involving the reason for the oversight of a single drop of blood is an example of the kind of outside the box thinking that made Philo Vance and Ellery Queen so distinctive in the realm of amateur sleuths. Dundee is perceptive and insightful whereas Captain Strawn (who has annoyingly nicknamed Dundee "Bonnie" due to  his Scottish heritage) is the typical gruff, impolite cop who jumps to conclusions. Each time a new suspect shows the possibility of being in the vicinity of the murder scene Strawn spends the next two paragraphs coming up with faulty reasoning and absurd motives for that suspect being the killer. 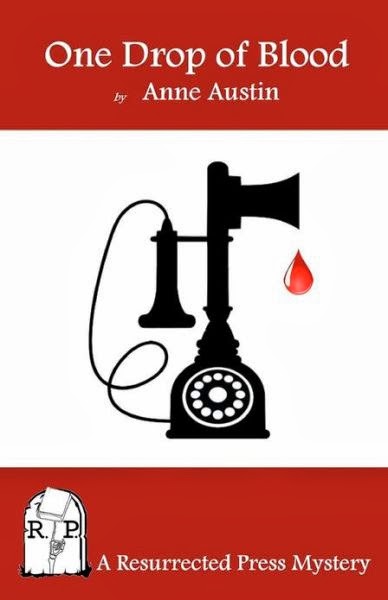 Unlike Queen and Vance Dundee is no amateur. He makes his living as a Special Investigator for District Attorney Sanderson in the mythical Midwestern town of Hamilton, the actual state is never named but is probably somewhere in eastern Michigan based on Hamilton being in the Eastern time zone and a five hour train ride from Chicago. Dundee is so good at his job his sleuthing skills are known to law officers all the way in Los Angeles. Dundee soon discovers that in 1919 three of the patients at Mayfield were all under the care of Dr. Sandlin at the Good Hope facility in California. This is one of those crazy coincidences you just have to accept in order to keep going with the story.

In addition to the mystery of who killed Dr. Koenig Austin manages to concoct multiple past lives of five patients far more interesting and puzzling than the mysteries at the murder scene. Like many a detective novel from this era the solution to the murder lies in the secret filled past. Dr. Koenig we are told early in the novel made a supplemental income as an expert witness in trials where insanity is the defense. Several of the patients' case histories are discussed in detail and the reader is treated to a litany of mental illnesses -- some still legitimate diagnoses, some outdated -- ranging from dementia praecox to nymphomania. As long as you can accept the 1932 setting and forgive some of the passe, often risible, psychobabble and focus on Austin's much more impressive handling of the mystery plot you'll enjoy this forgotten writer's book. I'm already on the search for more to see if the rest live up to this impressive job.


* * *
This is my second book for the 2014 Vintage Mystery Reading Challenge for which we are to fill in Bingo style cards. My goal is to fill in both cards -- Golden and Silver Age with 36 books on each card. This one fulfills the requirement for space O2 ("A Book with a Number in the Title") on the Golden Age Card. 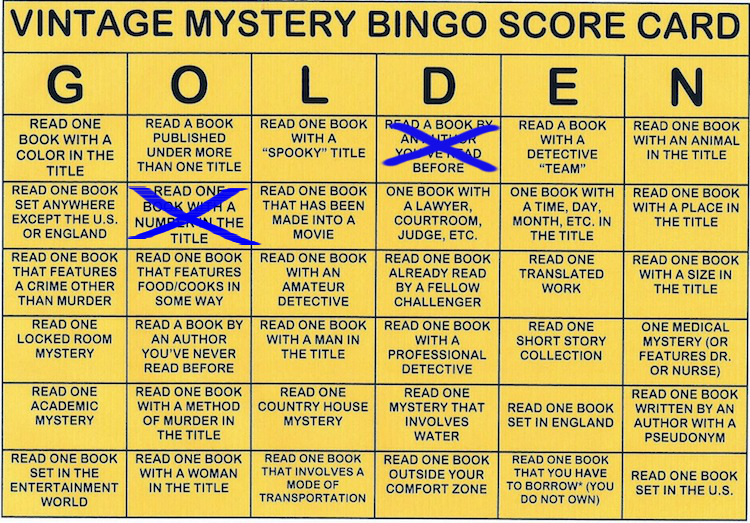