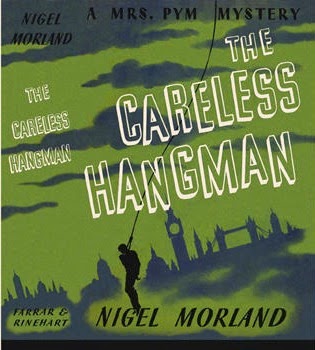 She began her professional life in journalism, then joined the Royal Navy during World War I and was sent to China where she worked as Chief Secretary to the Director of Remounts for four years eventually join in the Shanghai police force. Her unusual career then took her the United States where she became a consultant for various police forces including New York, Chicago and of all places Omaha, Nebraska. She can also boast having helped out police organizations in Berlin, Stockholm, Rome, Madrid and Buenos Aires.

How do I all know this? Nigel Morland supplies her Who's Who entry as the foreword to The Careless Hangman (1940), her tenth appearance as Deputy Assistant Commissioner of Scotland Yard. That makes her the earliest highest ranking police woman in detective fiction. Mrs. Pym has not only loads of experience but an ample amount of chutzpah. What a refreshing change from the eccentric and near sociopathic amateur detectives that make up most of the lead characters of the Golden Age.

In The Careless Hangman Mrs. Pym and her colleague and partner Chief Inspector Shott uncover the reason a skeleton was hidden inside a tailor's dummy, why it was dressed in the clothing of a wealthy businessman who made his fortune selling a miracle depilatory and why some well known con artists have coincidentally moved next door to the cosmetics millionaire. Morland mixes these oddities usually found in a traditional whodunit and throws them into the structure of a police procedural with skill and imagination. As the story unfolds Morland also introduces forensic anthropology, innovative autopsy techniques, and an abundance of scientific arcana -- his most consistently fascinating contribution to his crime fiction. Even a modern reader can join in the surprise when Professor Shebron says, "This is most interesting. I had no idea that bacteriology had such practical possibilities in police investigation." 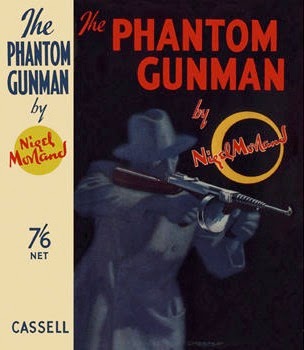 With the creation of Palmyra Pym Nigel Morland was attempting to bring the crime novel out of the realm of puzzling fantasy into the real world of messy crime where not all the clues will necessarily fall neatly into place. Mrs. Pym is as far removed as possible from the brilliant detective who explains all as if he were putting all the evidence in a neat gift package, wrapping it with pretty paper and tying it up with a perfect bow. There is disorder in the world of Palmyra Pym. There is danger and menace. Bullets fly and policemen's lives are at risk daily. She faces it all with guts and insolence and unorthodox police procedure.

Nowhere is this realism more apparent than in The Careless Hangman. There are multiple criminals at work not one fiendish individual, there are two attempts on Mrs. Pym's life one of which she laughs off as half-witted calling it a "stunt that'd make a Chicago man laugh himself sick." One of the policemen prides himself on his intimate knowledge of the people in Barbary Cut, the neighborhood where the tailor's dummy was discovered. Pym and Shott are able to get better cooperation because of this policeman's disregard for class distinctions, noting instead the importance of their family life details which he has wisely memorized. Prior to each introduction of a witness the policeman asks about a husband, a wife, a child thereby humanizing the police and lessening the innate suspicion the people of Barbary Cut have for the "rozzers".

In the final pages Morland allows Mrs. Pym to emphasize what must be his manifesto for the future of the crime novel:

"Is there one single case in the Registry files that's been put away with every tidy angle rounded off? Come again, Superintendent! Human nature doesn't go in for card-indexing systems in its actions, and if we're going to mess about with motives, reasons and logic in crime we'll be here for a month."

There is nothing tidy about crime and certainly not in solving crime. The Palmyra Pym crime novels are pivotal in de-emphasizing the puzzles of the whodunit and focusing on the chaos of violent crime and unpredictable criminal behavior. The Careless Hangman is an accomplished example of this turning point in the development of the modern crime novel as we we know it today. Who says you can't learn from the great writers of the past? 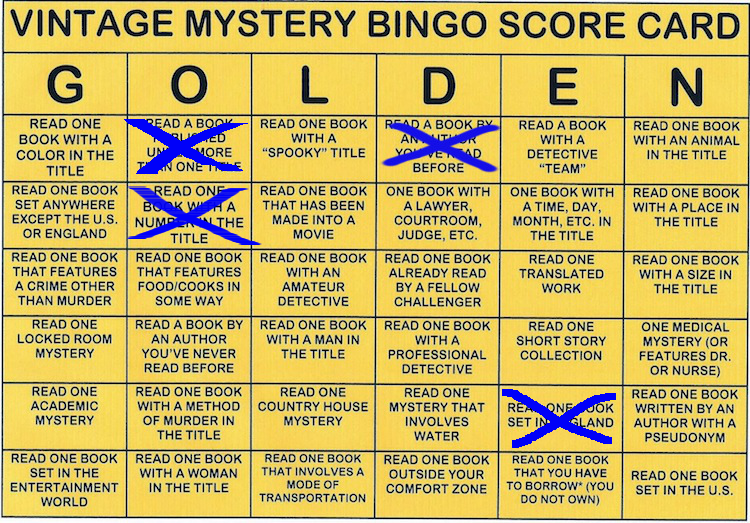