FFB: The Man in the Moonlight - Helen McCloy 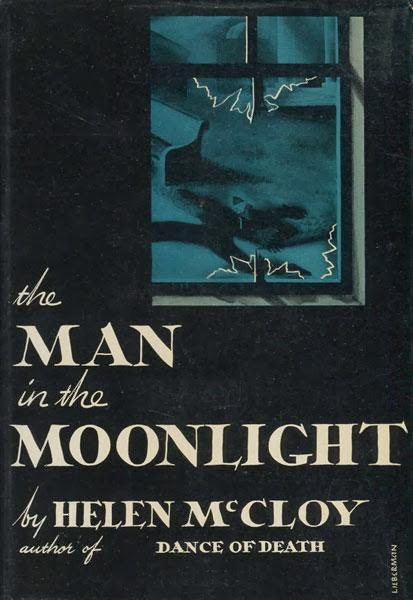 Helen McCloy would have made a great writer of TV crime show scripts these days. While reading The Man in the Moonlight (1940), her sophomore detective novel featuring Dr. Basil Willing, I was struck by the abundance of arcane bits of scientific knowledge that made up the clues and evidence in her usual fascinating plot. She introduces biochemistry, anatomy, abnormal psychology, symbology, and even the construction of heating and air conditioning units in to her multi-layered plot. The story of the murder at Yorkville University could easily have been an episode on House or Elementary or any of the dozen of shows in which the plot hinges on little known medical, psychological and historical facts.

1. Suicide by a gun in the mouth is the most common method of self-destruction among German and Austrian soldiers.

2. There is an abnormal condition of the thymus gland that can result in giving people a youthful appearance not consistent with chronological age.

3. A certain type of lesion in the septum is indicative of chromic acid poisoning.

4. There is a discussion of HVAC construction and its flaws and how it relates to acoustical anomalies that allow the murderer to eavesdrop on private conversations in one room while being hidden in an adjacent room below. 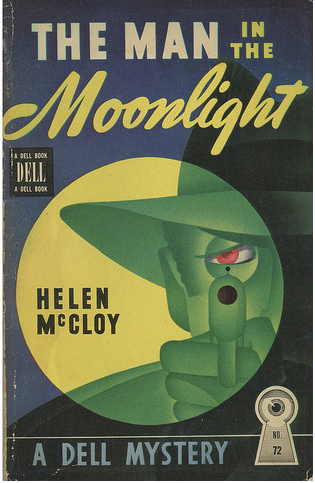 That just scratches the surface. My notes include three other points which unfortunately would reveal a few well deserved surprises. As I've said before McCloy was way ahead of the rest of her mystery writing colleagues in tackling what are now almost routine in plot devices. She was, in my opinion, the first of the truly modern detective novel writers.

Inspector Foyle is visiting Yorkville University and loses his way en route to a meeting with the dean. He runs into Professor Franz Konradi, a research biochemist, who interrupts Foyle as he is looking over a piece of paper. The paper begins with the jarring sentence "I take pleasure in informing you that you have been chosen as murderer for Group No. 1." and continues with detailed instructions on how to play the role of the murderer. Prof. Konradi thinks Foyle has found a missing paper in written in his native German, but is as equally puzzled by the instructions when Foyle shows him the paper. Prof. Konradi must hurry back to his lab and leaves Foyle with the cryptic comment that if anything unusual should happen that night Foyle should know that Konradi would never commit suicide. Something indeed does happen that night. Konradi in found in his locked laboratory dead of an apparently self-inflicted gunshot wound. 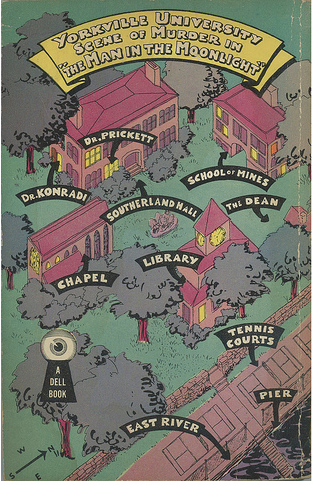 Foyle enlists the aid of Basil Willing, consultant in psychology to the New York District Attorney's office, to help make sense of a murder disguised a suicide. In the process of the investigation Foyle and Willing must uncover the bizarre psychology and behavioral experiments of Raymond Pickett who confesses to using his own children in behavioral pre-trials. His experiment with a "sham murder" was modeled on a mouse in a maze. He tells the police that he turned Southerland Hall (where Konradi is found dead) into "a gigantic maze similar to those we use in animal experiments with only one exit which the animal is compelled to discover under the urge of fear, hunger or sex." It doesn't help matters much when the gun used to kill Konradi turns out to be Prickett's and was intended for use in his sham murder experiment.

As is usual in the early Basil Willing detective novels the field of psychology and its practices are intrinsic to the plot. There is one sequence involving association tests (a much overused device by less informed mystery writers going back to the early 20th century) that for once is actually interesting to read about. McCloy also incorporates a discussion of lie detectors, how they work and their unreliability in police investigations. The use of a lie detector test is part of Pickett's experiment. But perhaps the most interesting point related to psychology is Willing's theory that there is truth in a lie, that creative lying reveals the devious mind of the murderer.

Another highlight that makes this a stand out in mystery novels of the period is the role of German and Austrian refugees fleeing Europe for America and other parts of the world. Basil will meet Gisela von Hohenems for the first time in this book as secretary to Prof. Konradi. Though the police try to make a strong case against her in the course of the investigation readers knowledgeable about the later books in the series will know that she will be in the clear. Gisela, you see, turns out to be Mrs. Willing by the fourth book. But among all these compelling features the most important is the role of capitalism in wartime. The motive for the murder will be tied to the discovery of a synthetic metal and its effects on global economy. As ever McCloy devises an intelligent mystery with a thoroughly original and captivating plot.
Posted by J F Norris at 9:50 AM