An Afternoon to Kill - Shelley Smith 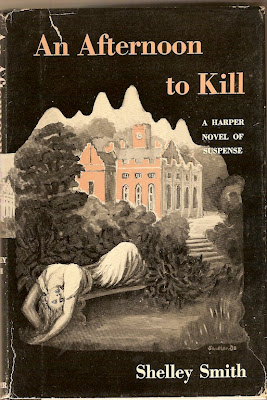 There is tendency lately among actors to refer to their career as "their craft." Fiction writers, too, have been known to call writing a craft. But as far as I am concerned storytelling whether it be done through the page or on the stage should still be considered an art form. And I think Shelley Smith would agree with me. In An Afternoon to Kill (1953) she explores the talent and skill involved in storytelling and makes a sound argument for it not only being a true art but also a powerful tool.

Lancelot Jones is en route to a small town in India where he will take up a teaching post when his plane is inconveniently grounded miles from his destination. The pilot tells him there is a minor mechanical problem and repairs should take only a few hours, perhaps the entire afternoon. Lance decides to take a walk and head to the first building he can see not far off in the horizon. He rings the bell and explains his predicament to the servant who answers. The mistress of the house, Alva Hines, allows him entry and plays hostess to him for the afternoon, providing him with a meal and talking about her love of novels and stories and the power of words to hold sway over the reader. Jones dismisses it all as worthless admitting that he never reads fiction. Alva is taken aback and the subject of books is abandoned. Then Lance says he would much rather learn how Alva came to live in such a remote part of the world. Alva confesses that it is a rather long story. Would her care to hear it all? It might just take the entire afternoon. Lance has little to do but wait until his plane is repaired and he agrees. 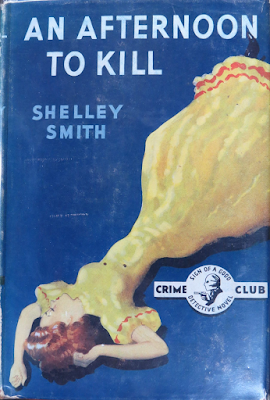 This amazing novel is one of those skillful "tale within a tale" books. Alva tells an ever increasingly intricate story that takes us back to the turn of the 20th century. Like the sensation novels of Collins and Braddon that were popular in the late Victorian age Alva's story involves duplicity, treachery, adultery and murder. Or is the mysterious death that takes place in her story a suicide? Much to Lance's surprise he is held rapt and finds himself under Alva's hypnotic storytelling spell, frequently interrupting her with pointed questions. When she concludes her tale Lance confronts her with a startling accusation. The reader I'm sure will follow suit in succumbing to Alva's alluring story and will be as completely surprised as Lance upon reaching the final page.

I am completely under the spell of this fine writer, one of the several I have recently discovered who deserves to be much better known. More Shelley Smith book reviews coming to this blog. Stay tuned for my next foray into Smith's fascinating world when she explores the "Fatal Attraction" theme in her suspense thriller The Crooked Man.
Posted by J F Norris at 9:09 AM