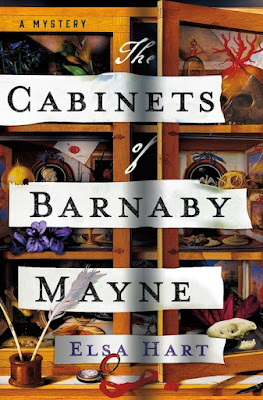 Collector mania. Why have I read yet another book about an aspect of my own life? Am I really that self-obsessed? Must I read about collecting in order to understand my own obsession with obscure genre fiction and my almost pathological acquisition of hundreds of these books? Do I really need to read one more novelist’s ideas about the psychology of monomania? Yes to all questions! And after all this book is set in the 18th century. (OK, that was just a feeble excuse to look the other way when faced with answering those questions I posed) But guess what? This was quite a page turner. And the best part? The Cabinets of Barnaby Mayne (2020) is a legitimate detective novel.

Until I stumbled across Elsa Hart’s fourth novel in the library I knew nothing of her or her books. According to the jacket blurb and her bio she has written three other mystery novels featuring Li Du, a librarian of 18th century China living in exile near the Tibetan border who accidentally becomes a detective. The subject matter of each of those books seemed a bit eggheady to me and would not have appealed to me. But The Cabinets of Barnaby Mayne despite its possibly dreary 18th century setting and a self-consciously decorous writing style won me over almost immediately. Hart knows how to tell an engaging story, creates lively and flawed characters, is masterful with her plotting and actually employs fair play detective novel conventions. I devoured this book the way a mad collector goes after a rare specimen to complete a set of wondrous objects.

Cecily Kay travels from her ex-patriated home in Smyrna where her husband is a diplomat to London in order to study the collection of plants in the awe-inspiring and vast collection of oddities in the museum like home of Barnaby Mayne. While conducting a tour of his home for Cecily and other like-minded collectors there to marvel at the shells, plants, insects, taxidermized animals and esoteric artwork Mayne is distracted by an urgent message. He excuses himself allowing his guests to wander his home on their own. Shortly afterward he is found brutally murdered in his private study. His assistant is found in the room holding a knife in his hand and screams out “I killed him!” and then flees.

Is it all over before it has even begun? Oh no, my friends. Cecily has noticed things that just don’t add up. She disbelieves the confession from the meek assistant and is convinced he is protecting someone. She and her friend Meacan, a talented illustrator hired to do some drawings of Mayne’s collection, turn amateur detectives to ferret out the truth. When Lady Mayne arrives to take care of her dead husband’s estate she is encouraged to have the collection catalogued. Meacan and Cecily are quickly appointed to undertake the daunting project. Their presence is the house then allows them opportunity to investigate the murder site. They can also pore over the rooms without being questioned as they simultaneously carry out the cataloguing task and hunt for evidence the police might have overlooked since they have in custody the confessor and think the case is closed.

The suspects are numerous but mostly confined to the men and one woman who were present in the house during the tour. Over the course of their sleuthing and probing Cecily and Meacan uncover an investment project that is financing the search for sunken treasure at a shipwreck, a cabal of occultists who may have been involved in secret rituals, and meet with a sinister coffee house owner who is part con man and part vigilante. Hart gives us an abundance of thriller conventions like abduction and eleventh hour rescues in addition to the requisite, sometimes slyly underhanded, questioning as part of the murder investigation. 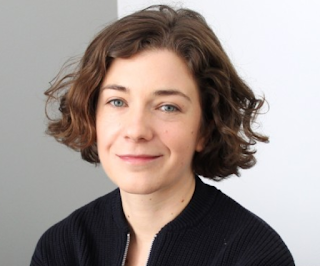 And while there are some well-placed clues that I missed the book suffers from one of the cardinal sins of this type of adventure thriller – a not so well hidden villain.  I immediately suspected one character the moment he first appeared and was proven correct. I didn’t have to examine his motives or behavior, My targeting him was based solely on the fact that he exemplifies a certain archetype found in Gothic and neo-Gothic novels from which The Cabinet of Barnaby Mayne has most definitely evolved whether Hart is conscious of it or not. When I see that type of character in a novel of this sort I always expect the worst outcome, underhanded manipulations of even seemingly good actions.

On the final page Cecily mentions she has received a letter about the current tenants fleeing her home that she and her husband leased while they were in Smyrna. The letter writer implies something rather mysterious was going on. She offers Meacan a chance to travel with her and investigate the reason why the family left. This most likely indicates a sequel in the works. Perhaps the second book of another trilogy? I’ll be sure to check out the next adventure of Cecily Kay and Meacan. Even with its obvious villain this was one entertaining contemporary mystery novel -- well written with a couple of excellent lead characters and a cast of eccentric people who hide unexpected secrets and so detailed and steeped in its milieu that I felt I was reading a book written centuries ago rather than only last year. Elsa Hart is worth watching. I may even try one of the Li Du mystery novels now.