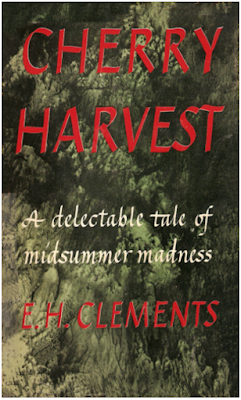 In the intriguing opening of Cherry Harvest (1944) set on a train filled with soldiers Duncan Carey in a fit of nostalgia is headed to Burbury Manor. He remembers visiting the place as a child and has fond memories, especially of its cherry orchard. He had been ordered to take a leave of absence from his job for what is vaguely hinted as some sort of nervous breakdown. A surprise is in store for him when he learns from Anthony Lord, one of his fellow train passengers, that Burbury has been transformed into Cleeve School, a boarding school for girls, and that most of the students have been evacuated. Lord is on his way to visit his music teacher girlfriend at the school and to help her with the few girls remaining behind waiting for relatives to claim them. Also in this opening chapter we learn that two sets of parents, the Passmores and the Willows, are headed to Burbury to pick up their daughters. Rounding out the varied cast of characters are Miss Hartland travelling with her Skye terrier to visit little Jill Mannister, who is the daughter of her friend Captain Mannister and Alan Brent, who also is a friend of Mannister’s. And of course there are the members of the school staff led primarily by headmistress Adela Knowles and music teacher Celia Staire. Ultimately, the mystery at the heart of Cherry Harvest is to ascertain Carey’s true reason for visiting Burbury, what his real job is and why he had the breakdown.

Languorous and nostalgia filled this protracted exposition introduces many characters and sets up myriad relationships. But literally nothing happens for the first 80 or so pages amid all the introductions. There is, however, plenty of dialogue: chit chat and gossip about the parent’s children, commentary on the war, tidbits about how railway cars are set up during wartime (no restaurant car, by the way, due to food rationing), on and on.

Where was Alister Woodhead, Clements’ series character, in all of this? I was beginning to be haunted by Carolyn Wells and her habit of waiting until the last third of the book before she inserts the real protagonist detective into the story. Woodhead does not appear until the middle of the third section titled “Sunday” in this four-sectioned book that takes place over a long weekend. The real action of the book does not pick up until after the characters arrive at the school and the students and teachers are introduced all of which lasts well into the “Sunday” section. Then suddenly poor Thomas, the dim-witted but friendly groundskeeper at Cleeve, is found shot. His body is at nearby a lever that controls a contraption called the bird-scarer – a conglomeration of tin cans and scrap metal fitted into the branches of the cherry trees in order to frighten away marauding jays and other birds who eat the cherries. How he was killed is a slight mystery and is rather important to the underlying mysteries related to Carey’s arrival. But none of that is fully explained until Woodhead shows up.

One of my primary problems with the way Clements chooses to tell her story is her insistence on having her characters talk nonstop in relating incidents that occurred offstage without the reader’s knowledge. This is the “Greek tragedy syndrome” of writing crime fiction that I loathe. I would prefer that the reader actually see the events occur rather than have two or three people talk about it to one another after the fact. When Clements does decide to give us action as it happens (about three times over the course of the novel's length) she is in high suspense mode. It is disappointing that she opts for more talk and less action for Clements has a true talent for action and creating an eerie atmosphere at Cleeve School. The story could have been that much more suspenseful and less satirical given the gravitas of her story. A man has suffered from nervous exhaustion while devoting himself to military secrets and inventions and has lost his memory. Another man has been gruesomely killed and is practically forgotten the moment he dies. But Clements would rather focus on the antics of the girls, their cutesy talk and competition in making friends with Duncan Carey, and the satiric humor embodied in Stella Passmore who represents a kind of ridiculous bourgeoisie British woman obsessed with propriety, status and materialism. 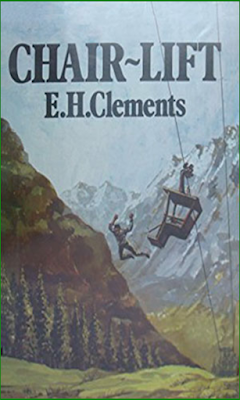 Cherry Harvest is a wartime novel given to fine detail about the intrusion of the military into British mundane routine, but it barely touches on detective fiction novel structure and conventions. True the story includes a smidgen of espionage, but it is so wispy and nebulous in that department that it barely exists. Alister Woodhead after his late entrance does step in as if he owns the place and sorts out the confusing mess of why Carey is there, why he is being hounded by mysterious and shadowy figures, as well as finding out why Thomas was shot and how the murder happened. The bird-scarer machine figures prominently and may hold the key to all the various puzzles and mysteries. But the crime and various mysteries serve almost as background while it is relationships and character that dominate the narrative.

Having only sampled this one book of the three I own I’m hesitant to try the others. I hope the languorous storytelling is a signature of only this particular title in the series. Clements has a flair for creating suspense and building atmosphere when she puts her mind to it. She seems to understand the concept of the MacGuffin fairly well and uses it very much the way Hitchcock does in his movies as that special something that the characters must go after and try to possess but which matters little to the viewer or, in this case, the reader. We know very little about this invention of Carey’s other than two words. Not why it is important to the war effort nor what it does nor anything really.

When not focusing on the main plot the writing, especially the first two thirds, is overloaded with lighthearted satire and archness reminiscent of Christianna Brand, Georgette Heyer and Gladys Mitchell. The more I read the more I found in common with Mitchell. Is it a coincidence that the headmistress’ first name is Adela? That the murder is not really a murder? That hidden motives are explained by 1940s style pop psychology? Perhaps I read too much into these things creating links where none really exist.

There is next to nothing about Eileen Helen Clements (1905 – 1993) on the internet. She has no interesting biographical tidbits found on any of the dust jackets of the few books I own. I can find no obituary online and the sparse coverage of her books came from Kirkus Reviews, as is usual with that journal the articles are ultra terse. Virginia Kirkus seemed to like the books giving favorable comments to the four Clements novels she reviewed over a five year period. She particularly liked the characterization of the children in Cherry Harvest. 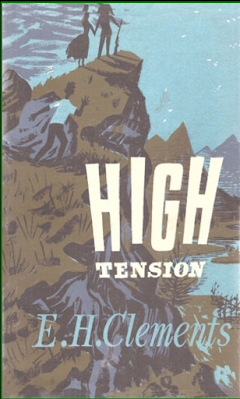 Like Gladys Mitchell, the writer E. H. Clements most resembles in style and approach to crime fiction, only a handful of her books were published in the US and none of them received paperback reprint editions. This may be due to the thoroughly British flavor to the characters and events in her books that can sometimes be off-putting to American readers. They just may not have sold well at all during the war years. After Cherry Harvest was published none of the remaining eleven titles in the Alister Woodhead series appeared in the US.

I first learned about Clements and Alister Woodhead from the fan fiction website Spy Guys and Gals devoted to a wide range of US and UK spy thrillers and novels of espionage. This first book I sampled seemed a blend of detective novel – albeit rather obliquely structured – and some traces of espionage in the pursuit of a MacGuffin. I’m curious how Clements treated the other plots in the books that followed Cherry Harvest which is only the second appearance of Woodhead. He appears in two other novels previous to this, one of which has no crime plot (Bright Intervals, 1941) and tells the story of his first year of marriage to Elizabeth. It will be interesting to see if Clements turns out to be the Gladys Mitchell of WW2 era espionage fiction. Stay tuned.