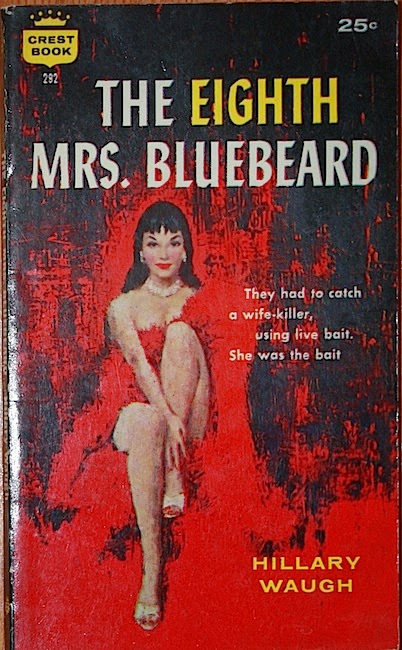 The Eighth Mrs. Bluebeard (1958) is a crime novel that mixes a suspense novel with a caper novel. Basically it tells of a sting operation set up to trap a murderer defrauding a company out of thousands of dollars in life insurance policies. J .B. Stanford, president of his own insurance agency, begins to suspect multiple instances of insurance fraud when he sees a series of claims being paid out on the wives of different men all of whom are named Andrew. The big red flag, besides the highly unlikely coincidence of the first name, is that five of the six wives of these various Andrews died from accidental deaths in the great outdoors, and the repetition of the types of accidents (drowning in a canoe accident, falls from cliff sides) further sets off alarm bells.

Stanford arranges a mindboggling scheme involving Jack Graham, a top salesman; Charles Miles, a private detective; and Gene Taylor, the woman hired to catch Andrew Fisher’s eye as his next wife and future victim. A prized stamp collection is also part of the bait when the team discover that Fisher is a rabid philatelist eager to acquire rare stamps. They arrange that Miss Taylor play the part of a recently widowed woman who inherited her husband’s extremely valuable stamp collection to entice Fisher into meeting her. From there the story becomes a game of cat and mouse between the insurance agency team versus the wily wife killer. 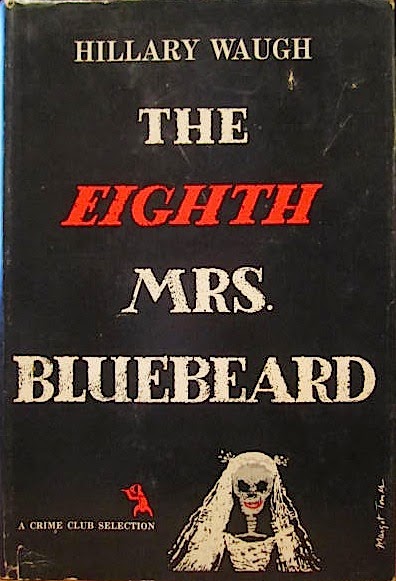 How likely this would happen in the real world is debatable. To me all sorts of ethical issues arise, not the least of which is corporate vigilantism, 1950s style. But as a dramatic treatment of crime Waugh pulls off a couple of neat tricks in what might otherwise have been a routine B movie plot. I also liked that Gene Taylor was not an actress for hire as one might expect, but a desperate woman who needed money fast and was sort of a thrill-seeking tough broad who didn’t mind the element of danger involved. The showdown at a lakeside resort offers up a couple of unexpected twists when it appears the Andrew Fisher is not the only villain Jack Graham has to contend with.