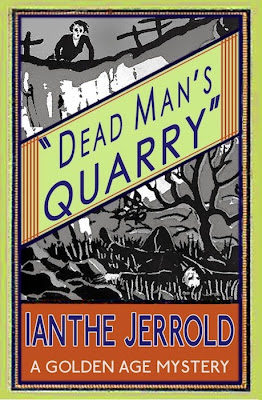 A group of art students touring the Hereford-Wales border country on bicycle lose one of their party on a simple ride down a hill and begin to fear the worst in the opening chapters of Dead Man’s Quarry (1930).  The next day Charles Price’s body is found at the bottom of a disused quarry along with a crushed bicycle.  But what at first appears to be a bad accident turns out to be something more insidious when a bullet hole is discovered in the back of Sir Charles’ head.  Sir Charles engendered plenty of dislike among the group of cyclists with his loud laugh, his caddish behavior towards female servants and his very un-English ways displayed as the newly placed baronet of Rhyllan Hall.  He had travelled from his former exile in Canada to reclaim his rightful place now that his uncle Evan has died and Charles was named heir to the estate.  Clearly someone didn’t approve of the new baronet or his return to England.

Dead Man’s Quarry is that rarity of a forgotten novel that has rightly been rediscovered and reprinted for the ever growing audience of traditional detective novel readers who crave more and more of the old-fashioned whodunits of the past.  First and foremost it does what a truly fine detective novel should do—it entertains the reader on all levels.  Ianthe Jerrold’s best assets include her lively sense of humor and her refusal to pull cut-out characters from the dusty trunk of expected stereotypes and archetypes usually found in detective novels of this era.

Take for example the platoon of servants at both Rhyllan Hall and various other hotels and households that dot the surroundings.  Usually relegated to comic background roles in standard mystery novels of the Golden Age Jerrold’s servants rather are essential to the plot. Each one steps into a spotlight briefly for an important moment.

Waters, the vain footman, is candid about a servant’s typical transgression of being too interested in letters left on tables.  He openly confesses to reading a cryptic letter, quoting it from memory, but only because he has to tell someone and confiding in the maids would’ve been disastrous to his perceived reputation.  The housemaids, similarly are frank and honest when most would expect them to be close-mouthed and guarded.  But their willingness to cooperate is due mostly to Mrs. Maur, the housekeeper whose slightly sinister demeanor is enhanced by an iron will and intimidating gaze.  The maids are more frightened at what Mrs. Maur might do should they withhold information rather than fearing any punishment the police might come up with. One of the most unusual pieces of evidence comes in a kitchen maid’s elaborate story about what happened at breakfast the day of the murder. She blames the appearance of a shadowy figure seen skirting through the apple orchard. Thinking he might be a fruit poacher she left the kitchen and the eggs unattended for nine minutes and ruined everyone's breakfast. The stolen apples and later some missing eggs will prove to be some of the exceptionally odd clues in the final solution of who killed Sir Charles.

The clues are abundant in Dead Man’s Quarry and they are pure Golden Age whimsy.  The strange evidence includes the purchase of a hard candy called bulls’ eyes, an ambiguous note mysteriously signed with the initial C, a green bicycle pump, five pound note used to pay rent, and a revolver hidden in a rabbit hole. 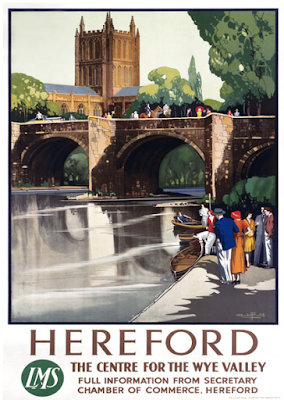 John Christmas who also acted as the amateur sleuth in Jerrold’s first mystery novel The Studio Crime (1929), enlists the aid of Nora Browning, the atypically observant “Miss Watson” of the piece, and is also helped somewhat reluctantly by his traveling companion and friend Rampson Sydenham.  Sydenham and Christmas are perfect foils for one another and serve to highlight Jerrold’s main conflict of the imaginative mind versus the scientific mind in their approach to solving a crime.  Sydenham is the rational man lost in a sea of artists who quote poetry, draw analogies from novels and use figurative language in their daily speech. He is exasperated by the wild and dreamy notions spouting forth from his friend’s bothersome romantic mind.  “Imagination is excellent thing, kept under control,”  he lectures to Christmas. “It’ll arrive at the same conclusion as scientific reasoning, and get there quicker.  But really, John…you’re blinding yourself to the obvious.”  He does his best to point out to Christmas that he is discarding many clues that don’t fit his theories; a mortal sin to a scientific mind.  It also happens to be bad detective work.

But John will not listen. He is convinced that Morris Price who has been found guilty of murder at the inquest is innocent no matter how much the evidence seems to reinforce that guilt.  Christmas instead turns his attention to a mysterious woman who keeps reappearing throughout the investigation.  A woman they have met once and who has eluded them since their chance encounter.  Christmas believes her to be Price’s first wife who though estranged from her husband for years still has legal claim to property as his wife. It is quite possible that her talk of Rhyllan Hall needing a mistress was a hint to an ulterior motive.

Enough intriguing plot developments in this cleverly laid out murder tale are on vivid display and ought to intrigue even the toughest to please mystery novel enthusiasts.  For once in a very long time here is an utterly forgotten writer's long out of print book that deserves having been rescued from obscurity.

Dead Man’s Quarry is available in a digital and printed book from Dean Street Press and can be purchased from the usual online bookselling sites.
Posted by J F Norris at 7:00 PM