The Mystery of the Vanishing Books 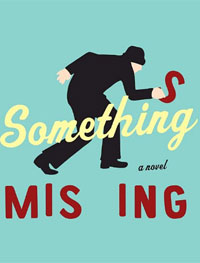 I'm a little bit upset today. I've just learned that all my attention to the forgotten mystery writers whose books still wait to be checked out from the Chicago Public Library may be harmful to the works themselves. To my shock I just learned that the many of the books, right after I have returned them, never make it back to the shelves. They seem to be vanishing.

I think I might have mentioned that I have a habit of taking out books that have not been checked out since 1995 when the library catalog in Chicago first became digital. Often I discover that a book by A.B. Cunningham or Elisabeth Sanxay Holding or Richard Sale or William O'Farrell has not been entered into their database. This has been happening with increasing frequency since I've been trying to find more books via the Chicago Public Library rather than buying a used copy from a dealer. Lack of circulation is one of the factors that will come into play in the future of a book's life within a library system. And today I have discovered that all of the books by Amelia Reynolds Long (who I have lately discovered and whose books will soon be reviewed here) have been pulled from the shelves. But not just pulled from the shelves -- completely obliterated from the Chicago Public Library catalog system. Gone for good.

I had to find out what was happening. So I talked with one of the silky voiced librarians in the Fiction Department. She told me that the library staff regularly weed the collection. They send some poor underling to go through the shelves pulling out beaten up, "well read" books and consign them to one of two fates. Those in good condition (translation: newer books) survive and are offered for sale in the main branch's "used bookstore" which amounts to a single table in a tiny cubbyhole behind a security guard's post on the ground floor. Some store. I don't think anyone even knows it exists!

But here's the sad part. The books I like to read, the books I am always writing about here, the books by writers long gone from our world but whose words live on (translation: the old books) are often just scrapped. Sent to a recycling company with whom the library has a contract. So they are getting a little bit of cash out of killing off these old books. I'm not terribly comforted, I'm sorry to say.
﻿
﻿ I told the librarian that I was interested in two specific books and she said she could check if they had been brought down to that embarrassing closet where old library books await to be purchased for pennies. I told her not to bother. I was convinced that the two Amelia Reynolds Long books are sure to be pulp in a few days. They'll be waiting to be resurrected as a mixed content packing box or the coffee cup you'll get at Starbucks a few months from now or some other form of reincarnated paper product.

I'm wondering if I should just stop taking out the books. It's almost as if I've turned into a book hitman and I've targeted these authors' books for a fate much worse than being sent to the bindery for repairs. In any case, later tonight I will be having a little memorial service for all the books that are being taken from me (and everyone else in Chicago) and destroyed in the name of more shelf space. I may even start saying a few prayers to St. Jerome.
Posted by J F Norris at 9:27 AM