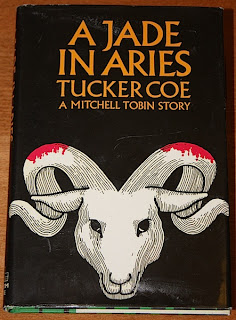 Today Patti Abbot, our host for Friday's Forgotten books, has arranged for a tribute to Donald E. Westlake (and all his various pseudonymous incarnations).  Be sure to visit her blog and click away to your heart's content traveling throughout the blogosphere to read reviews on the wide variety of books this Grand Master wrote. He did it all - tough crime novels, private eye novels, erotica, crime capers, satire, and screenplays. I chose one (well actually two ) of his books he wrote as Tucker Coe, a decidedly different voice from tough guy Richard Stark or the loony comic capers he wrote under his own name.

Mitch Tobin is the series character in the Coe books.  Tobin was forced to resign in shame when in the course of pursuing a daytime adulterous affair he was responsible for the death of his partner who was shot in the line of duty. Tobin was not there to protect him. He's now a bitter and broken man. He spends his days in a sort of occupational therapy building a wall in his backyard. Later in the series when the weather turns bad he puts the wall on hold and instead retreats to the darkness of his cellar where he begins a new project by digging a sub-basement. Tobin is trying to heal. His wife and son are lost to him and long for him to return to them as husband and father. Soon he finds himself in unusual side jobs from people in need who ask him to use his police skills in making their own broken lives whole again. 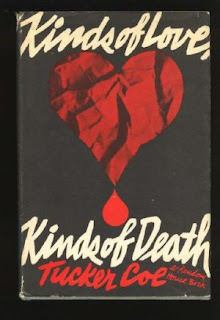 His first outing is in Kinds of Love, Kinds of Death in which he is hired by a mob head to find out who killed his mistress and made off with $80,000 of his money. It's where we first learn that Tobin is utterly conflicted - he knows he needs to start re-entering the world, learn how to interact with people especially his family but he feels that he is a toxic influence on everyone. He doesn't want anyone else to die from his neglect. Eventually he gives in when his wife cajoles him plus he recognizes that the fee he will receive is $5000 that they could really use. The first book is more than just Tobin's search for a killer and recovery of stolen money it's a journey into his own psyche and how the messed up lives of other people reflect his own inner turmoil. The entire series is a study in a broken man's recovery of his true self. And in order to become whole again he will have to enter the world of misfits, outcasts, and the reviled. He takes on cases involving the hippie scene (Murder Among Children), the mentally ill (Wax Apple), and in the book reviewed here the gay subculture of New York.

In A Jade in Aries (1970), the fourth book in the series, Mitch helps Ronald Cornell find the killer of his lover and business partner Jamie Dearborn. Cornell tells Mitch that the police are trying to pass off his lover's brutal beating death as just another case of a bar pick-up gone wrong. But when Cornell is found in the alley behind his men's clothing boutique having survived a fall from the building's roof Mitch is sure that someone is trying cover up the beating by making it look like Cornell attempted suicide over the loss of his partner. As in the first book sexual attraction, love relationships, and cheating partners are the primary focus of the story. Only in this book all the involved parties are gay men.

I have to admit that I expected this book to be similar to other crime novels about gay men that were written in the 1970s - populated with limp wristed, lisping queens in flower print shirts and leather clad, hypermasculine studs with pumped up bodies.  I was prepared to thoroughly despise the book. But though Mitch and a couple of other bigoted characters do like to throw around the "F" slur a lot the book floored me with its accurate, often complex, human portrayals of the gay men I knew while growing up in the 1970s. These gay men are a mix of the vain and the shy, the self-loathing and the out and proud, the butch and the queens, white guys and men of color. They're all here in all the vibrant color of a Rainbow flag as well as the darker colors of carnal desire and shame. 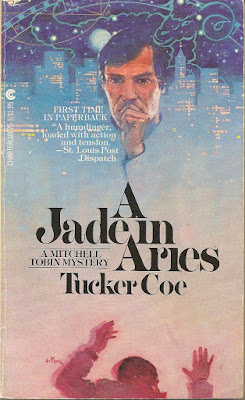 It's not so much the mystery of who killed Jamie Dearborn (a sexual tease and philandering bedroom thrillseeker much like Rita Castle was in Kinds of Love, Kinds of Death) or who pushed his surprisingly conservative, almost square lover Ronald Cornell off the roof that captures the reader's attention here as much as it is Mitch Tobin's slow realization that he may have an awful lot in common with all these faggots (as he first calls them) under suspicion of murder. Westlake displays a quiet compassion and insight into the troubled lives of these gay men. Mitch may not be thrilled having to deal with the strangely emotional, all male world but he has some pointed observations and confessions as the story unfolds. At a scene at a gay party where he walks up a stairwell and over two men into a heavy make-out session Mitch finds that he just sees two people kissing and doesn't think twice about literally stepping over them. Only later does it dawn on him that they were two men and he wasn't sickened by the sight. Earlier in the book Mitch fears his lack of paternal attachment and emotional distancing from his son may "turn" his son gay. A dated and guilt ridden belief to be sure, but a telling one showing that Mitch's interactions with these men are having an effect on him personally and psychologically.

I thought about Jock. I thought about him a lot, conversations we'd had, days of our partnership when specific things had happened. There was nothing homosexual between us, but there are other kinds of closeness than (sic) can become meaningful and real, and we had one of them.

He goes on to draw analogies between the other men and Jock and sees connections to his own life.  He also sees how after having been with these emotionally frank men that he has been able to open up more, to rejoin humanity, to forgive himself and stop living in guilt and shame. It's a powerful section of the book and the real highlight, the true climax of the plot.

My only quibble and the only things that rings false is that not once do any of the men refer to themselves as "gay." Only the words "homosexual" and "faggot," and twice "queer" are used to describe them. While most of the labelling is done by the straight men in the book, two of the gay characters refer to themselves as homosexuals. And it wasn't done archly or sarcastically. That bothered me. It wasn't real at all. Even in 1970 the word gay was being used regularly - both self-referentially and disparagingly. In an old 1970s issue of Kirkus Reviews the writer called the men in A Jade in Aries "Gay Liberationists." A euphemism or a political statement? I'm not sure. But the fact that the reviewer eschewed the clinical and derogatory term homosexual cannot be overlooked. If only Westlake could've seen that and dared to use the word gay -- at least when one of the gayest characters was talking about himself -- then this would truly be a perfect crime novel about gay men in the 1970s. Still and all it's probably one of the best. It sure beats the hell out of something truly dreadful like The Last Woman in His Life by Ellery Queen and some ghostwriter. Don't get me started on that broken record.
Posted by J F Norris at 12:38 AM