Drawing on the Past #6: GORDON ROSS 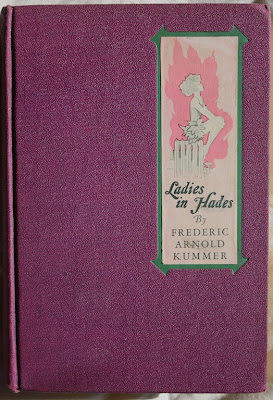 I can find little biographical data on artist Gordon Ross, but a list of his work found in books is plentiful. Mostly his paintings and drawings turn up in various volumes of The Heritage Press and The Limited Edition Club, two subscription only book clubs started by publisher George Macy. The book clubs specialized in illustrated volumes of classic works of fiction and non-fiction. To this day are still a big hit with collectors -- mostly because of the art work.

Unlike what I am posting here today some of Ross' best work was done in color and can be found in such works as The Pickwick Papers (Heritage Club, 1938), The Sketch Book of Geoffrey Crayon, Gent (Heritage Press, 1939), and The Sir Roger de Coverly Papers (Limited Edition Club, 1945). Also you can find his work in The Children's Munchausen (Houghton Mifflin, 1921), and a color DJ for Pony Jungle (Doubleday Doran, 1941), a children's book by Lavinia Davis.

Ross was born in Scotland in 1872. As a teenager he sailed to San Francisco where he studied painting and drawing at the Mark Hopkins Art Institute. He worked in the art department of the San Francisco Chronicle until 1904. Sometime in the late 1900s he moved to New York where he focused on book illustration. He died in New York City, the day after Christmas, in 1946. His work continues to show up in auction records year after year and sells well.

Below are the comic illustrations from a satiric novel by Frederic Arnold Kummer about the "wicked women of history" including Lillith, Salome and Delilah from the Old Testament; Cleopatra, Sappho, Helen of Troy from ancient history; and Lucretia Borgia from the Renaissance. The novel is subtitled "A Story of Hell's Smart Set." I've included the captions for each picture to give you an idea of the smart ass kind of writing to be found in the book.

And a little about the author (which I rarely do in this feature that's supposed to be about the artist): Kummer wrote plays, the books to musicals and musical revues, straight novels, and humor, but I tend to know him as a writer of several crime and adventure novels. He began writing genre fiction which was serialized in pulp magazines under the pseudonym Arnold Fredericks. Kummer then dropped that and used his own name for his final two detective novels The Scarecrow Murders and The Twisted Face featuring Judge Henry Tyson (soon to be reviewed here).

As usual I suggest you click on the photos to enlarge for better appreciation. I don't use that slide show feature, so clicking will give you a very nice sized photo.  Plus, you can't read the often funny captions unless you enlarge. So click away! 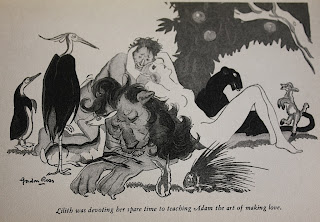 Labels: Drawing on the Past, Frederic Arnold Kummer, Gordon Ross