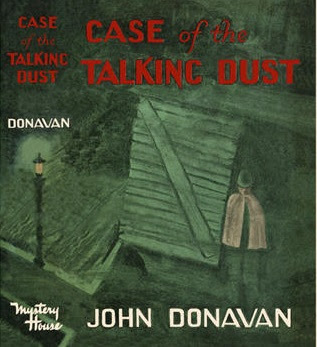 THE STORY: Sgt Johnny Lamb and his superior Inspector Cross are teamed up an intriguing case of a murdered man found with a mutilated face and no identification. In addition to determining the identity of the corpse through ingenious detective work the two policeman find the case complicated when they uncover a privately funded expedition to Scandinavia, a suspicious sculptor whose studio figures into the crime, and a wealthy patron of the arts whose recently felled beech trees were exploited by the murderer for an unusual purpose.

THE CHARACTERS: The Case of the Talking Dust (1938) is the second of the short series featuring Sgt. Johnny Lamb, the son of a renowned forensic pathologist who like his father is equipped with keen scientific mind. Lamb draws on his vast knowledge of chemistry, physics and biology to aid him in his detective work much to the exasperation of his superior Cross, a by-the-book policeman guided by routine principles and a bit skeptical of Lamb’s often byzantine approach to a crime scene. The contrast in their two methods as detectives makes for engaging often fascinating reading. Lamb is ironically often the teacher to his more experienced senior officer and Cross finds himself stubbornly listening to mini lectures on chemical compounds and skeletal deformities. In the end Cross is often marveling at Lamb’s observations.

The case focusses on a trio of characters who on the surface seem unconnected . After learning the name and profession of the corpse, Percy Dalby a pugnacious explorer given to impulsive journeys to points exotic and remote, the two policeman trace Dalby to financier Gregory Shard. Our heroes soon learn Shard was backing Dalby’s private expedition to Norway, the purpose of which he is reluctant to discuss since it involves business that may prove lucrative and he wants to protect his interests from competitors or as he puts it “we [have] to take the utmost precautions against leakage.” So guarded is their business that resort to using a special code in their correspondence. When some encoded telegrams from Dalby turn up after the murder is committed Shard and the police believe that Dalby is still alive. And if that is the case, then who is the corpse? And why was it disguised in Dalby’s clothes?

The second and third characters are connected via money and sponsorship as well. They are Derek Hirsch, a sculptor of contemporary statues made from tree wood and bark, and his wealthy patron Jacob Essler. Hirsch comes into the story when his electric boat is proven to have transported the corpse to the scene of the crime.

Essler’s estate contains a grove of beech trees some of which he wanted cleared and he invited Hirsch to visit the grove to select a few choice trees for future artwork projects. Evidence of bloodstains prove that the cut down trees were used to help transport the corpse to the crime scene several miles from Essler’s estate. If this is the case Lamb reasons then the murder victim – Dalby or not – was killed on Essler’s grounds. How did he get there and why was he killed there in the beech tree grove? Lamb is determined to link Dalby with Shard, Hirsch and Essler and get to the bottom of an overly complicated crime committed by a murderer with a strange sense of humor.

INNOVATIONS: Nigel Morland writing as “John Donavan” is in his element in the series of books featuring Johnny Lamb. These intricately plotted books reveal Morland’s early interest in criminal behavior and strange motivations which would later become an obsession leading Morland to write a handful of non-fiction works on criminal psychopathology. The detective work here is mindboggling in its complexity. The title refers to some dust found at the crime scene purposely scattered on the hinges of a trapdoor that leads to a underground passage. Lamb has it analyzed and finds it to be a combination of two types of dust, one sample includes lead and radioactive lead to boot. This will be a major breakthrough in the case for the police duo.

Other pieces of ingenuity involve Lamb’s observations of the tailored clothing found on the corpse and the unusual construction of lapels that he knows are the signature work of only a handful of London tailors. They visit the editorial offices of a registry of tailors and manage to pinpoint the exact maker of the corpse’s jacket who of course knows the owner from memory.

In addition to this sartorial investigation other brilliant detective work highlights dentistry, radioactive isotopes, tides and river water movement, the differences between electric boats and gasoline powered boats, and the most impressive bit of all – the examination of the bill of lading from the truck that delivered the beech tree lumber to Hirsch’s studio and how Lamb uses his knowledge of tree wood weights (!) and some simple math to figure out that the excessive weight of one lumber bundle must have included something other than just the cut down trees.

Much of the detection in this book reminded me of the tour de force kind of plotting and ingenuity you find in the work of J. J. Connington and John Rhode. Morland can certainly be classed among those other so-called “humdrum” detective writers who wanted their mystery novels to be first and foremost about the art of detection. In his guise as “John Donavan” (and also “Neal Shepherd”) Morland was approaching true art in the detective novel. 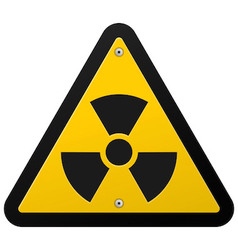 THINGS I LEARNED: Lamb and a physician have a discussion devoted to the recent work of radioactive elements as a treatment for cancer which I thought was a much later development in medicine. And pages of talk are about the physics of lead isotopes, radioisotopes and the radioactive decay chain all of which led me to a-Googling to see whether or not it was true and accurate. Of course it was.

QUOTES: “I really don’t know how Hepplewhite does it. It’d have taken me days to collect all this when I was a junior.”
“Gradual mental evolution of the race,” Johnny remarked. “Alertness and vigour, the essence of modern youth.”
“Laziness and cinema-minded, more like.” Cross’s voice was savage.

[Lamb] had seen something of Hirsch’s work, and what he had seen had been a revelation. He suddenly felt convinced that a man who could do such work could be no killer. Whatever its artistic merit – and Johnny did not feel competent to judge, though he had been impressed – this was creative. And he could not associate the man who had done it with the idea of destruction.

EASY TO FIND? Take a wild guess. After reading TomCat’s laudatory review of Case of the Rusted Room, the first Johnny Lamb mystery novel, a few weeks ago I was reminded that I still had not found a copy of …Talking Dust and decided to look one more time Lo and behold! I found a copy for sale in a mystery bookshop I had visited in Minneapolis several years ago. The store now has an annex within the same shop devoted to the sale of vintage mystery novels and the entire stock is available via their store website. I don’t think that vintage mystery annex was there when I visited or else I would’ve bought a lot of their stock. Of course, I bought the book since it was only $20 and I had been wanting a copy for over 20 years now. Good luck finding another copy. Apart from The Case of the Plastic Mask (1940) this is the most difficult title in the Johnny Lamb series to find. 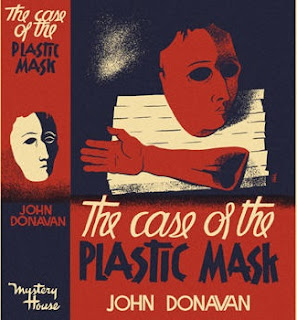