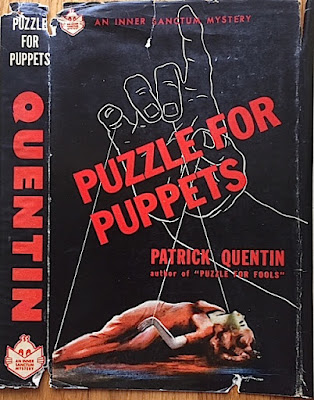 THE STORY: Lt. Peter Duluth (soon to be senior grade) is on Navy leave in San Francisco. His wife Iris has flown in from Los Angeles where she is finishing up a small part in a movie. Peter's leave coincides with Iris' 26th birthday and they decide to make the most of their limited time together hoping for an amorous weekend where they do not plan to leave their bedroom. That is if they can find one. Hotels are booked up and they're not having much success finding a room. Iris is about to suggest that they stay with her cousin Eulalia Crawford when a vivacious and very loud woman named Mrs. Rose overhears Peter and Iris discussing their hotel room dilemma. Mrs. Rose graciously offers them her room. It seems Iris has touched Mrs. Rose's sentimental side. It also helps that Iris bears a striking resemblance to a woman she knows very well. The Duluths gratefully accept the hotel room, the staff make the registration switch and thus begins an adventure that will include multiple cases of mistaken identity, abounding coincidences, a murdered puppeteer, and some insanity at a circus.

CHARACTERS: Peter and Iris Duluth are one of the most believable married couples in mysterydom. Not only are they truly in love, they have an unabashedly frank way of talking about their attraction for each other. This is a married couple with a sex life that is talked about openly and wittily. They can't wait to get in bed and they can't seem to keep their hands off each other. The sex talk and their attitudes are never vulgar, nor does it descend into wink-wink-nudge-nudge cutesiness. It's just real and human. Iris becomes the center of their truly surreal adventure when she is mistaken for her look-alike cousin Eulalia and she can't help but indulge in her avocation of an amateur sleuth much to Peter's disappointment. 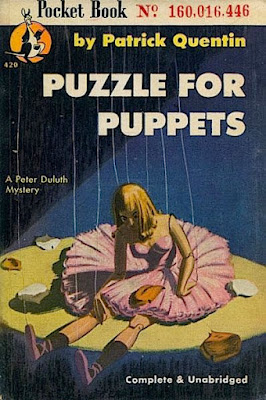 Peter also gets involved in an absurd incident at a Turkish bathhouse leaving him without his navy uniform and without a towel at one point. So we have not only frank talk about their sex lives but an R rated sequence with loads of naked men, including Peter, at the baths. There's even a two sentence bit about Peter being cruised by a young gay boy. This is not your typical WW2 era detective novel by a long shot. But then it was written by two of mysterydom's most famous gay writers. You're bound to get some traipsing into taboo territory with Richard Webb and Hugh Wheeler at the helm of your mystery novel.

The supporting cast is suitably fabulous. In addition to Mrs. Rose and her loud laugh and larger than life personality we have two private eyes one of whom helps Peter out of his predicament at the bathhouse. Later this private eye Hatch Williams along with his partner Bill Daggett help the Duluths get to the bottom of the multiple mysteries that begin with who stole Peter's navy uniform and leads to the bizarre stabbing murders of two women, and the identity of a lisping man, the solution to some enigmatic utterings from an inebriated criminologist, and tracking down the man who is running around San Francisco dressed in Lt Duluth's uniform and pretending to be him. Even the smallest walk-on part will turn out to be an important feature in this madcap plot that takes the Duluths on a wild chase throughout the city from the St. Anton Hotel to Eulalia's weird puppet workshop in her studio apartment, from a dive bar in Chinatown to the S.F. zoo, all of it culminating in a near fatal trap in the maze-like backstage corridors and basements of the Lawrence Arena.


ATMOSPHERE: Here is one book published in 1944 that is very much about life during wartime. In addition to all the interesting business about navy officers and enlisted men and the rules they must follow even while on leave, Peter is very much concerned about getting his uniform back. For one thing it cost him $80 and should he be caught by some Navy V.I.P. out of uniform while on leave he'd be in a heck of a lot of trouble. Other references to the war include gas rationing, ration stamps, curfew, and my favorite -- the tattooed lady at the circus sideshow who has "Buy War Bonds" inked across her abdomen ("Surely no other artiste had risen to her country's emergency with such selfless nobility"). The Duluths get around town mostly by using public transportation, especially the trolleys, which allows for some interesting observations of everyday people

"Happy birthday, baby"
"Nylons! Peter, how--how on earth did you get them?"
I kissed her ear. "By selling my body in the right places."

"Something about the room makes me shameless. I think it's the cupids' bare behinds."

"One of the toughest things in the world is explaining to a wife just how you can love her with every part of you and still be raring to get back into battle."


"I had forgotten what unkind variations age can play on the theme of the masculine form. [...] Men in bulk, without their clothes, lose all personal identity."

"My indignation which had been simmering so long seethed over when I looked down at the Beard snoring his head off on the bed--our bed. That was the ultimate insult." 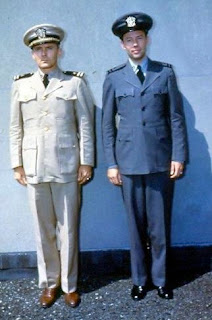 THINGS I LEARNED: Adolph Sutro was a wealthy mining and real estate entrepreneur who helped develop several public works and supported the arts in San Francisco. He created Sutro Baths, a huge salt water swimming pool for public use that lasted nearly one hundred years. It was converted into an ice skating rink in the 1950s but was destroyed in a fire in 1966.

Navy officers and enlisted men are required to wear their uniform when in public while on leave. Peter brings with him two uniforms, his regular khaki one at the bathhouse and his "glamour uniform" he brought along especially for Iris' birthday celebration when they go out to eat and dance.

EASY TO FIND? Some good news for a change! There are multiple editions (US, UK and France) of Puzzle for Puppets, especially in paperback. Most of the Peter and Iris Duluth mysteries by Patrick Quentin were reprinted several times since their original publication back in the 1940s. I count at least five different paperback editions, the most recent being the 1989 IPL paperback. There are a few hardcover copies out there, both US and UK, and some with DJs, too.

This is truly one of the best of the Peter & Iris Duluth mysteries.  Excellent plot w/ lots of puzzling riddles, authentic WW2 background, colorful characters, loads of action, and a generous helping of weirdness -- a whole lot of fun.  Happy hunting!
Posted by J F Norris at 12:00 AM