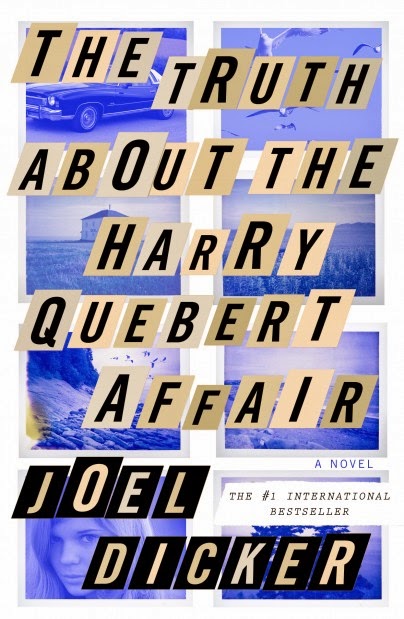 It may be unfair of me but all the while during the first 100+ pages of Joël Dicker's mammoth The Truth About the Harry Quebert Affair I kept hearing the strains of the Twin Peaks TV theme music.  And I pictured the beaming face of Sheryl Lee as Laura Palmer each time Nola Kellergan appears in the many flashback sequences.  Both Dicker's novel and the cult TV show of the 90s tell the story of a missing girl, the discovery of her body, and the slow reveal of who killed her. But as the labyrinthine story unfolds the Twin Peaks similarities soon dissipate and give way to something more subtle and subversive and -- dare I say it -- impressive.

Unwittingly Joël Dicker, a young Swiss novelist, has unleashed a Frankenstein's monster with the publication of this book. Part whodunit, part satire of the publishing industry, and part writer's handbook it has essentially become a work of fiction come to life.  In Dicker's novel a young writer Marcus Goldman becomes a sensation in the literary world when he publishes a book called The Truth About the Harry Quebert Affair.  (Oh yes, this is a also a work of metafiction.)  The book is an instant sensation and he becomes the darling of the media. So too has Dicker whose novel first published in Europe has become a mega-hit resulting in interview after interview and travel all over the globe to talk about this unique example of reality mirroring fiction. So much travel, in fact, that he has temporarily made his home in London to make air travel simpler rather than remaining at home in Geneva where direct air flights are at a minimum. Already an international bestseller for the past year Dicker's novel has at last been translated into English and is being simultaneously released in the UK and the US today, May 27.

Not only has Dicker become the flavor of the month in crime fiction, his book (only his sophomore effort no less) has won three European literary awards including the prestigious Grand Prix du Roman from the Academie Française. Has Dicker really written a mini masterpiece, whether it be mainstream or genre fiction? Well, not really. But it is an awful lot of fun trying to figure out both the mystery of the ridiculously complex plot as well as trying to understand the reason for all the hype attached to this new writer's book.

At its core ...Harry Quebert Affair is a literary detective novel. Quebert, a literary sensation himself in the world of the novel, was Goldman's college writing instructor, mentor and eventually a good friend. While visiting Quebert for some inspiration during Goldman's severe writer's block crisis a horrible crime is literally unearthed and Quebert is thrust into the limelight as prime suspect. The body of Nola Kellergan, a teenage girl who went missing back in 1975, is unearthed in a hidden grave located on the grounds of Quebert's New Hampshire retreat. Goldman is determined to clear the name of his beloved friend and writing mentor and for the next 600+ pages (!) we follow his dogged investigation into the past of Somerset, New Hampshire, a typical New England village with more than its fair share of dirty secrets.

But Dicker is not satisfied only with telling a crime story with as many twists as the Kumba roller coaster in Busch Gardens. He has cast the novel in the framework of a handbook for writers complete with boxing metaphors that might cause Philip Roth to smirk in its obvious homage. Oddly, the book chapters are also numbered in reverse numerical order (a gimmick that utterly eludes me) with each chapter preceded by sage advice from Harry to Marcus as to how a rookie should proceed in writing the Great American Novel. Problem is the advice is thoroughly hackneyed. The obvious advice and words of so-called wisdom have been given to novice writers for centuries. Why do we need to read all this? Well, Dicker has a clever and subversive reason for couching this novel as a sort of handbook for writers. It turns out to be only one aspect of a multitude of ironies culminating in the true meaning of the title itself.

I could use this review to write about the tangled plotlines, the shifts in viewpoint, the dizzying twists that keep changing how Nola is perceived or how the relationship between Marcus and Harry undergoes rifts and changes more harmful than good. But that's what all the other reviewers are writing about. What really ought to be marvelled at is what Dicker does with the genre itself. The novel is an consummate example of the ultimate challenge between reader and mystery writer, a sure temptation for readers who loved to devour the old-fashioned puzzlers of the Golden Age. Once upon a time we read mysteries to be baffled, to be fooled and to have a clever storyteller pull the rug out from under us and leave us gasping for breath or laughing in admiration for having been outsmarted. Dicker mixes both hoary old clichés (anonymous messages, secret diaries) with contemporary thriller standbys (grisly crimes, psychosexual abnormalities, a hint of tawdriness) and comes up with a crackerjack tale that both entertains and manipulates the reader.

The world Dicker creates is wholly artificial as in the best of Golden Age detective novels. We are in an entirely fanciful world where writers are superstar celebrities instantly recognizable from their DJ photos. Everyone knows Marcus Goldman, everyone has read his book. Even Harry and his mega bestseller The Origin of Evil (ironically a love story) receives the same hyperbolic attention. This is a wholly mythologized world of the novelist, something that was barely a reality when celebrity authors regularly appeared on 1970s talk shows. Like the world of John Dickson Carr where ancient estates are haunted by ghosts and criminals commit elaborate crimes in baroquely sealed rooms meant to bamboozle and confound the police so too has Dicker created an entirely artificial world where novelists are hero worshiped as demigods and treated with both awe and sycophancy usually reserved for rock stars or professional athletes. It's a wish fulfillment kind of writing to be sure and yet it is done so with the primary purpose of misleading the reader just as the great Golden Age writers did. 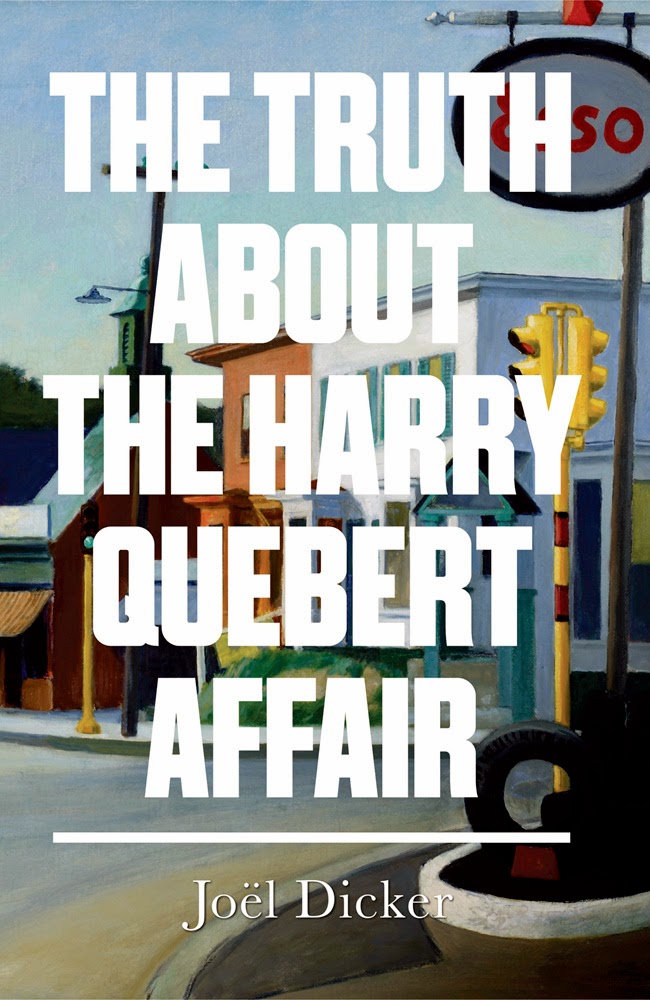 There are faults and irritations as well. The simplistic Confucian-like writer's advice Quebert gives his student, the not so clever boxing metaphors, redundancies in the narrative when Dicker feels it necessary to recap the plot, a crucial character whose poorly reconstructed face after a horrific beating leaves him with a speech impediment that the translator renders in cutesy but more often offensive phonetics all began to wear down the reader's patience. Also Dicker has an obsession with characters vomiting that began to really annoy me. Everyone in the book seemed to have a weak stomach and would throw up at the slightest sign of stress not just when they saw a dead body.

However, when Dicker lays off his nausea motif, discards the gimmick of the novel within the novel (which is often ham-handed), and decides to focus on Nola's perplexing and contradictory life and her mysterious death the novel is utterly engaging. His plot pyrotechnics are his strength. They are audacious and preposterous and yet perfectly suited for his ultimate aim. The Truth About the Harry Quebert Affair is one of the best examples of a retro style crime novel whose only goal is to fool the reader with a gasp inducing finale. Joël Dicker succeeds in pulling off one of the best literary deceptions in years and ought to be applauded for the sheer chutzpah of his 600+ page magic trick.
Posted by J F Norris at 11:36 PM