Back in 1990 Charles Palliser wowed the literary world with his debut novel The Quincunx, a historical pastiche of startling imagination and literary skill that paid homage to Mrs. Henry Wood, Mary Elizabeth Braddon, Wilkie Collins and other British writers who primarily wrote sensation novels in the Victorian era. Palliser’s work has often been compared to Gothic literature but this is a an error on the part of many critics who know little of the difference between a sensation novel and a Gothic novel. The Gothic novel grew out of the romantic novel and builds on fictional tropes that have their roots in fanciful imaginative writing. The sensation novel was an attempt to turn away from romantic fiction and return to the realism of the 18th century novel while at the same time revealing the dark side of human nature. Unlike a Gothic novel which flirts with supernatural and surreal events, whether genuine or rationalized, the sensation novel is rooted in reality. The emphasis is on everyday characters in domestic settings and circumstances not foreign and exotic locales. Crumbling abbeys with corrupt monks and maniacal nuns or haunted castles owned by amoral barons are not to be found in a sensation novel. Nor do ghosts or vampires have any role in creating a feeling of dread and horror. It is base human nature that will make the reader shudder and gasp. Ultimately the sensation novel dares to reveal the seediness beneath a seemingly mundane reality with heroes and villains recognizable from anyone’s life.

In Rustication Palliser returns to the world of the sensation novel and this time far surpasses what he did in The Quincunx and does so in half the length of that book and with a much smaller cast of characters. Deceit and duplicity, betrayal and sacrifice, heartbreak and redemption all play out in the 280 pages of Richard Shenstone’s journal and the scatological poison pen letters that are interspersed within the pages.

Though set in 1863-1864 this heart wrenching story of misplaced devotion, skewed priorities and base self-interest will appeal to many modern devotees of crime fiction. The story has a contemporary ring of truth in its three leads –- mother , daughter and son of the Shenstone family. Mrs. Shenstone, self-deluding and over protective of her children, finds herself more and more caught up in an attempt to regain her rightful and respected place in society all the while blind to the consequences of her short sighted aspirations. Euphemia, her daughter, succumbs to avaricious temptation and is willing to sacrifice her own brother in her attempt to secure a place of wealth and position. Richard, disgraced after being thrown out of college and carrying more than a few secrets of his own, escapes into a world of drug induced sleep and furtive sexual encounters. As the story progresses we learn the true reason of Richard’s expulsion (or as the college euphemistically terms it his “rustication”), the secret of his recently deceased clergyman father’s fall from grace, and the secret designs of his mother and sister in a complicated scheme that finds Richard feeling a hangman’s noose round his neck at every passing hour. 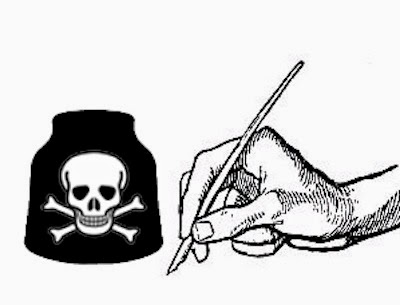 While Richard is trying to figure out what happened to his father he finds himself suspected of being the author of several obscene anonymous letters targeting the women of Thurchester. He turns detective in order to clear his name and find the true author behind the poison pen.

But every woman he encounters seems to be a nasty gossip of the worst sort. Whether tart tongued and vicious in their insinuations or outright shocking in their frank accusations the women of the story come across as a gaggle of Gorgons ranging from an supercilious 14 year-old to a septuagenarian busybody. The men fare no better and in the case of a brutal dandy who engages in illegal dog fighting and a barkeep who reserves a dark corner of his pub for male-on-male assignations they seem far worse.

Richard is no purely good hero either with his opium pipe and his seduction of the simple minded maid, but amid this assortment of nasty characters we long for him to redeem himself and provide us with a protagonist of goodness and heroism. In this amoral world of physical and mental cruelty and salacious obsessions there must be some relief in the form of simple human decency. In the end Richard will prove himself to be such a hero but not without making his own terrible sacrifices.

Fans of modern noir will find many of the tropes of that genre in Rustication and may learn a thing or two about the origin of the stories of Gil Brewer, Day Keene and Vin Packer. Contrary to popular belief the basest and darkest impulses of noir fiction really have their roots in Victorian sensation fiction. Adultery, bigamy, sexual addiction, drug addiction, greed, desire for status and power, and brutal murder were not inventions of the pulp fictioneers or paperback original writers, they are all elements of the sensation novel. As Palliser reminds us the basest of human motives are universal and timeless and are always the best ingredients for gripping, page-turning book.
Posted by J F Norris at 1:54 PM