The Woman in the Wardrobe - Peter Shaffer 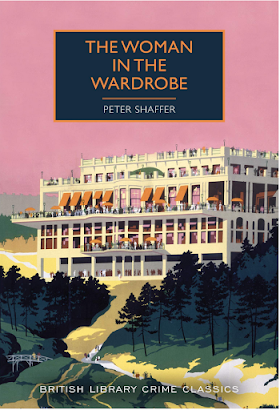 There are some books which have achieved legendary status in the Detective Fiction Hall of Fame simply because they have been largely unobtainable for decades. These are books which for one reason or another disappear from the used book marketplace and libraries yet still retain an aura of mystique, books that whisper to us throughout the ether: "Come and find me! Read me! Yes, I'm that good."  I've been lucky enough to stumble across such books several times over my lifetime and can tell you that often this prestige is dubious at best.  In many cases it would have been better to ignore those whispered temptations and saved that rather large chunk of cash which I usually doled out for one of these "legendary" murder mysteries.  The Woman in the Wardrobe (1951) is one of these elusive and legendary books, long out of print, spoken with hushed reverence and nearly impossible to get hold of a copy.  I'm happy to report -- since it is now widely available in yet another attractively packaged volume from the British Library Crime Classics imprint -- this book does still merit its prestigious label, if only for two daring stunts its authors pull off.

As with the other two books in the trilogy of mystery novels featuring the blustering and egocentric Mr. Verity we have a puzzling locked room murder and a variety of eccentric oddballs among the list of suspects. A loathsome blackmailer has been done in in his hotel room at a seaside resort located in the fictional town of Amnestie in Sussex. We learn that Mr. Verity is situated not far from Amnestie in his ostentatious "villa" Persopolis where he lives a rather solitary life surrounded by his vast collection of antiques and esoteric statuary. How else would a brilliant amateur criminologist live?

It's not long before Verity has inveigled his way into the murder investigation -- well, more like barged in and commandeered the proceedings -- leading Inspector Jackson by the hand as they interrogate the residents of the Charter. Together they (and later Inspector Rambler from Scotland Yard) and uncover myriad secrets in the hotel guests' pasts that link them to the much hated Maxwell, found shot and beaten in his locked and bolted room. The telling of the story is, for about the first half, very routine with some discovery of clues and physical evidence but lots of Q&A. I was beginning to lose interest in the story despite the occasional touch of ironic humor and acerbic asides that Verity likes to toss out. Only with the entrance of the bizarrely funny Richard Tudor, a man who envisions himself as the rightful monarch of England, did the novel pick up pace in both outrageous humor, tangential history lessons and unexpected plot machinations.

Overall, this is a fine pastiche of the traditional detective novel. So well done in style and genre technique I got faint whiffs of classic authors in the plotting of Shaffer's book. Whether or not any or all of them were inspirations for The Woman in the Wardrobe I leave to your imagination.  Christianna Brand, a pioneer in multiple solutions, comes immediately to mind as Shaffer manages to fit the evidence to nearly every suspect and make it seem possible there are variations on the murderer's identity. As the plot begins to resolve itself we see a further dimension which I cannot reveal but calls to mind the work of Vernon Loder, the master of a particular gimmick that appeared repeatedly in his work. And I noted that the solution of how the victim's hotel room came to be locked was used several times in multiple variations by another neglected impossible crime writer who shares one of the Shaffers' names -- Anthony Wynne.

Peter Shaffer, we are told in the preface by his sister-in-law Elinor, wrote the book on his own but with some help on the complex plot from his brother Anthony. Only in the other two novels of the trilogy would they collaborate more officially in the writing and plotting with each getting credit in the shared pseuodonym of "Peter Antony."  In the US rather than using the pen name for the two sequels to The Woman in the Wardrobe both authors' real names are listed on the cover and title page if only by their first initial and last name. Of the three books I still consider Withered Murder, the final book of the trilogy, to be the best plotted and even more devilishly funny.  It is also long overdue for a reissue. We can only hope that The Woman in the Wardrobe will sell enough copies to make it worthwhile reprinting that far superior mystery. 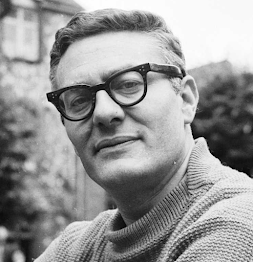 Shaffer's denouement is something of an eyebrow raiser if it didn't succeed entirely in eliciting that all important gasp of surprise. Interestingly, the finale coincides with the theme explored in a very recent book I've read -- The Eighth Detective, a clever detective novel pastiche of short stories and detective novel conventions.  Tune in later this week when I dissect The Eighth Detective and its mathematical permutations of "detective novel ingredients."  Shaffer amazingly explored the very same ideas in The Woman in the Wardrobe and did so decades earlier without actually outright stating he was doing so.  Which only serves as proof that a true homage to detective fiction tends to rely first and foremost on a love of the genre combined with a shrewd attention to its conventions and plotting tricks.
Posted by J F Norris at 11:39 AM