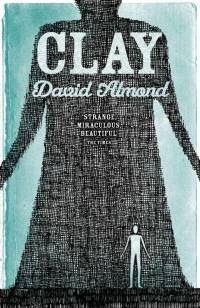 THE STORY: There’s a new kid in northern England town of Felling. Stephen Rose has been sent to live with his aunt, known as Crazy Mary by the kids in Felling for her eccentric ramblings about Jesus, Mary and Joseph. Stephen is an odd boy, a loner of sorts, with a talent for sculpture. His breathtakingly beautiful human figures draw the attention of the art teacher at school and the admiration of a handful of Stephen's fellow students. Not one to make friends easily Stephen nonetheless is drawn to Davie, a mischievous altar boy who steals communion wine and smoke cigarettes with his pal Geordie down by the abandoned quarry. Stephen tells Davie that they have a lot in common not the least of which is a talent for creating things. When Davie shows Stephen the rich clay deposits by the marshy land surrounding the quarry the two begin a strange friendship fueled by a secret experiment that unveils a unnatural creativity defying science, religion and logic.

THE CHARACTERS: Davie narrates Clay (2005) in a mix of Felling’s Irish tainted dialect and a colloquial teenspeak. The reader watches him in his various personae as he flits between allegiance to his best mate Geordie, the burgeoning bond with eerily fascinating Stephen Rose, and a first taste of teen romance in his attraction to Maria. Looming menacing in the background but never really encountered in the flesh is Martin Mould, the local brute of a bully known as Mouldy to those he terrorizes. Described by Davie as having evil eyes, fierce breath and vicious spit Mouldy is a giant of a boy with massive hands, an apish muscular body and towering height. Though “only sixteen but already [drinking] like a man” Mouldy is the ostensible villain of the piece. All the kids talk of him and the fear he instills in them. Davie suffers from nightmares after a particularly violent encounter with Mouldy. He’d like to see him dead. Eventually the secret friendship between Stephen and Davie leads to a campaign of revenge with their secret weapon being a statue Stephen and Davie call Clay that Stephen swears the two of them can bring to life with an unholy ritual.

INNOVATIONS: Clay may be targeted to young readers, but it reads like a profound adult novel. Almond touches on a variety of mature themes all involving creativity and the power of imagination as a tool of survival. He covers everything from divine inspiration, the mystery of innate and inexplicable talent seen so early in young people, and the love/hate dichotomy of intense yet callow friendships. In Stephen Rose author Almond has created a Machiavellian artist reminiscent of a teen Faust armed with occult powers, seductive attraction and inescapably hypnotic words. The story draws on the legend of the Jewish Golem and subverts it with blasphemous use of Catholic ritual in the creation and animation of the statue Clay. Clearly there are also allusions to Shelley’s Frankenstein throughout the story as well as in the never-ending rhetoric Stephen taunts Davie with: 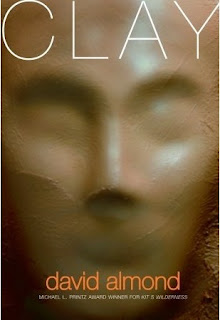 Peter Pratt, the Felling school art teacher, joins in the discussion answering similar questions and more importantly offering advice and counsel. When asked if human creativity is equal to the creativity of God Pratt warns Davie not to think so immorally. To contemplate such ideas is to begin straying down paths that lead nowhere good. He reminds Davie that artists have “astounding skills that may indeed be God-given, but [are] nevertheless human.” Ultimately Pratt teaches that the difference between human and divine creation is that humans cannot create a soul and without that art is never truly divine. Stephen Rose will take those words as a challenge, lead Davie by the hand into a darker world where black magic overtakes the soul, where the desires of the artist seem to have a power greater than even the divine power of creating life. And in bringing to life their idol of Vengeance they bring about destruction and death.

Almond explores metaphysics, theology, art and even the ethics of modern science. When Clay at last begins to move and resemble a powerful and handsome human Davie wonders whether if he is just not one more monster that will bring them trouble. When with Maria Davie talks about genetic accidents, “freaks of nature” and “things there seems no reason for.” The conversation of taboo topics leads to Davie musing on the future of science and the observation that one day they may be able “to make life in a test tube. We’ll be able to create living creatures with chemicals and electricity and nuclear power.” 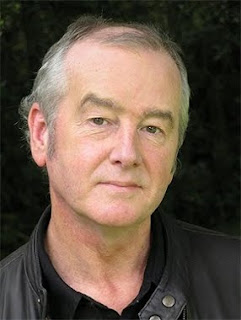 THE AUTHOR: Born and raised in northwestern England David Almond worked as a postman, brush salesman, editor and teacher before turning to writing novels full time. His first novel, Skellig (1998) won several awards and still remains in print as do all of his books. He has written over twenty novels and picture books for children and one novel for adults. Throughout his career his work has been awarded with the Michael L. Printz Honor Book twice, the Whitbread Award, a Carnegie Medal, and a Boston Globe Horn Book award.

EASY TO FIND? Of course it is! In a rare instance on this blog of presenting a book written and published in the 21st century what else would you expect? Clay is one of the most rewarding, penetrating and intense novels I’ve read in a long time. If all young adult books were this rich and dense, insightful and well written, rather than being derivative knock-offs I’d probably read more of them on a regular basis. But I know that this kind of book is so utterly unique and a clear expression of recurring personally felt themes found in all of David Almond’s work that it is a rare book indeed. Happy hunting and happy reading!
Posted by J F Norris at 11:36 AM