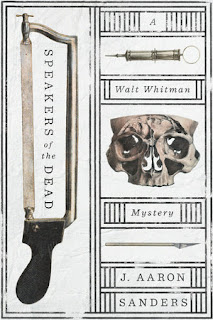 Grave robbers. Ghouls. Resurrectionists. Call them what you will, the very name usually gives a reader pause. Any one of those terms will conjure up eerie images of creepy characters digging away in cemeteries during full a moon, the sounds of shovels hitting hard soil accompanied by flitting bat wings, hooting owls and howling dogs. It’s old fashioned horror movie imagery thanks to stories dating back to Stevenson’s The Body Snatchers and the gruesome tales of legendary grave robbers for hire Burke and Hare who when they ran out of corpses weren’t too shy of creating a corpse or two with a little murder. And then there are the legitimized forms of grave robbery that fall under the category of archeology which have already been touched upon last week (see review of The Mummy by Riccardo Stephens). Most of the stories of ghouls of this sort come from Britain and very few stories of grave robbers have their origins in the US. J. Aaron Sanders now brings us a brief history of the grave robbers of 19th century America in Speakers of the Dead. These resurrectionists, as they preferred to be called, were providing bodies for medical research just as Burke and Hare started out but Sanders also tells us of the protests from the anti-dissectionist movement that became rather ugly. It was a battle between science and religion as those among the faithful clamored for respect for the dead, peace for a departed soul, and expressing their fear that the many souls will be damned without their body in the afterlife. Science and religion debates. Current events never seem to change no matter how much time passes.

Perhaps the most unusual aspect of the novel is its hero. He’s young Walt Whitman, not yet in his thirties, still working as a journalist and having just published his little known first novel about the temperance movement, Franklin Evans (1842). While working for the Aurora, a New York City newspaper overshadowed by the more widely read and sensationalistic Herald, Whitman becomes involved in the unjust hanging of Lena Stowe, executed for killing her husband Abraham over his supposed philandering. The murder of Mary Rogers, a popular cigar sales girl whose story was made sensational in the newspapers, is still fresh in the minds of the public and Abraham Stowe has been rumored to have been one of the girl’s many admirers and lovers. The Stowes were the founders of a women’s medical college currently under harsh criticism for their purchase of dead bodies for use in anatomical dissection classes.

Whitman is determined to exonerate Lena Stowe of her husband’s murder and with the help of his fellow journalist and one time lover Henry Saunders they uncover the secret world of the resurrectionists and a political conspiracy that may involve New York’s Mayor Morris who also seems to have been involved in the Mary Rogers murder case. We learn about the violent riots from the anti-dissectionists, the devout often naïve religious beliefs of the public and their desire to end the looting of cemeteries so their loved ones can rest peacefully in the afterlife, and the inherently corrupt politicians more interested in their own welfare than the people’s.

The historical background is richly detailed and fascinating, especially when concerned with the public riots and the vandalism done to medical schools. The lapses in 19th century behavior and mindset, however, and the swearing habit of the crude villains who speak like Martin Scorsese gangsters is more than a bit jarring. Swear words I know date back to the middle ages but can’t a cussing villain have a tirade with more period flavor than the usual f-ing this and f-ing that?

Also, the use of the present tense in a book that is meant to be a depiction of the mid-nineteenth century was my biggest pet peeve. There is a brief justification for the use of the present tense when we learn that Whitman’s journalism tended to be experimental with an unorthodox shifting from stating the facts to the sudden insertion of first person narration ("adopting a narrative style much like that of the stories he’s been publishing") to give his stories immediacy. ("He wants the reader to feel what he felt, to be called to action as it were.") For my personal tastes, however, it took some getting used to a novel using present tense when the events supposedly happened more than two hundred years ago.

The most engaging and imaginative portions of the novel are those that deal with Sanders’ intent in writing the novel in the first place. In the “Author’s Notes” that follow the novel we are told that Sanders wanted to understand how “the average Whitman of 1842”, a reporter and failed prose writer, transformed over a period of thirteen years into “the genius Whitman of 1855” who published his landmark book of poetry Leaves of Grass. “The quality of his writing is not only different in technique but in scope and understanding,” Sanders points out. The events of the novel are meant to give some idea of what Whitman might have encountered that could plausibly have served as the basis for the transition from prose to poetry and a change in his values and worldview. Two scenes are pivotal to this thesis of Sanders. 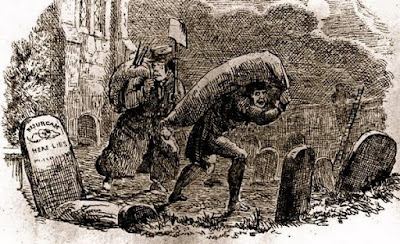 The first is when Whitman witnesses the dissection of a fetus. Already we know that Whitman shares some of the religious values of the anti-dissectionists and he has difficulty trying to reconcile the importance of anatomical study of corpses with the sanctity of the human body and “the salvation of the soul” as one character puts it. It is only when he sees with his own eyes rather than with his mind and heart that he begins to understand that science is also like art. “Whitman was struck by the precision of what had seemed to him before to be strictly theoretical act—the body is a machine that can be understood by taking it apart—and he wants to tell this... I understand it now, he wants to tell them.” He begins to understand that even in someone as seemingly crass and vulgar as Dr. Quigley who collects body parts and preserves them in jars that he and all others like him are “preserving the stuff of humanity,” meaning a much more ineffable stuff than mere body parts. Moments later he has a brief argument with Elizabeth Blackwell, the teaching doctor at the medical college, about Quigley’s obsession and his grisly museum. He listens to her criticism yet manages to see both sides as key to comprehending how we all must treat the human body.

“He yearns for a way to articulate beauty’s expansiveness, its cathartic pricking of the soul and its gross fecundity of decay. It strikes him that this might be why Henry prefers his poetry to his prose. Poetry has the capability, like a painting, to capture an object without the constraints of linearity. Walt feels as if something is opening up, and he’s able to see the complexity of beauty through Elizabeth Blackwell’s careful and political respect for the human body and through Eli Quigley’s reckless admiration for its beauty in all phases of life and death, the way the body demands attention of all our senses.”


The second scene comes where Whitman visits the Runkels’ home. Their daughter Maggie was one of the most recent victims of the resurrectionists. He meets Abby, Maggie’s eight year old sister, who tells him that she prayed to God to send someone to help them recover her sister and she is convinced that Walt is the family’s savior. She continues to talk frankly and in a way that’s “so much like a grown-up.” Just before Walt leaves she gives him a present. “I don’t draw so good, so I wrote you a poem,” she tells him. “You can read it when you get home.” He forgets about it until the paper falls out of his coat pocket after a particularly grueling incident. The poem is a final plea to find Maggie’s body and includes the poignant final lines “I cry to think of her in little pieces/all about the room/Please bring her to me, Mr. Whitman,/Bring her to me soon.” He is touched by the words, its frankness, and the honest emotion expressed from a little girl. It’s a reminder of how he once used the literary form to express his heartfelt emotions as well.

There are multiple cameo appearances of historical figures like Horace Greeley, publisher James Gordon Bennett and because the story is about Mary Rogers and grave robbing Edgar Allan Poe shows up as well. Poe had been working on a fictional treatment of the Mary Rogers case which became his tale “The Mystery of Marie Roget”. Like Whitman Poe is interested in the political cover-up of the truth behind that story and how it is linked to the resurrectionists. He and Whitman take part in the climactic scene in which both of them turn fiction into reality by becoming ghouls themselves and disinterring the body of Abraham Stowe to prove an autopsy report was falsified.

As a fictional treatment of Walt Whitman’s young years, and especially his burgeoning life as a gay man, the book leaves a lot to be desired. Whitman is often played as naïve and petulant suffering from a bleeding heart syndrome that seems more twenty-first century than nineteenth. The brief love affair with Henry is tame and vanilla for someone as passionate as Whitman and, of course, he must lose his love to a terrible fate in order that he feel the depth and purity of what he at first took for granted. But as a fictional record of a forgotten chapter in social history -- the accounts of the resurrectionists, the political corruption of New York, the religious beliefs and the shocking protests and mindless violence that followed in their wake -- Speakers of the Dead is an eye-opening and educational reading experience. For those reasons the book has moments of affecting resonance for a modern reader.

Whether or not Walt Whitman continues in a series of books as an amateur detective of sorts remains to be seen. I may just check out his second adventure if Sanders has another book in him. Depite its minor faults this portrayal of Walt Whitman shows not only a love for the man and his work, but a markedly imaginative blending of historical fact and characterization leading to the genesis of a writer’s philosophy that gave us a long lasting, visceral body of work. That’s an admirable job for a first novel.
Posted by J F Norris at 12:29 PM