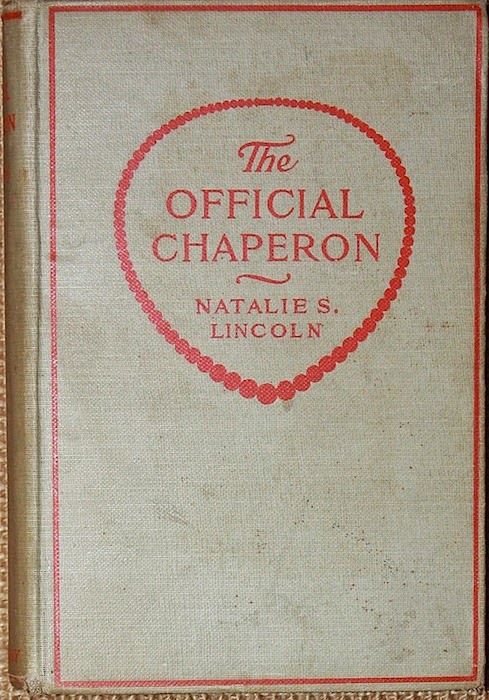 Chances are if you are asked to name one woman mystery writer from the early twentieth century you wouldn't immediately think of Natalie Sumner Lincoln. I'd wager that you are probably reading her name for the very first time. She was a contemporary of Anna Katharine Green, Isabel Ostrander and Carolyn Wells all of whom are better known and all of whom she was clearly trying to emulate.  Ostrander was the most innovative and talented during the heyday of these women's careers. Green gets all the accolades for being the Grandmother of Female Mystery Writers. Carolyn Wells.... um... she has a special place all her own in the history of mystery fiction. Lincoln, however, is truly forgotten and most of her books have been out of print for close to a century, some longer than that.

As examples of early 20th century detective novels her work is not the best of their kind. An intense perusal of multiple magazine reviews of Lincoln's more exemplary work published between 1915 and 1925 indicates she was popular during her time and probably sold a lot of books. Based on my reading of The Official Chaperon (1915), the first book I've read of hers, I think she may also be a candidate for inclusion in that dubious Hall of Fame known as Alternative Mystery Classics.

Lincoln was born and raised in Washington DC where she worked as a newspaper reporter and later editor and where the majority of her novels are set. The Official Chaperon, while not exactly typical of the kind of detective novel she was known for, is a template for the characters and situations Lincoln was obsessed with. It tells the story of a group of entitled wealthy Washington socialites and politicians who are primarily concerned with their reputations and social standing. When a string of thefts upset their status quo they are alternately forced into both protecting their loved ones at whatever cost and outing the kleptomaniac hiding in their society.

Margaret Langdon is the primary suspect. She has been hired as a chaperone to Janet Fordyce, only a few years younger than herself, and together they attend dances, parties and make social visits to wealthy households. Each time Margaret and Janet make one of their visits someone loses a valuable item. Jewelry, lace handkerchiefs (apparently highly prized in this era), and money are stolen. Coupled with these thefts is the fact that Margaret was recently fired from her secretarial position in the home of Admiral Lawrence when the codicil to his dying wife's will went missing. He accused Margaret of destroying it in order that her sometime boyfriend Chichester Barnard, Lawrence's nephew, would benefit from Mrs. Lawrence's estate. Eventually through a series of absurd coincidences and plot contrivances Margaret comes to be accused by multiple characters as the ballroom thief. But the reader knows better.

Early in the book Margaret witnesses Janet Fordyce pocketing a valuable jeweled brooch. She manages to retrieve the brooch and attempts to return the item to it rightful place. Of course she is caught doing so by the woman who owns the brooch. And of course it appears that Margaret is taking the jewelry not replacing it. The entire story is predicated on this kind of cliche incident. Lincoln manages to reinvent this scene about four or five times over the course of the story making Margaret seem like a true kleptomaniac.

Here's a perfect example of her plotting. Janet and her soldier boyfriend Captain Tom Nichols are caught in a speed trap. Tom asks Janet not to use her real name if the police ask for it. Whose name do you think she uses as her alias? That's right. Poor ol' Margaret Langdon. When they have to pay a fine of $50 (admittedly very steep for 1915) and Tom doesn't have enough money he offers to use a combination of his $23 in cash and Janet's bracelet as collateral. The police agree to the loan of the jewelry (!) as long as Tom returns the same day with a cash balance. It turns out the bracelet is not Janet's. She lifted it from a society matron and ten minutes later the matron's husband is also pulled over by the cops at the speed trap. He also has to pay a fine and sees the bracelet on the cops' desk. He immediately recognizes it and asks who left it behind. The cop refers to his arrest records and says: "Oh some woman named Margaret Langdon."

This is not really a detective novel at all. It's not even a crime novel though thievery makes up much of the plot. It's nothing more that an early twentieth century version of a 1980s nighttime soap opera. It all reminded me of episodes of Dynasty in which wealthy people dressed in expensive clothes (a lot of space is devoted to the wardrobe descriptions), drink champagne, carry themselves haughtily and accuse each other of stealing each others spouses and partners rather than jewelry and handkerchiefs.

While there's no adultery going on in The Official Chaperon there is a lot of philandering mostly by the ne'er-do-well Chichester Barnard, the obvious villain of the piece. There's even an Alexis Carrington in the cast. Pauline Calhoun-Cooper (how do you like these hoity-toity names?) adds a contemporary spice to the proceedings and at least made me laugh with her constant accusations, her bitchiness and superior attitude. Only nineteen years old Pauline is also one of the youngest women in the cast of characters. So young, yet so old. Sigh...

Speaking of bitchy -- Lincoln has quite a way with her dialogue. Here are some zingers that I particularly enjoyed:


"Life is too short to bother with ill-bred and stupid people. I came to Washington to avoid them."

"Congressmen of today belong to the ancient and honorable order of inkslingers."

"If thee made virtue less detestable, Becky, thee would have more converts."  (Spoken by Madame Yvonett, a Quaker who likes her thees and thys, to her cousin Rebekah, an uptight religious hypocrite)

But these quips and intentional moments of humor are rare. Lincoln reserves her dialogue writing talent for paragraph long tirades filled with melodramatic pronouncements of anger and pitiful displays of desperate "love-making." Most of it is over-the-top even for 1915. I found myself laughing at most of these moments of high drama when I wasn't rolling my eyes.

And now a warning... (Now a warning?) Here comes a HUGE SPOILER. You may want to skip this paragraph...but I'd continue if I were you.

Most ridiculous of all is the novel's resolution when the reader learns that Janet is not really a kleptomaniac at all. Through the erudite pontifications of psychiatrist Dr. Paul Potter we learn that Janet's thievery was achieved through hypnosis.  She was the victim of an insidious post-hypnotic suggestion triggered by the mesmerist villain's blowing in her ear! This ending was so absurd and out of left field I could only think of Harry Stephen Keeler. He had yet to write a single story in 1915 so I can't even credit him as one of Lincoln's influences. But you can be sure I'll be reading more books by Natalie Sumner Lincoln. My hope is that she outdoes herself in terms of the absurd ending of The Official Chaperon. Stay tuned! 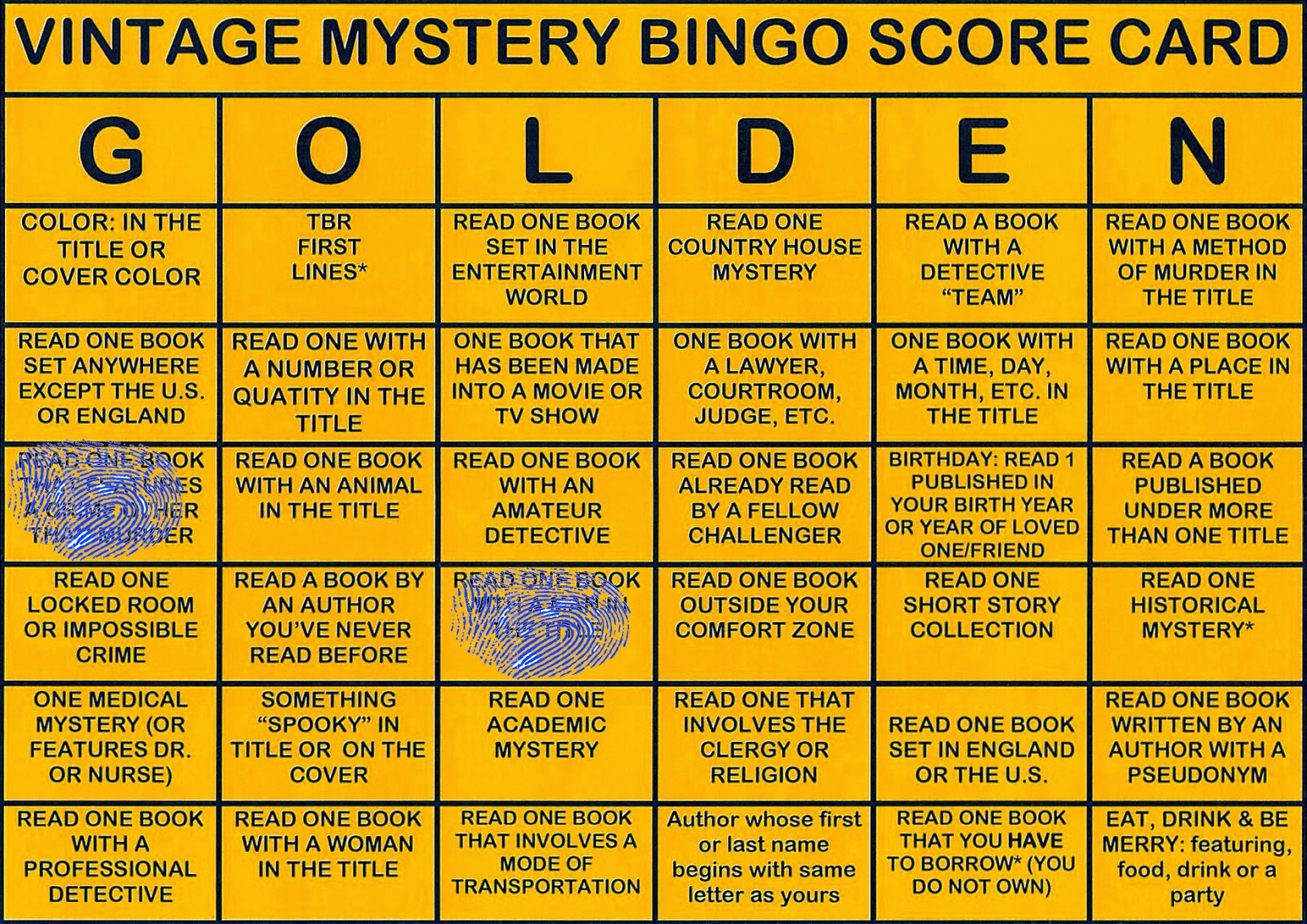 Reading Challenges:  1.  1915 Book for Rich Westwood's challenge.
2. Golden Age Bingo card space G3 - "Book with a crime other than murder." In fact, there is no murder in this book at all!
Posted by J F Norris at 8:03 AM