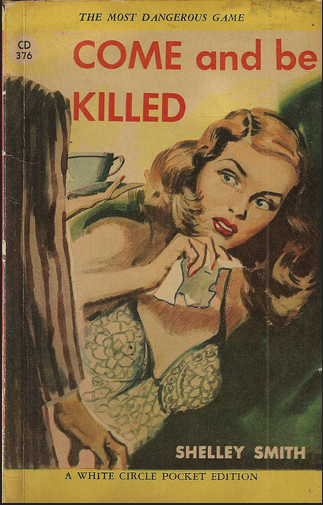 Sometime this blog has a confessional tone and today I’m surrendering again to a not-so-whispered admission. The “Badass Biddy” category (a label I invented myself) is my perverse guilty pleasure. This subgenre deals with elderly women plotting malicious crimes and doing in each other with abandon. I’m not sure I want to explore why exactly I get such a kick out of reading these kinds of books (I dearly loved my two grandmothers so don’t even think about going there, Dr. Freud). Let’s just say almost every time I encounter one of these books the characters are so outrageously nasty they fascinate and delight me and the plots are filled with double crossing and the kind of cat-and-mouse mind games that make for a rip roaring read. I’m thoroughly entertained. I’m a little sicko, right? Not really true because sometimes the books go over the top into gross-out gore as in Nigel McCrery’s Still Waters and his sadistic psycho senior citizen murderess Violet Chambers. And for me that is always a turn-off. In the case of Shelley Smith’s novels, however, there is restraint mixed with suspense and a dash of macabre wit. Come and Be Killed! (1946), its ironic title already hinting at the black humor within its pages, is one of the best examples of the Badass Biddy crime novel.

Smith dedicates this novel to her Auntie Annie “who gave me six years of peace during six years of war”. I can’t help but wonder if that too isn’t a bit ironic having completed the book. There is little peace in this book and quite a bit of scheming and battle of the wits between expert poisoner Mrs. Jolly and Phoebe Brown, the actress bent on avenging her foolish sister’s mysterious apparent suicide. There is so much going on in this book I’m hesitant to discuss any of the intricate plot. Smith has structured the book deftly and she manages to shift the tone from satiric novel of manners to psychological portrait of a murderess to a page turning cat-and-mouse thriller. 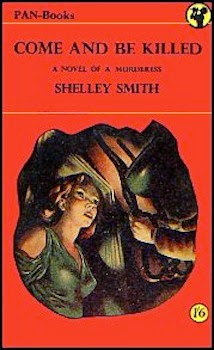 Come and Be Killed! is divided into three parts. Part one introduces Florence Brown, a whining hypochondriac dependent on her sister Phoebe’s assistance. Phoebe is a self-involved actress of questionable talent and limited success. Florence begs her sister to accompany her on a vacation that a doctor has prescribed for her health. But Phoebe sensing it to be more a plea for money than companionship rejects her and rewards Florence instead with a vacation in a nursing home that is actually a mental institution. When Florence realizes that Phoebe has duped her and sent her to live with crazies she feels even more lonely than ever and is determined to escape. Turns out it’s easier than she could imagine. She simply walks out one day while the staff is preoccupied with a busy outdoor recreation event and soon finds herself at a train station. There she is almost immediately befriended by the solicitous Mrs. Jolly. Florence begs for train fare to help her get back to her sister, but Mrs. Jolly has a better idea. The two women go off together leading to Mrs. Jolly offering her home to Florence. And poor Florence does not live very long in that household. For Mrs. Jolly we soon learn has a habit of knocking off her elderly lady roommates.

In the second part Smith travels back in time and we learn that Mrs. Jolly was born Violet Russell (why are all these badass women named Violet?). This section reveals Violet’s life story and the origin of her murderous inclinations. The finale and third section is the closest to a detective novel if more of the inverted type. Smith continues the story of hapless Florence and her sister. Phoebe is now remorseful over her indifferent treatment to Florence. “We are never kind enough, are we?” she laments. “And the dead remind us bitterly by their absence of lost opportunity.” The actress begins to suspect that her sister’s death was no accident. Fed up with incompetent police work Phoebe manages to track down Mrs. Jolly and, using her skills honed on the stage, play acts and matches wits with the killer in a dangerous and deadly climactic showdown. 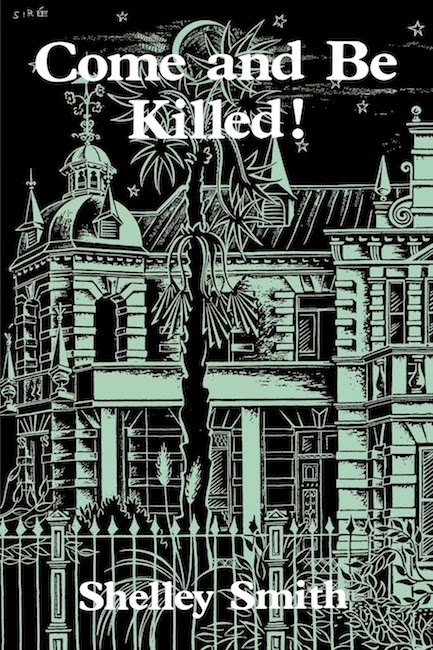 Come and Be Killed! has been reprinted twice in the US since its first publication in 1946. Once in a 1940s era digest paperback from Mercury and again forty years later in 1988 by Academy Chicago. In the UK it was reprinted at least three times in paperback, two of those editions are used to illustrate this post. There are multiple copies in both US and UK editions, paperback and hardcover, available at very affordable prices in the used book market as of this writing. If you’re like me and admit to this guilty pleasure or if you like the kind of crime novel where wily characters match wits with one another you’re sure to find Come and Be Killed! a delectable treat. Without hesitation I recommend this finely written, expertly plotted and thoroughly entertaining book.