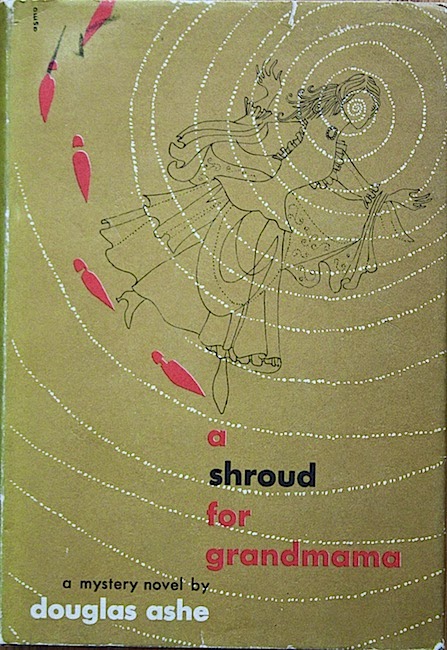 John Franklin Bardin wrote this delightfully odd genre blender using the pseudonym "Douglas Ashe." A Shroud for Grandmama (1951) begins as a HIBK style Gothic suspense but from the get-go Bardin assures the reader the story will not be your average Gothic with a damsel in a nightie running rampant through a spooky house. To begin with Abigail Longstreet wouldn't be caught dead wearing a nightie. In the second place she stumbles upon her octogenarian grandmother's corpse at the foot of a staircase surrounded by dancing footprints in the dust with no other footprints leading to or from the body. And lastly, dead old Grannie Ella is wearing nothing but a white bikini. Abigail immediately takes care of this embarrassing situation by removing the puzzling footprints that suggest a ghost was present and hauling dead Ella upstairs and making her more presentable by removing the scanty swimsuit and dressing her in the shroud conveniently left in her bedroom closet. Just what the heck is going on at the Longstreet estate?

And then there is Abigail herself. She's only twenty-eight years old but she chooses to dress and speak as if it were 1900 rather than 1950. Her quasi-Edwardian way of narrating the book is exemplified by lines like "Grandmama abhors hurly-burly". She also tells us that her preferred manner of dress includes brocade dresses with high collars, hemlines that are ankle length, and high button shoes. No close fitting revealing clothes or high heels for her. One character calls her a Gibson girl lookalike. She's anachronistic to the max. Yet being a heroine in a Gothic suspense novel she is of course drop dead gorgeous and it's her beauty that entrances handsome young stranger Albert Crump who just happens to be passing by her grandmother's home the night of her mysterious and bizarre death. 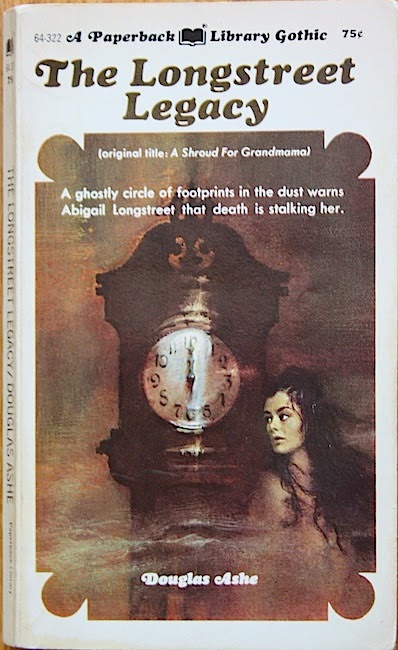 Just as soon as Abigail is finished tidying up the scene of her grandmother's death she is interrupted by the perfectly timed appearance of a policeman. Inspector Stephen Elliot is shrewd and crafty and he immediately gets down to business. Turns out he's been a watching the house at the request of an anonymous tipster and he saw Abigail enter, find Ella and rub out the footprints, and take the dead body upstairs. He also stuns Abigail with the news that her grandmother was murdered. Thus begins an expertly told tale of deceit, family secrets, betrayal, revenge and avarice.

Inspector Elliot has his work cut out for him. Each member of the family received a letter purportedly from Ella summoning them to her house. Never mind her being blind. Abigail explains away how a blind woman as disciplined as her grandmother could still painstakingly compose letters in her beautiful copperplate handwriting. There is only a tell tale upslant. Re-examination of the letters shows an absence of the upslant. Elliot thinks the letters are forged. Was the murderer luring everyone to the house to prevent them from having alibis and thus complicating the case?  Is this murderer out for more than just the death of Grandmama Ella?

There are some other Gothic touches like the legend of Sybil, a rambunctious ghost who haunts the house with poltergeist activities when she's not waltzing through the corridors leaving a trail of footprints behind her. And there is the secret of Claude Bryant, Abigail's father, who supposedly died during his service as a soldier but who may still be alive. Finally there is Claude's bastard son whose complicated history is slowly revealed throughout the murder investigation. But my favorite part is when we meet Abigail's sister Maude who is completely caught up in her new found way of life through Dianetics! Bardin has great fun mocking L. Ron Hubbard's pseudo-religion in Maude's dialogue. She spouts forth her zealous beliefs peppered with the ridiculous vocabulary of Dianetics. She does a lot of talking about "engram pressure" and firmly believes that Sybil maybe responsible for killing their grandmother.

This is a lively and entertaining detective novel highlighted by great sleuthing from Elliot who often resorts to verbal trickery and sets a few traps for his deceitful suspects; the utter bizarreness and impossibility of the murder itself; and a fantastic protagonist with an engaging and eccentric narrative style in the person of Abigail Longstreet. The book was reprinted under the title The Longstreet Legacy in its paperback edition and is somewhat scarce in either hardcover or paperback. Still for those who like their detective novels fanciful and odd this one comes highly recommended. The hunt for this scarce book is well worth your efforts. 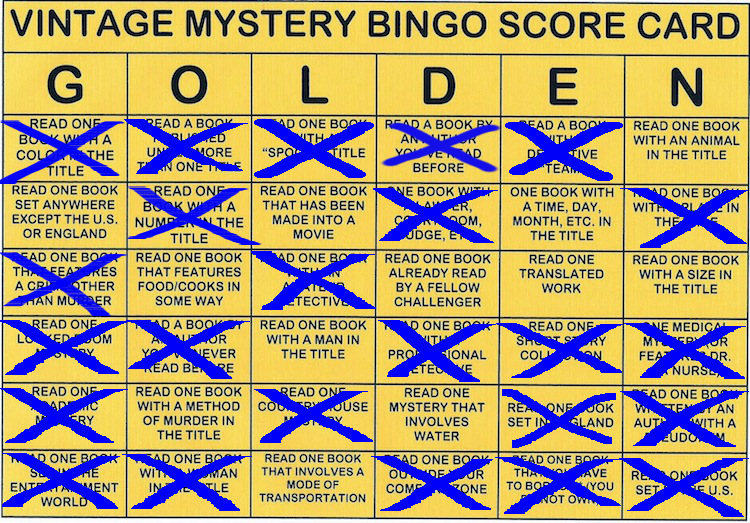