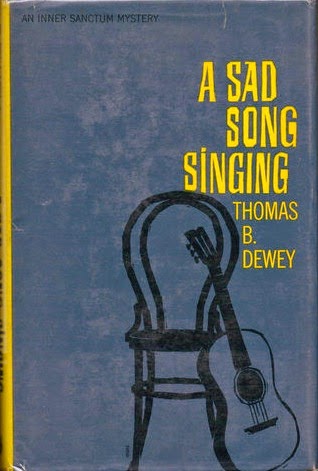 Folk singers and private eyes. Not exactly a combination you'd expect to turn up in a crime fiction novel. What's so criminal about the 1960s coffeehouse scene and long haired guitar strumming entertainers singing ancient songs of doomed love? The closest you get to danger is if someone decides to sing a song with an strong anti-government theme or a pacifist's paean to the end of the Viet Nam war. But Thomas Dewy manages to tell a story of a missing folk singer, his grief stricken girlfriend, and the mysterious contents of a suitcase she's been entrusted with, and come up with a fast moving, action-packed tale that is basically a pursuit thriller.

A Sad Song Singing (1963) is fairly straightforward. Cresentia Fanio seeks out the help of Mac, Dewey's world weary private eye based in Chicago, and asks him to locate her missing boyfriend, singer Richie Darden. She claims she's been followed, has managed to lose the men on her tail, and needs Mac's help to hide the suitcase and find Richie soon. He's skeptical about the whole thing, especially about the suitcase Richie has given Cress to watch over. She refuses to open it as she promised Richie she wouldn't. When some thugs burst into his office and Mac manages to beat them off and escape with Cress and her suitcase his mind is pretty much made up. He'll do his best to find Richie and get to the bottom of the mystery of why the thugs want the suitcase so badly.

The detective novel elements are at a minimum here. It's the story of Cress and her complete immersion in the folk singing scene that makes for a fascinating read. Dewey creates a variety of coffeehouse locations from swank carpeted establishments that serve meals and alcohol to the dingiest dive serving only regular coffee and apologies for the broken espresso machine from a leotard wearing waitress while college boys play chess and turtleneck attired beatniks strum their guitars on a wobbly wooden stage. The atmosphere feels oddly old-fashioned, almost cliche and yet wholly authentic. Dewey even dreams up a few folk songs with haunting lyrics. You can practically hear the music wafting off the pages. Mac can't help but succumb to the lure of the music and discovers that Cress herself has an unmined talent for singing just waiting to be unleashed on a welcome audience. 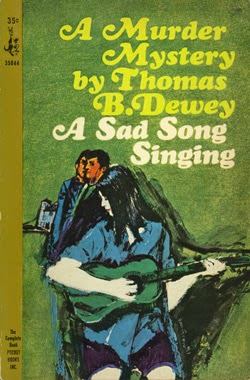 At each new singing gig Mac gathers up bits of vital information about the missing singer and begins to wonder if Darden may have been involved in a robbery. When he gets a chance to handle the mysterious suitcase and feels it to be suspiciously lightweight he begins to suspect the worst and fears that Cress is being exploited as a decoy while Darden makes his escape.

Mac is not your typical private eye. Sure he's great in a fistfight and though he carries a gun with a legal license he's reluctant to pull the trigger. This case that forces him on a road trip through the folk singing world with a teenage girl also puts him in the role of surrogate father. We see a tender side to him as he comes to care for her not only as his client but as a lost girl too much in love with a fantasy. At one point he seems utterly lost himself. No longer able to reach her with his compassionate talk, yet knowing he needs to convince her that Darden's disappearance may have very dangerous consequences for he dissolves into frustrated silence. His lament is summed up in a simple painful sentence: "If only I could sing, I thought."

I read this book at part of Rich Westwood's challenge mentioned earlier this month on his blog Past Offences to read a mystery published in 1963. It also fulfills one more book in my Vintage Mystery Reading Challenge, Silver Age edition. 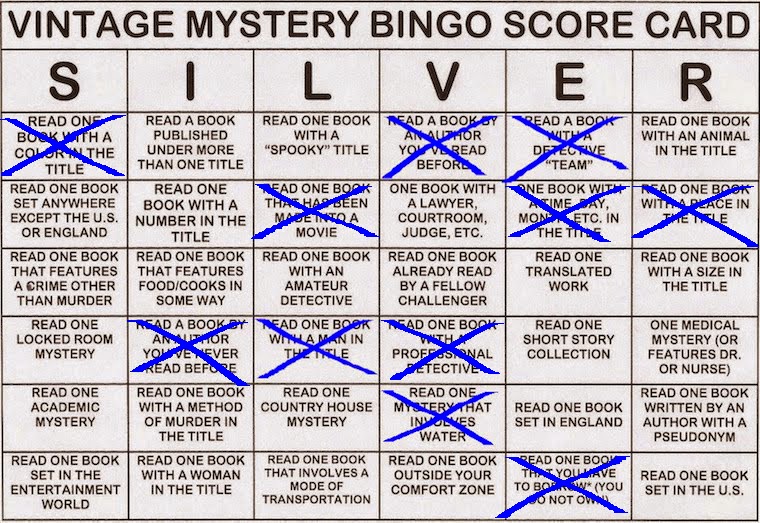