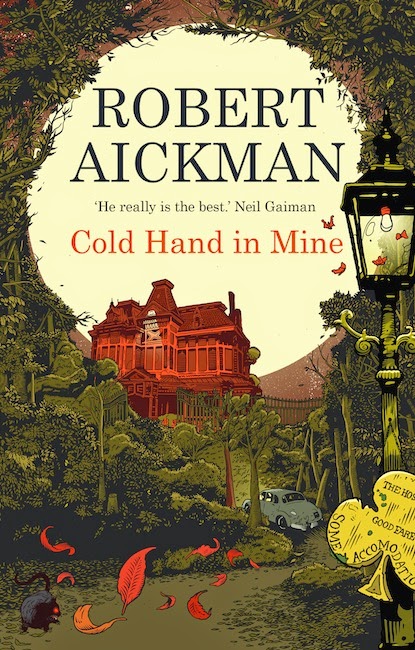 Today marks the centenary celebration of "strange story" writer Robert Aickman who was born June 27, 1914.  As part of the celebration of what would have been Aickman's 100th birthday Faber & Faber has reprinted several of his story collections including the two featured in the post today. Dark Entries (1964) was Aickman's second collection and his first book of stories written solely by him. Cold Hand in Mine (1975) is his fifth collection and is well known to book collectors for the US first edition (Scribner, 1975) has a DJ illustrated by Edward Gorey.

I've written previously about the strange stories (his preferred term) of Aickman in my post on Powers of Darkness. But re-reading these tales in their new editions brought forth some interesting recurrent themes in his writing. Aickman doesn't really write traditional supernatural stories though some of them incorporate tropes of ghost story fiction and horror fiction. There is always an ambiguity pervading the stories, a ghost may not be a ghost at all but the fervent imagining of a disturbed mind. There are some instances of outright horror as in his chilling tale of the walking dead in "Ringing the Changes" found in Dark Entries; the thing that lives in the lake in "Niemandswasser" or the grisly and nightmarish true purpose of "The Hospice" both in Cold Hand in Mine. But more often than not the odd and bizarre events tend to be shrouded in a haze of the characters' twisted perceptions of reality and enhanced by their personal quirks and eccentricities. 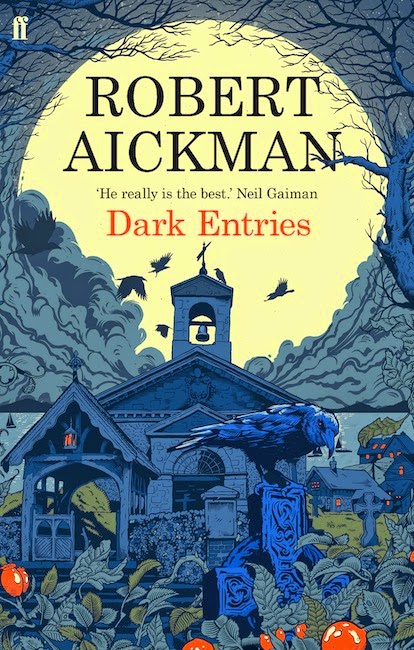 In my current reading of the stories I discovered something else. The men in Aickman's stories are often the victims of glamour. Contemporary connotations include glamour as a synonym for stunning beauty but its original meaning (now considered archaic by modern lexicographers) is of supernatural power, mostly of the fairy world, to bewitch or hypnotize and control a human. Whether this inclusion of glamour and spell casting is intentional or not on Aickman's part I cannot say, but in at least five of the stories I read the male protagonists make mention of the captivating beauty of a woman they encounter and they almost immediately fall under her spell. Take for example Carfax, the renaissance man and traveler in "The View." His attraction to the bewitching woman he dubs Ariel leads to him to friendship, romance and an unfortunate fate. He finds himself not only under her glamorous spell, but the spell of the home in which she lives. His room affords him a view that is ever changing in its scenery and by the end of the story he realizes that he has spent not a few days with Ariel but several years.

There are six long stories in Dark Entries and eight in Cold Hand in Mine. Most of them run between 30 and 50 pages. Aickman takes his time telling his tale, like a patient artist at work on a canvas he paints landscapes with carefully chosen words that evoke a sublime atmosphere blending dread and anticipation of the characters' inevitable doom. No one really escapes unscathed in an Aickman story. If they are lucky enough to survive their encounters they will carry with them a haunting memory of the world of the macabre and the weird. Many of Aickman's characters are forever changed and scarred by their inexplicable adventures. And the reader taking in Aickman's narratives cannot help but be affected as well.

For more about Faber & Faber's paperback reprints of Robert Aickman's books visit this page at their website. They plan to release a total of six of his books. It is also worth noting that Tartarus Press, an independent UK publisher of supernatural fiction, has reprinted all of Aickman's books in hardcover editions. All of them are still available. As part of the centenary of Aickman's birth Tartarus has also published this month The River Runs Uphill, an autobiographical volume originally published in 1967. Read more at the Tarturus Press website.
Posted by J F Norris at 9:06 AM