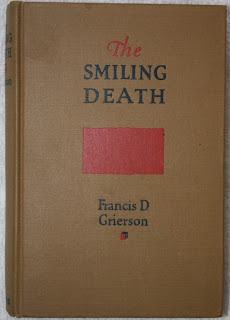 Edgar Wallace seemed to have a great influence on many of the crime writers in 1920s England. His thrillers were less concerned with the fair play detective puzzles and focused instead on the behavior of the criminals, particularly the special brand of master criminal (Silinski, White Face, The Twister) and criminal syndicates (The Fellowship of the Frog, The Green Ribbon, The Crimson Circle) that make up the bulk of his work. I saw a lot of Wallace in The Smiling Death (1927), a book that begins as a detective novel but quickly turns into a crime thriller with a typical Napoleon of Crime matching wits with a dogged police inspector and his expert sleuth companion.

This is the sixth book featuring series character Professor Wells, a expert in chemistry, friend and consultant of Inspector Sims who team up to solve baffling crimes over the course of twelve novels and one collection of short stories. A dead man is found in Tottenham Court Road with a strange smile-like expression on his face. Sims explains that the body may be one of many in a string of unexplained deaths originally attributed to heart failure and dismissed that date back to 1908. All the victims were wealthy, all bore the risus sardonicus on their faces. Wells is quick to mention that this "smiling death" is often associated in cases of tetanus and some strychnine poisonings. This is an intriguing start, but Grierson almost immediately dispenses with all the mystery in a matter of pages.

The detection here is not fair play at all. It takes the form of lectures and in one single chapter Wells discusses his findings with Sims based on meeting Gregory Marle, handing him his walking stick after Marle drops it on the floor, and noticing a tiny pinprick in the neck of the corpse. He tells Sims he knows the murderer and the method based on these three things, but is not sure of the motive. Later in the book Sims will do some detection of his own that follows this pattern: he sees an object, examines it cursorily, then pockets it intending to discuss it with Wells when Grierson sees fit to reveal it to the reader.

While the story seems to be presented as a typical whodunit it is not Grierson's intention to withhold the identity of the killer until the final pages. We learn who he is well before the half way mark. He is Gregory Marle, a seemingly kindly bookseller who is watching over his pretty ward Pamela Fayne. In reality Marle is a master criminal and master of disguise, with a small army of local crooks and thugs at his command. Fooled into thinking this is a puzzle style whodunit the reader soon discovers he has instead picked up a crime thriller with the author's primary interest being the criminal's behavior and not the detective skills of the sleuthing protagonists.

One of the best sections in the book occurs when Marle confronts Wells and attempts to bargain with him. The two have an interesting exchange of ideas in which Marle discusses his life as a murderer and criminal and Wells reacts with a mixture of horror and admiration.  Marle concludes the visit with a warning: Leave him alone and he will do nothing, interfere and he promises Wells will die. Wells accepts that, but tells Marle he has no intention of letting him continue with his criminal plans to which Marle, ever the gentleman master criminal, replies: "Professor Wells, I am going to kill you. And yet, if you would allow me, I should like to shake your hand."

Typical of so many of these thrillers the story is drawn out and padded with incident. Marle wastes no time in trying to eliminate Wells. But the professor foils the first attempt with a ploy similar to the one Holmes whipped up in "The Empty House" to fool Colonel Moran. Scotland Yard assigns a policeman to guard and follow the professor and there is a long, nearly pointless, sequence with Wells playing "lose the tail" with his inept policeman shadow. A subplot about a stolen string of pearls and a sequence detailing a strange method of relaying secret messages embedded in crossword puzzles also figure in the action-filled plot. The book is littered with incidents like this that seem more filler than substance. They also made me think the book was originally serialized which I later learned was true. The Smiling Death first appeared in Everybody's Magazine in four installments from April through July of 1927.

The final third of the book begins with Red Joe Smith, one of Marle's cronies, turning police informer when he recognizes the man he is assigned to kill as his former commanding officer Captain Roger Kent. Kent saved Smith's life on the battlefield years ago and Smith swore he would repay Kent for that heroic deed. After Smith gives all his information on Marle to the police there is a race to arrest him before he flees the country in a boat with two women (the love interests of two minor characters) as hostages.

It's all familiar and formulaic to a modern reader and slightly disappointing after such an interesting beginning. Only the character of Gregory Marle kept me interested in reading to the end. His dialog, like all great villains, is the best part of the book like this sample taken from his tête-à-tête with Wells:


Murder? It is a word used by the ignorant with a sort of religious awe. But let us call it the taking of a life. [...] I will admit that I have taken more than one life. I have lopped off from the parent tree certain useless branches just as a surgeon lops a gangrenous limb from a human body. 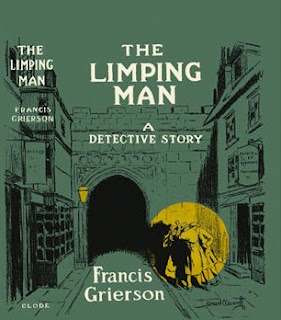 This was the first and probably last Professor Wells Book I will read. I also own the very first Wells & Sims book, The Limping Man, but after sampling four chapters I find that it too suffers from quickly resolved mysteries, no fair play detection, and too much of the thriller writer's love of action over puzzle for me to continue with it.  I may try some of his other books, however,  outside of this series to see if he has anything closer to a traditional detective novel.

Grierson wrote a homage to his idol, "Edgar Wallace: The Passing of a Great Personality," in The Bookman (March, 1932, pp. 3101). However, I was unable to find a complete copy of the text online. Some further digging required when I make my next trip to the Chicago Public Library. 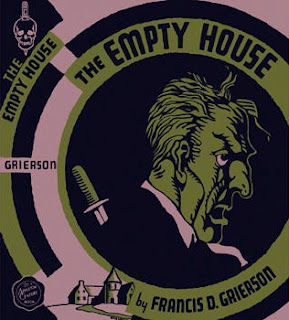 
NOTE: Francis D. Grierson should not be confused with an American non-fiction writer who shares his name. The Grierson who wrote detective and crime novels was a Irish man born in 1888 while the other Grierson was a British born, naturalized American born in 1848. The older Grierson isn't even a real Grierson. His real name is Benjamin Henry Jesse Shepherd, a concert pianist, who wrote under the pseudonym "Francis Grierson" and penned a number of books incorporating his interest in mysticism and spiritualism including The Valley of the Shadows and Abraham Lincoln, the Practical Mystic.