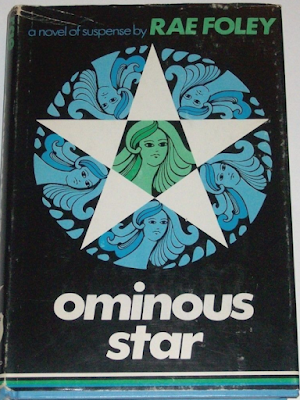 THE STORY: Mary Turner befriends an elderly book collector and antique dealer while working at her new job in an antiquarian bookstore in Manhattan. Out of gratitude for their many delightful evenings together, talks of books and antiques, and platonic friendship Charles Sheridan gives her the deed to a cottage, a place he knows she will appreciate. But she can only accept his gift on one condition -- upon his death she must find a locked box in the attic and destroy its contents. She must never look at or read what's in the documents in this box. A few weeks later someone robs Charles of a few rare antiques. He catches the thief in the act, they exchange words, the thief punches Sheridan in the face, he falls striking his head and later dies. When the police learn that Mary was willed the cottage they suspect she had a hand in the theft and Sheridan's death. Then a mysterious man enters Mary's life and the two of them decide to beat the police at their own investigation and find out the truth behind the theft and how Sheridan died.

THE CHARACTERS: The summary above makes this Ominous Star (1971) sound like a Phyllis Whitney novel, a suspense novel with fanciful elements drawn from Gothic mystery novels of the past. Young female protagonist and elderly erudite gentleman become friends, and he entrusts a secret task to the other. But the whole business with the box and its contents is akin to a MacGuffin in a Hitchcock movie. It merely serves as an object, or in this case a task, that will propel the plot. The real story is about who stole the antiques from Sheridan's home and how and why he died. There is also a subplot involving Miller, Sheridan's butler and confidante, and his deep, dark secret. The novel turns out to be a surprisingly well plotted detective novel along the lines of a police procedural. Nearly three quarters of the story deals with the police investigation. Mary appears only at the start of the book and the last couple of chapters, with the obligatory damsel in distress sequence to serve as a climax.

The supporting players were more to my liking than Mary (a rather drab and cookie cutter style heroine one finds in these woman in peril novels). I thought for sure I had pegged Randy, Sheridan's black sheep relative, who spends most of his time in a hippie disguise, as the villain. Had this been a Phyllis Whitney book he most definitely would have turned out to be a handsome rogue. I'll not reveal whether I was right or wrong but I was a bit surprised by the way this book turned out. Especially with the anticlimactic business with the box and its contents.

However, two of the supporting women characters were well worth the trip through these pages. Phoebe Cortlandt ("Oh, that Cortlandt!" everyone says when they finally meet her) is a highlight in this novel. She's a rich kid living in a penthouse apartment on the Upper East Side and despite her well-to-do and entitled roots she is completely counterculture. She dresses like a Mod and fancies herself an artist. She is upset that the "true artists" of New York never get a break in the snobby galleries of the city. In retaliation she has opened her home as a gallery to her friends so they can display their work. She even invites the police to the art exhibit. It's going to be a party, of course. She promises food, drink, lots of interesting people and eye-opening art. Several people the police want to interview in relation to the Sheridan crimes will be present at the party and Petersen instructs Sgt. Carpenter to get some good clothes and make an appearance. The scenes with Phoebe are filled with wry humor and off kilter characters and allow Elinore Denniston (the real name of "Rae Foley") to make some fascinating commentary on the art scene, the hippies and young people of the 1970s.

I also enjoyed a silly sequence when a floozie secretary flirts with Sgt Carpenter at the office of the grandiose and odious Kenneth Wilkinson. She's a very minor character, appears only once and serves no other purpose than as a sexpot comic part. The entire sequence made me laugh out loud. Whether this was Denniston's intent or not didn't matter to me. I thought it was hilarious and very un-PC all at once.

INNOVATIONS: Denniston uses the bohemian and artist scene of the 1970s Manhattan to comment on the pop culture phenomenon of Hippies and the "groovy scene." Some of the best elements in this book are the characters' reactions to meeting people like Phoebe and Randy. Randy's ludicrous disguise is clearly meant as a chance for Denniston to ridicule the ubiquitous hippie look. Randy chooses probably the most cliche look of all: fringe vest, long blond wig, wildly colored shirt, tight pants, and a guitar case with actual guitar inside. This last bit is overkill; a stupid prop that he carries with him everywhere. But I don't recall that he even plays the thing. 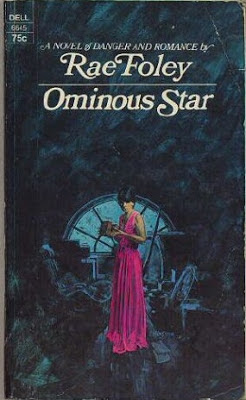 QUOTES: Instead of quotes of the author's writing I thought I'd show you how much Dennison was entranced by literature, mostly the work of playwrights. I've read three of her mysteries so far, all of them overloaded with literary allusions. The title of this one comes from John Webster's bloody revenge tragedy The White Devil ("This thy death/Shall make me like a blazing ominous star/Look up and tremble.") Everyone seems to be well read in her fictional worlds. I mean everyone! From the erudite sophisticates of the Upper East Side to the cops, every character in Ominous Star loves to quote famous writers or allude to literary works.

Charles Sheridan: "I'm no philanthropist. I have no use for what Shaw called 'the undeserving poor,' the world-owes-me-a-living type."

and: "I feel like Sir Walter Raleigh. Do you remember his bitter lament after having been forced to attend a garden party? ..." And then he goes on to recite from memory a six line verse in doggerel which I will not reproduce here.

plus: "like Leacock's horseman I ride my hobby off in all directions."

also: "Do you remember Maggie in What Every Woman Knows or has our nudist theater made [James M.] Barrie part of the general discard?"

OK, enough of Charles. The first chapter alone has close to fifteen allusions uttered by him.

Peterson: "As Scott Fitzgerald once remarked, 'Rich people are different.'"

Vincent Young, Sheridan's financial advisor on Kenneth Wilkinson, a fatuous lawyer: "The Falstaff of the legal profession without the wit; a sponge without will."

Phoebe Cathhart: "What is he really up to? Is he threatening to cast you in the role of First Murderer?" (Macbeth allusion referring to one of the two dull-witted killers enlisted to murder the Macduffs.) 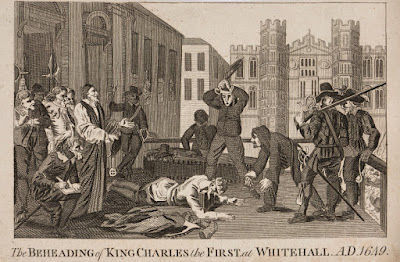 THINGS I LEARNED: Yet another allusion but one so arcane I needed to do some research. Lt. Peterson is talking to his sergeant about the suspects and when they get to Miller, the butler and the sergeant's easy target for Sheridan's killer, Peterson says, "Your King Charles's head." Clearly this refers to the execution of Charles I and seems to imply that the sergeant was stuck on one idea. But I needed to know its origin. The phrase stems from a character in David Copperfield, Mr. Dick, who has been trying to write an autobiography on the King and is "regularly defeated by the intrusive image of King Charles' I head" after execution. To speak of "King Charles' head" is basically the same concept as the folk saying "to have a bee in your bonnet." It's a bothersome or obsessive idea that one finds difficult to get rid of.

EDITION: The first batch of the Rae Foley Dell paperback reprints had a uniform look and were illustrated and marketed to look as if the books were romantic suspense or neo-Gothic novels. (See the image above in the QUOTES section.) In many cases with Foley's books this is utterly misleading. The plot summary of Ominous Star makes it seem as if the lead character is Mary Turner, but the bulk of the book is a police investigation with Peterson, the Homicide detective being the focus. If anything this is more like a Helen Reilly or Elizabeth Linington novel than it is part of "romantic suspense" subgenre. The "romance" angle is thrown in as an afterthought taking up less than two chapters towards the end. It seems totally out of place, too and is rather unbelievable.

EASY TO FIND? A handful of copies of Ominous Star in various editions, including one in French translation, are currently offered via the usual used bookseller websites. One handsome US first edition with a nearly pristine dustjacket is offered via eBay at a very affordable price. But the majority are either Ulverscroft large print editions or Dell paperbacks. Happy hunting and reading! 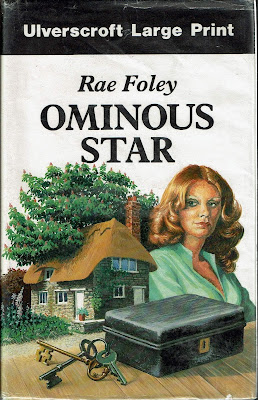