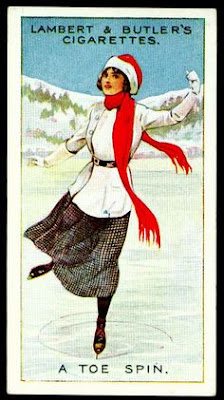 Each year at this time Loren Eaton who writes at his blog I Saw Lightning Fall invites creative writers to challenge themselves with the micro short story called a drabble. One hundred words -- no more, no less. The only other rules are that each story must have a Christmas theme and must be in the ghost story tradition.  Some take the traditional Victorian road paved with eerie frissons and visited by wispy ghosts, others travel down the darker, bloodier pathways of contemporary horror.  I whipped up two frothy concoctions this year. One intended to make you smile, the other to chill your heart. Be sure to check out at Loren's blog where he is gathering all the links leading to other stories throughout the holiday blogosphere.


The Fire Is Slowly Dying

Christmas Eve and he was flat on his back unable to move. So damn hot. It's December! Makes no sense. He tried to focus. Three silver buttons pushed into his chest. Where were his clothes? His skin was turning golden brown in this heat. All around him that sickly aroma. Sugary, spicy.  Not cologne, more like…a bakery? Ahead of him was a door with a large window and a gigantic face looked at him. A gigantic smiling girl. An alarm, the door opened, then a bellowing voice: "Don't burn yourself! Use the oven mitt. Mmm, don't they look tasty?"

Every year he returned to watch her skate. The pond was wild, dangerous. She found inspiration outside, surrounded by birch trees and chirping sparrows. She was free. Today she was doing what she did every Christmas Day. Tracing the numeric pattern with studied practice, etching the symbol of her future. No cracking or splintering of the ice so many years ago, no plunging into freezing water.

When she was done she vanished. Not quickly, more like a slow fade as wintry fog surrounded her and took her back. Back into infinity. The symbol she traced when turned on its side. 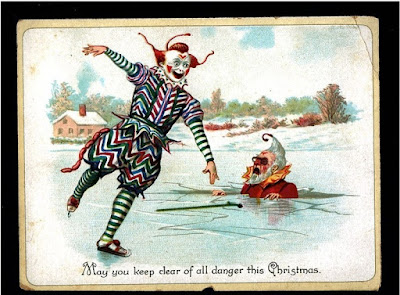