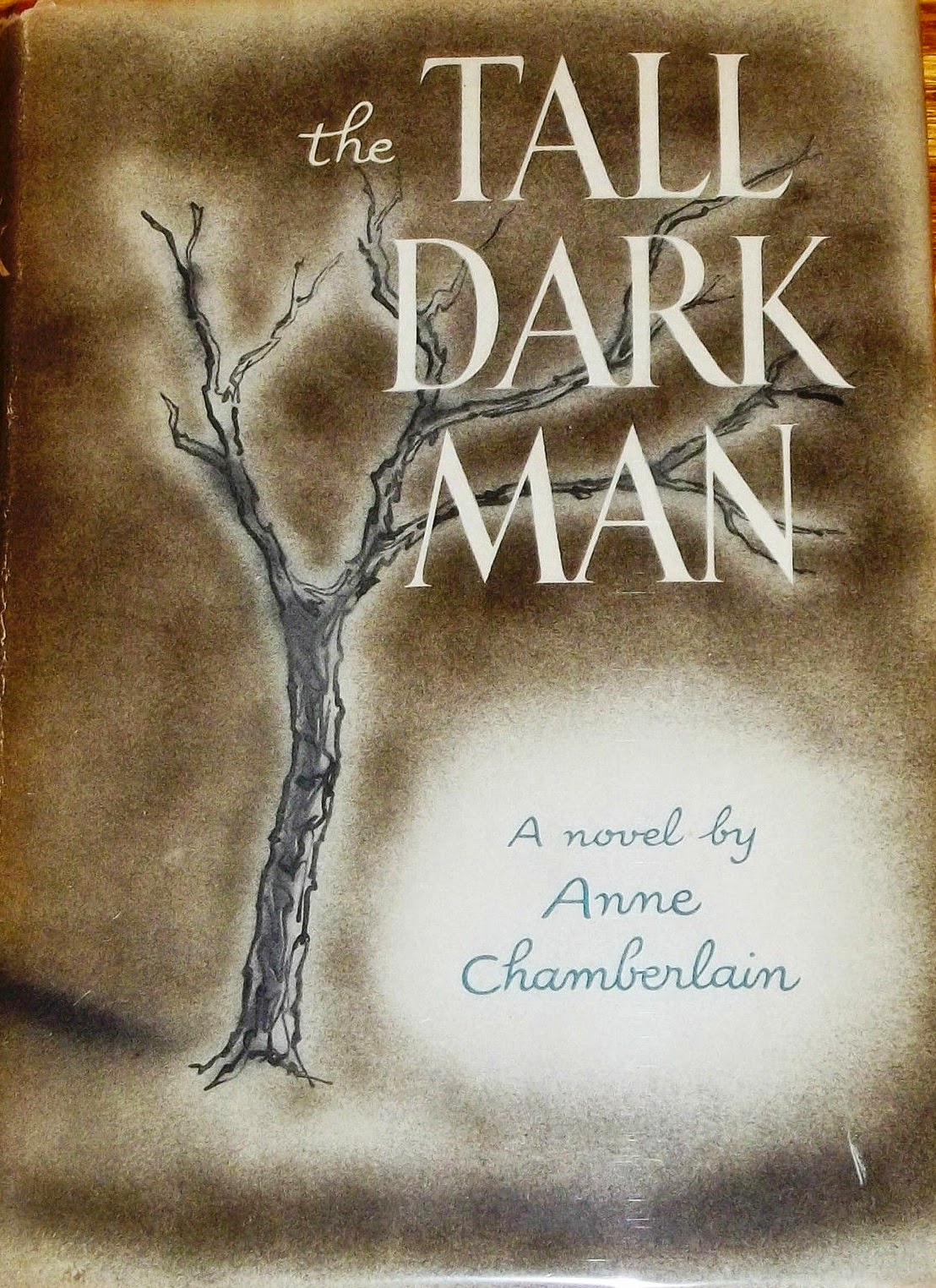 Anne Chamberlain's debut novel The Tall Dark Man (1955) can barely be called a crime novel. Why this book was marketed as a cat and mouse thriller is beyond me. It's not. Yes, there is a crime. But the story is one of those experimental psychological novels that used to flood the shelves in the 1950s. What makes it noteworthy is the voice of the protagonist -- a 13 year old girl. And she is one troubled little girl.

The book is almost a retelling of The Window that remarkable movie with Bobby Driscoll as a boy known for telling lies who witnesses a murder and his desperate attempt to get any adult to believe what he saw was true. Driscoll's character is harassed and hounded by the villains and we fear for him legitimately. Sarah Gross, Chamberlain's heroine of sorts, also is an overly imaginative youngster with a flair for spinning tales but what she sees may not have been real. Unlike the Driscoll character Sarah is more akin to Mary Tilford from The Children's Hour, a mean spirited liar intent on causing harm.

Sarah lives under the shadow of an ugly reputation as a vindictive rumormonger after she tells a very nasty story about one of her male neighbors who slighted her one day. We learn that Sarah spends most of her lonely childhood gazing out of windows, dreaming up stories of the strangers she watches often ending those stories with a lurid finish. In the opening chapter Sarah witnesses a violent fight between two men in hunting garb that ends in a savage and bloody death. But who is going to believe the girl who told such a whopping lie about an adult and impugned the character of some of her schoolmates? Sarah lingers too long at the window and almost too late realizes in horror the murderer is staring at her through his binoculars.

Knowing she cannot tell anyone what she saw without being thought a liar again Sarah is forced to resort to her manipulative ways to escape the school and elude the murderer who she is sure is after her.  Having failed to convince any of the adults to accompany her home or drive her away (she usually walks to school) Sarah holes herself up in the girls' bathroom hoping against hope that the "tall dark man" doesn't get inside and finish her off. Over the course of the book, which takes place in a single evening, the reader gets to know Sarah and her secret life as storyteller and dreamer, her sad upbringing in a home where her father gambled away their savings, a home of heated quarrels and little love. Sarah retreats into her imagination further frustrating her mother and her teachers who have already suggested Sarah be taken to a child psychologist. 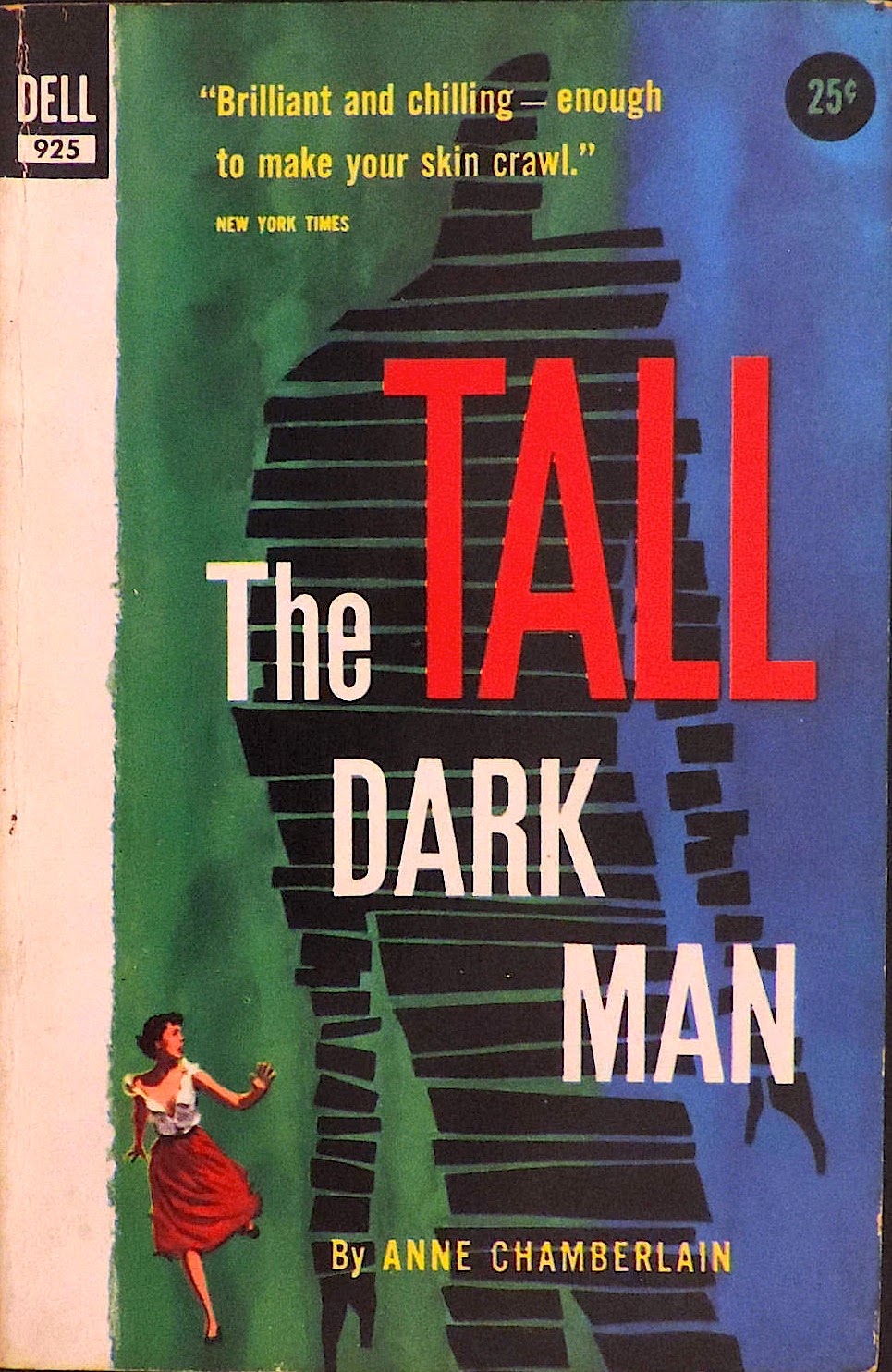 The book is a strange mix of psychological study of a borderline antisocial child and an allegory of childhood fears. Chamberlain manages to saddle poor Sarah with a closetful of character flaws ranging from self-loathing to pettiness to desperate longing for one single friend. She's a sad little girl and often one scary little girl as well. In one chilling passage she actually believes that she caused the "tall dark man" to kill the other and begins to identify with the killer recognizing in herself a streak of cruelty that could easily lead to violence. It's hard not to see her as a forerunner to a nastier, less victimized Carrie White. In the first paragraph she makes mention of having had her first period in the past six months and hating herself for "[becoming] a woman". There is a later sequence where she and her mother discuss menstruation with Sarah becoming ever more indignant and spiteful towards her mother when she tries to explain her daughter's ongoing biological changes.

Lost in all of Sarah's ruminating and fixating is the tall dark man of the title. As the story progresses he becomes less a murderer in search of an eyewitness and more of a hazy marauding symbol of everything that a 13 year-old can possibly be afraid of. Chamberlain's writing also tends to waver in and out of nightmarish surrealism and cozy naturalism.  At times her gift for naturalistic dialogue, much of it rendered in spot on Midwestern idiom, gives way to a jarring kind of heightened theatricality peculiar to allegorical playwriting.

The story languishes too much in Sarah's past. Chamberlain heaps on pop psychology explanations for Sarah's tortured emotions. Her continual trips into her past trying to sort out her conflicted feelings for her father and her stepfather grow tiresome. At it weakest moments the story devolves into the well trodden terrain of soap operas. What's at stake and what Sarah fears for in the present is too often abandoned. Intermittently we are reminded of the looming threat when the murderer appears outside windows as a ghostlike face or is seen loitering by the school flagpole. However he never really seems like a menace. He's more of a lingering shadow than a palpable danger. 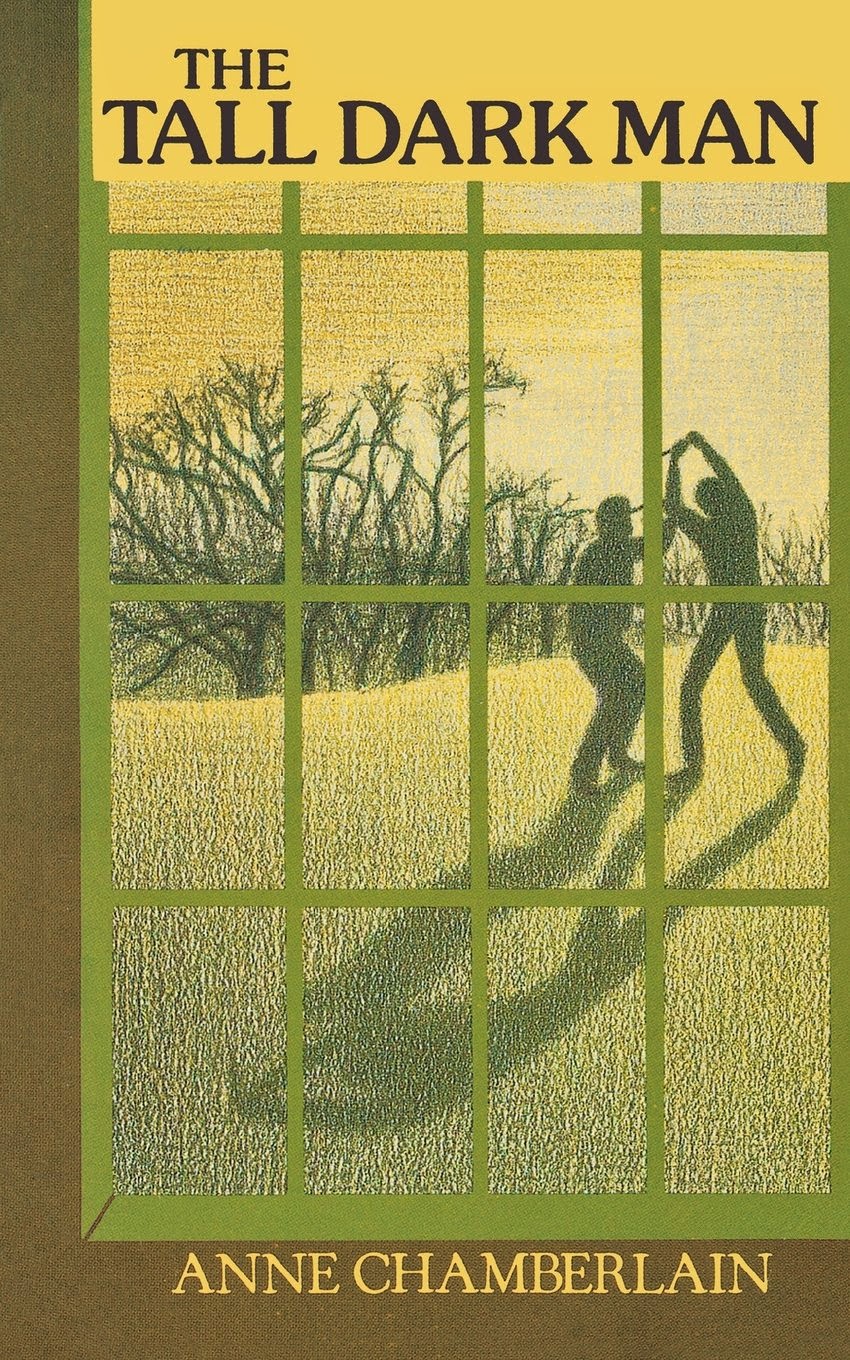 There are lighthearted moments amid all this grim and self indulgent dreaming. When they do come they are more than welcome. A scene between two janitors complaining about the slovenliness of teenage girls in the third floor girls' bathroom is hysterically funny. Later when a group of students rehearsing a play invade Sarah's bathroom sanctuary she at last finds a handful of allies and much longed for companionship and some long overdue compassion. For me the scenes with the drama students were the best part of the book.

The Tall Dark Man received numerous accolades when it was first published. The paperback edition I have is loaded with blurbs from laudatory reviews that highlight its suspenseful nature. All of the quotes used make the book seem like a real nailbiter and a page turner. One reviewer claims she started the book at 1 AM and didn't put it down until she finished three hours later. But this is a case of exaggeration coupled with overlooking what the book is really about. The final two chapters are the only sections I found to be fraught with tension and the only times I received a smidgen of a frisson. I enjoy being misled in the context of a plot when I read crime fiction, I don't like being misled by marketing hype.

Reading Challenge update: One of two books I read for Rich Westwood's "1955 Book" for February.
Posted by J F Norris at 12:04 AM