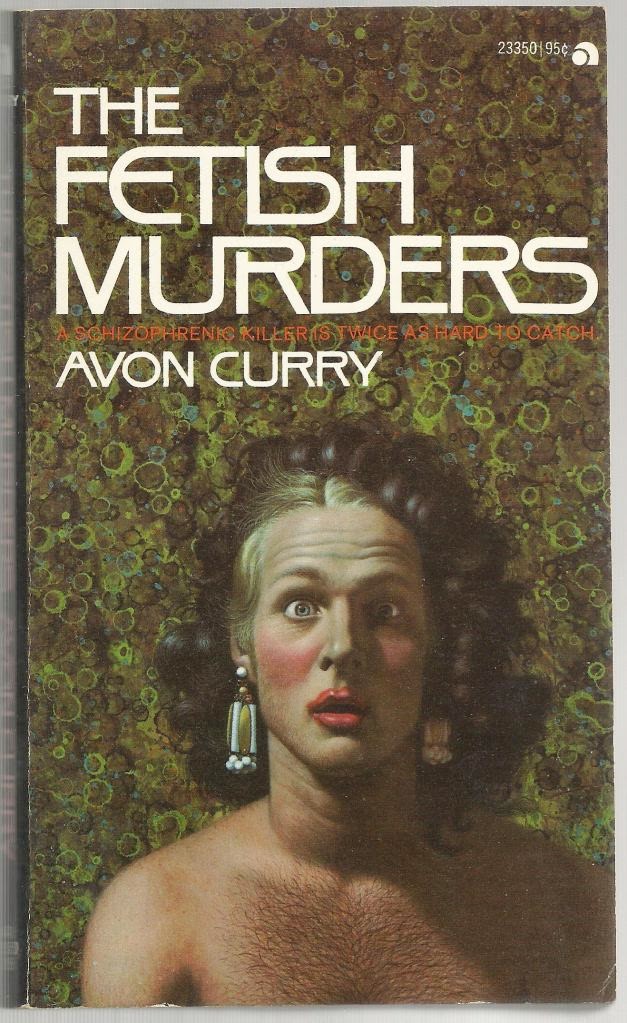 And now for something completely different....

I've been reading a lot of early transgressive fiction as research for an essay to be included in a book slated for 2016. This has led me into a strange and fascinating world of crime novels with plots that touch on formerly taboo topics mostly to do with sexual preference and unusual sexual practices. So when I fortuitously came across a book called The Fetish Murders (1973), with that cover seen at left, I had to read it. It's not at all transgressive fiction as I thought it might be since it has at its core a respect for morality and normalcy and does not revel in all things rebellious or counterculture. Thankfully, it did not turn into a serial killer novel as the title seems to imply. It's an attempt to present what most people in the 1970s (and I guess quite a few these days, too) would view as a distasteful subject -- erotic fetishism -- in a humanistic compassionate setting. It succeeds to a degree, but it disappoints on a whole other level.

The Fetish Murders begins with a comical scene in which June Hissock, "Carnival Queen of East Ganford", storms into the police station to report being attacked. She is the latest victim of a scissors wielding maniac who has been cutting locks of hair from young blond women. June is incensed; her hairdo is ruined. And the attack occurred just before she was to award some prizes at a school in one of her many beauty queen publicity gigs. Smart aleck journalists have alternately dubbed this hair crazed phantom the Demon Barber and Jack the Snipper. The newspapers also make a lot of allusions to Pope's "Rape of the Lock". It's all tongue in cheek and ridiculing and all a bit wrong. For they have no idea just how dangerous this hair clipping creep will become.

No one has ever seen Jack the Snipper, not even the women whose hair he is collecting. Each young woman has been attacked from the rear, the hair quickly snipped from the nape of the neck and the attacker fleeing before the victim even knows what's been done. Sergeant Pinnett is a bit worried that the attacks seem to be on the rise. He has a daughter who also has blond hair. What if she should be next?

You can guess what follows. Not only is Marjorie Pinnett next on the list she is also fatally stabbed with the scissors in what appears to be an attempt to fight back. And now the Demon Barber is no longer just a creep but a murderer.

This is very bad news for reporter Peter Stack. He had just written an informative news feature on fetishism in which, quoting expert advice of psychoanalyst Dr. Luton-Bailey, he explained the harmlessness of the attacks. The article was to reassure the public and prevent hysteria and vigilantism. He's alarmed by the murder and even moreso when he learns the victim is the daughter of a police officer who he overheard vowing to seek revenge on the Demon Barber. Stack revisits Dr. Luton-Bailey to try to understand why the fetishist suddenly became violent. When the psychologist hears that this particular hair clipping attack happened from the front he comes to the conclusion that the Demon Barber must've been recognized by Marjorie. And in that moment he felt it necessary to kill.

Luton-Bailey is one of the better realized characters. His psychology is modern and sound, even sympathetic, but still a bit too Freudian. I was disappointed that here was yet another instance of a psychological suspense story that dealt with aberrant behavior that must be explained away by an absent father, a domineering mother, and a belittled and abused child who grows up to be a deeply disturbed adult living out "perversions" in order to deal with trauma. No attempt is made to discuss fetishism as a form of eroticism without the taint of mental illness. Not all sexual fetishism is about mommy and daddy issues. There's a lot more involved in the fetish world that Avon Curry didn't seem to want to explore.

Bringing us to the writer. That name is an obvious pseudonym and by page 20 I was sure that the androgynous sounding Avon Curry was probably a woman writer. The way that Marjorie and her friend Nancy are depicted, the detailed talk of women's clothes and hairstyling, the sensitive nature of so many of the male characters -- this seemed not to be a male writer at all. And I was right. After consulting The Dictionary of Pseudonyms I learned that Avon Curry was one of several pen names used by the prolific writer Jean Bowden.

There is a lot about Bowden online these days after she formally announced at a 2009 SWWJ conference she was retiring from professional writing. She had a varied career beginning as an editorial assistant for a variety of British paperback houses including Panther and Four Square, moved on to become assistant fiction editor at Women's Own, and ended as editorial consultant for Mills & Boon. She has been credited with discovering Catherine Cookson and a few other bestselling writers. Concurrent with those publishing positions from 1958 to 2009 she used seven different pseudonyms to write over fifty novels consisting of romance, historical fiction, family sagas, crime and detective fiction and tie-in novels for the UK TV series The Brothers and Emmerdale. Her most recent incarnation as novelist is "Tessa Barclay". Using this name she wrote a series of crime/adventure thrillers featuring a series character, the ex-Crown Prince Gregory of Hirtenstein.

The Fetish Murders begins as a crime novel and slowly evolves into a psychosexual mystery but is never a true detective novel. Early in the novel Bowden reveals the identity of the killer and the existence of his mysterious girl friend Angela Good. The book alternates between Peter Stack's sleuthing -- both as a quasi psychological profiler with Luton-Bailey's assistance and a physical evidence gathering detective -- and the tortured behavior of Dennis Justinson determined along with Angela's help to shift the blame to an imaginary mad killer. There is one final twist Bowden adds towards the end of the book that is no real surprise to a modern crime fiction reader and sadly so ineptly handled that it fairly ruins the book. When the end comes it is violent as expected, tragic, a bit pathetic but wholly contrary to how the author led us to believe she felt about her antagonist. When Peter Stack calls Dennis "that thing" I was not just disappointed, I was pissed off. 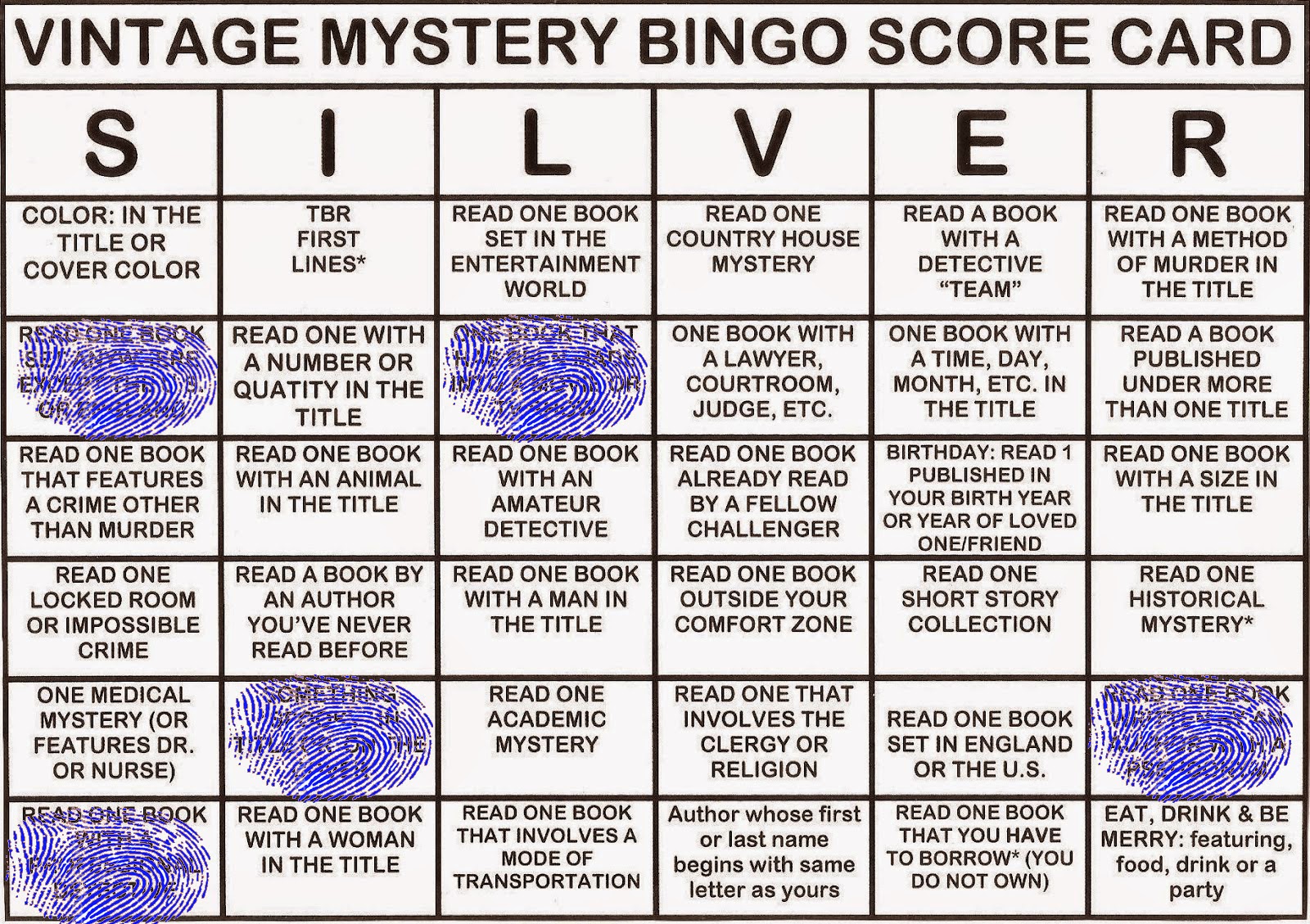