The Body in the Beck - Joanna Cannan 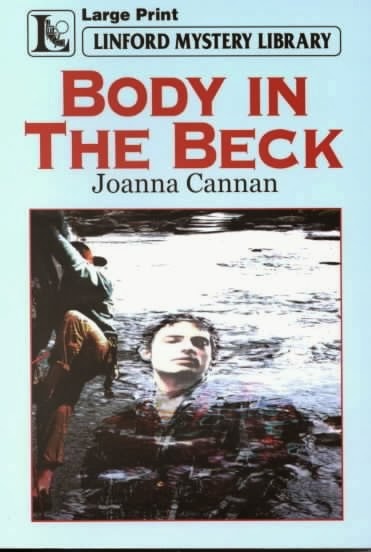 There are some detectives in the history of crime fiction who were created for the express purpose of infuriating the reader, I think.  Roger Sheringham was probably one of the first smug detectives who was far from likeable in his first few outings.  There's Philo Vance with his prissy urbanity and show-off erudition.  I recall a police inspector character created by American mystery writer Hugh Austin named Peter Quint who was one rude sonofabitch when dealing with his suspects. And if you flash forward a couple of decades out of the Golden Age it's hard to avoid Joyce Porter's insufferably lazy, rude and sloppy Wilfrid Dover. Some of these detectives are created as comic figures of  ridicule, others seem to have earned their irritating and annoying traits unintentionally. In the school of the detective as object of ridicule we can place Inspector Ronald Price who makes his debut in The Body in the Beck, (1952) one of Joanna Cannan's few forays into legitimate detective fiction.

Price is tasked with investigating the murder of a man found dead in the mountains of the Lake District.  He immediately suspects Francis Worthington, an academic and mountaineer, who discovered the body found beaten and possibly drowned in a small stream (the "beck" of the title).  Cannan sets up Price as a fool of a policeman and proceeds to discredit him both in his professional capacity and in his narrow minded view of humanity.  He is painted as a xenophobic prig uptight about sex.  She reveals him to be pretentious in manner and speech, moralistic about crime, and supercilious in his treatment of suspects he feels are his superiors. Everyone he interrogates is appalled by his lack of respect at an Oxford college where he tries to learn what he can about Worthington.  Old Man Meade, a veteran don, is particularly disturbed by Price's lack of grammatical skill during their interview. This is a remarkable kind of protagonist for any mystery writer to introduce.  Shockingly, Price goes onto appear in four more books.  Cannan must have been amusing herself a great deal. 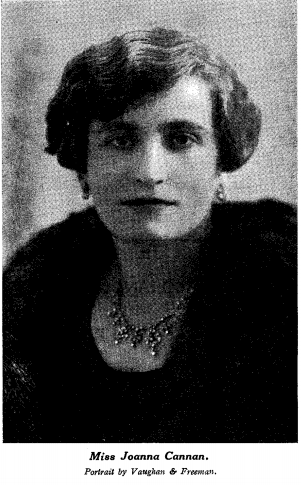 The detective plot is scant. It is clear that Worthington is innocent and he sets out to try to clear his name as Price continues to move adamantly forward in an attempt to prove him guilty.  Price lucks out when he runs fingerprints on the victim and learns he has a police record primarily for extortion and crimes related to an intimidation racket. But his obsession with Worthington soon leads the reader to give up all hope on Inspector Price solving the crime.  More and more one looks forward to Worthington's few scenes of detective work. When he sees someone making frequent trips to an abandoned well he begins to piece together the mystery of who, how, and why the victim was killed and dumped in the mountain stream. The identity of the murder therefore does not come as too much of a surprise in the end, though the motive and other aspects leading up the murder do supply a mild eyebrow raising moment.

If the book fails to excite as a mystery novel it cannot be said that it is altogether uninteresting. What distinguishes this book is Cannan's skillful characterizations, especially when the story focuses on the academics and the mountaineering tourists. Her other asset is an often indulgent and wry British humor notably when dealing with Price and his backward social skills. There was one physical description of Price's smile ("revealing pearly dentures, which was meant to be reassuring, but brought crocodiles to mind") that summoned an image of the wickedly acerbic Beatrice Bradley, often called Mrs. Croc in the mystery novels of Gladys Mitchell.

Another remarkable feature of the book is Cannan's obsession with mountaineering poetry.  Apparently there is a very scarce volume of such poems -- The Englishman in the Alps edited by Sir Arnold Lunn (1913) -- she dipped into for repeated obscure literary allusions.  And I of course had to look up every last one of them!  Francis Worthington, his climbing partner Sebastian, as well as a woman psychologist and one of the elderly dons all spout forth passages from arcane poems and long forgotten works of England's literary past, most of which turn up in Lunn's anthology. One poem "Separation" by Walter Savage Landor is often quoted (" Between us now the mountains and the wood/Seem standing darker than last year stood").  Other poets quoted include A. D. Godley, Thomas Macaulay's "The Lays of Ancient Rome" and the initialed near anonymous author known only as B. K. whose "Levavi Oculos" serves as the source for another oft repeated phrase ("Grant I may pass with strength undimmed and find/The sleep that is more ancient than the hills.") 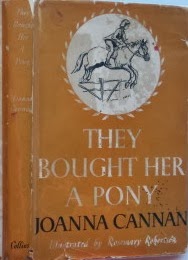 Speaking of hills, the phrase "the hills sleep on in their eternity" crops up a couple of times. Not only is it an allusion to the poem "Friendship" by Hartley Coleridge, but those familiar with Cannan's bibliography may catch that it is a reference to one of her earliest works The Hills Sleep On (1937), a borderline crime novel.

And if her love of undistinguished mountain poetry was not enough allusion play Cannan also has a wink-wink-nudge-nudge kind of scene in which she makes fun of herself.  Price visits Worthington's sometime mistress Lady Nollis and while waiting for the woman to be summoned by her servants he peruses the titles of her bookshelf. There he finds a miniature library of children's books with the titles like I Wanted a Pony, They Bought Her a Pony, and Plenty of Ponies.  In addition to her mainstream novels and crime fiction Joanna Cannan is probably best known for her pony books written for young girls (and perhaps a few boys). Those titles Price discovered on Lady's Nollis' bookshelves are genuine books written by Cannan and her two daughters, Christine & Diane Pullein-Thompson, who also became writers of horse and pony books. 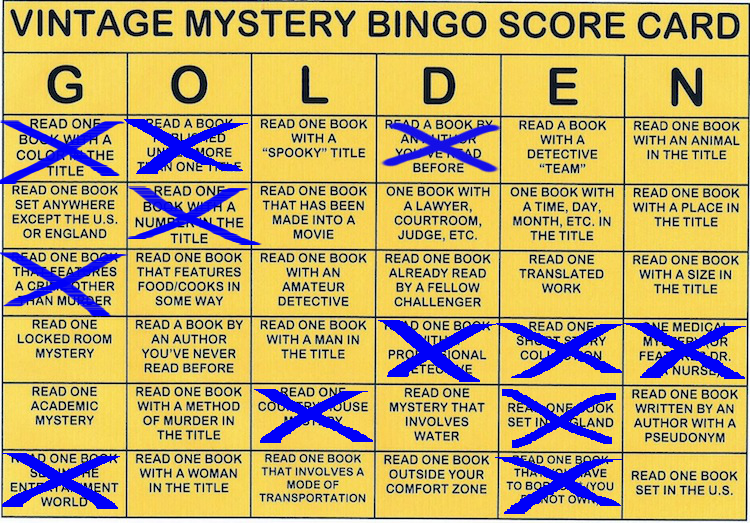 Reading Challenge update:  E6 on the Golden Age Bingo Card - "A Book You Have to Borrow."  I took this one out of the Chicago Public Library.
Posted by J F Norris at 9:07 PM