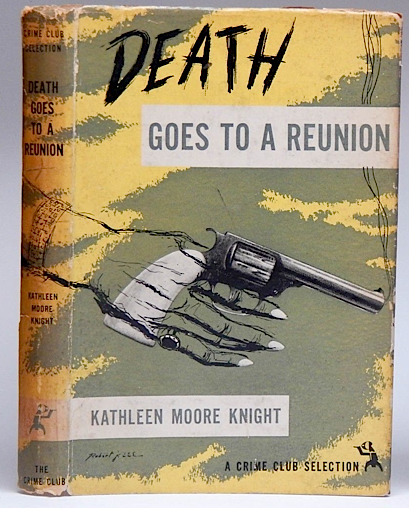 I went through a period last summer of reading Kathleen Moore Knight's detective novels and romantic suspense thrillers. A while ago I came across her name in a list of underrated mystery writers and since I had a small boxful of her books I thought it was about time to catch up on her. She was one of the best selling writers in the stable of popular American writers published by Doubleday's Crime Club and turned out to be rather prolific, creating three different series characters (one under the pseudonym Alan Amos). Knight showed variety and range in her subject matter which includes country house detective novels set in New England, urban crime and mayhem set in New York City with publicity agent turned amateur sleuth Margot Blair solving the mysteries, and a wide array of adventure thrillers and early forms of romantic suspense almost all of them set in Central and South America. 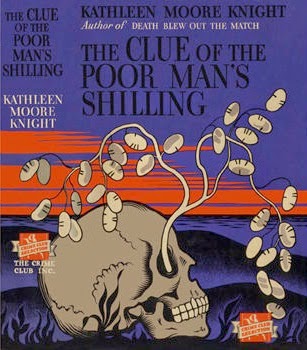 I started with two of her books featuring her First Selectman Elisha Macomber who lives on the fictional Penberthy Island (most likely modeled on Nantucket) in a village so small there is no official police department.  Death Blew Out the Match (1935) and The Clue of the Poor Man's Shilling (1936) are admirable novice examples of quasi HIBK with a smidgen of fair play detective novel clues thrown in for good measure.  The second is far superior to the first. Though both of them end with the heroine bound and gagged in a cabin at the mercy of a token villain ...Shilling has tighter plotting, readable prose, a surprise reveal in the murderer's identity, deftly drawn characters, and one of the best examples of life on an isolated New England island in a detective novel of the late 1930s.

In doing research into her later books I also came across several book reviews in "The Criminal Record", a monthly column in the old Saturday Review in which "Sergeant Cuff" gave capsulized reviews of mystery books. One of Knight's books received high praise earning her the enviable adjective "ingenious" from the usually tough to please Cuff.  That book was Death Goes to a Reunion (1952).  I had to find a copy and see if it lived up to my own high standards.

Just last month I finally found an affordable copy.  I'm glad to report that while it may not be what I'd call ingenious it certainly has been the best of Knight's books I've read to date.

Essentially, what we have is yet another country house murder mystery with a small group of suspects. A group of sorority sisters who went to college in 1911 have gathered at the home of Helena and John Myrick for a 40th reunion. Oddly enough, all of the women at one time dated John, known as "Jocko" back in the day and still lovingly called by that nickname by his devoted granddaughter Nella. One afternoon during the reunion weekend a maid enters Jocko's study and finds him dead from an apparently self-inflicted gunshot wound. It's hard for anyone to believe that he would've committed suicide, especially during a reunion of his wife's friends. All signs, however, seem to point to that end. Elisha Macomber steps in and begins his own investigation enlisting the aid of Nella and her fiance Peter as well as Henry, a simple-minded, talkative handyman who finds new confidence and an improved self-image in his role as assistant detective. Later, it is also necessary to call in Chief Buck, the police chief at the down-island town of Medbury, when there is another death and Macomber is certain a revenge crazed murderer is hiding among the ex-sorority sisters. 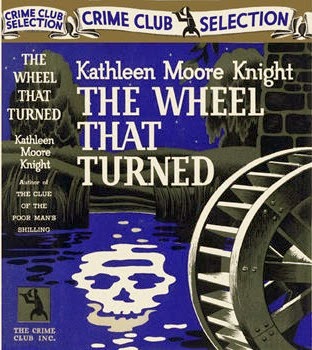 Knight does something very daring with this book. Each time a death occurs she allows the reader to see the scene played out. Because it is clear she intends that her killer be a woman Knight can still make the killer anonymous through the use of feminine pronouns. Since there are really only two male supporting characters it's still a fair play technique. Knight also manages to shift suspicion among the six or seven women suspects several times. It's done convincingly with both character observations and skillfully laid out clues. She had this reader reassigning the role of murderer at least four times before finally picking the correct culprit based on a single well planted yet rather subtle clue.

Macomber, unlike the early books I've read, has an increased lead role as detective. Knight is obviously more comfortable with her creation to give him so much stage time. He has grown older and now in his early sixties he has softened a bit and recognizes his flaws. While often self-deprecatingly calling himself "a doddering old blunderbuss" or "a ruminating old codger" he picks out the genuine evidence from the misleading red herrings and points out clearly to all just why the two victims did not die accidental deaths but were callously murdered by a very clever killer.

Finally, in this book Knight makes some pointed observations in her writing. Each character has their chance to shine and there are no extraneous "bogey characters" inserted into the story as filler or red herrings. The reader sees several of the suspects in solo scenes with many of these sequences displaying impressive writing. One cannot help but be moved by lines like "One mourned -- not with the grief of loss, but because of the emptiness where love should have been" when Jocko's widow is meditatively recalling her reactions to her husband's death. In addition to the improved construction of the detective novel plotting this book is highlighted by similarly quiet yet powerful moments.

If you ever want the proper entry point for the detective novels of Kathleen Moore Knight I'd suggest you start with Death Goes to a Reunion. It's a stunner both as detective novel and a study of love gone terribly wrong. Agatha Christie would've been proud. 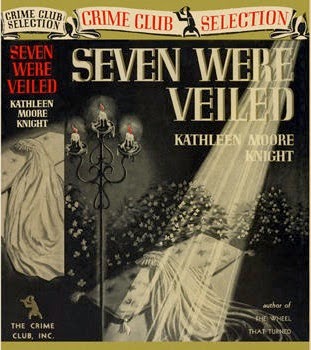