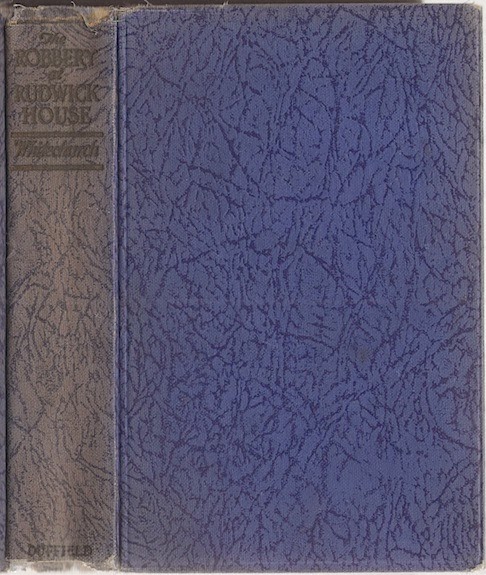 The Robbery at Rudwick House (1929) is the third of only five crime novels written by Victor L. Whitechurch, cleric turned mystery writer and one of the first members of The Detection Club. Interestingly, like Anthony Berkeley who founded the Detection Club some of Whitechurch's books are far from the usual traditional mystery of the other members. He liked to experiment with the form. This book, originally published as Mixed Relations in the UK, is as far removed from a detective novel as possible. In fact, there is very little detection in the book at all.

Whitechurch attempts to tell the story of a comedy of manners slowly introducing elements familiar to readers of comic crime -- mistaken identity, leaping to conclusions, and the farcical possibilities of bringing together characters of contrasting class backgrounds. Selina Lakenham, an American woman and her son Alexander travel overseas to the home of her brother-in-law Archdeacon Lakenham who has been entrusted with getting Alexander into Oxford University. Cyril Lakenham, whose brother recently died, learns from an odd codicil in his brother's will that he will earn $10,000 if he can safeguard a place for his nephew at Oxford and upon completion of his studies and graduation from university will receive another $10,000. He assures everyone that the money is not the impetus for his meeting with his sister-in-law and nephew. He really has the young man's educational interests at heart.

Simultaneously, another story is unfolding. The Vicar has recently employed Leonard Brooks, a new manservant, who we learn almost immediately is not at all who appears to be. He is leading a double life in an elaborate disguise under the assumed name of Major Greynell. Something fishy is going on. And when another woman Babs Morris and young man posing as her son show up the stage is set for an obvious case of mistaken identity and silliness galore. Mrs. Lakenham and Alexander will soon be mistaken for Babs and her "son" who is really her brother Alan.  The police are hot on the trail of the two con artists; Mr. Gillingham, the Archdeacon's lawyer is trying to sort out the mess of who is who; and Sir Henry Middleton has recently lost a valuable addition to his unique collection of antique snuff boxes. With all this going on there is ample opportunity for farce and laughs galore.

Here's the problem. The story is not very funny at all. It's too familiar. The mistaken identity gimmick is easily spotted and the reader can predict everything pages before it happens. This is a shame because Whitechurch has proven he can be a master of the unexpected with offbeat humor in his creation of Thorpe Hazell. The comedy of an Edwardian health nut still has resonance for and can elicit a smile or a giggle from a 21st century reader. The humor in ...Rudwick House, however, is hackneyed. The strength of the book is perhaps in the satirical touches about life at a vicarage and the politics of the clergy, something very close to Whitechurch.

The Robbery at Rudwick House is a pale imitation of an P.G. Wodehouse novel. All the jokes are about making fun of crass Americans. There are too many scenes like those in which the vicar's houseguest Lady Caroline is horrified by the Americans' vulgarity. Groucho Marx and Margaret Dumont made a career exploiting this kind of character contrast. Frankly,  I'd rather be watching Groucho so naturally and ebulliently make fun of Dumont than read a book that consists of labored comedy. Nothing brings a frown to my face faster.

This counts as the seventh book in my Golden Age Vintage Mystery Reading Challenge bingo card.  I've counted it as space G3 ("A Book with a Crime Other Than Murder"). 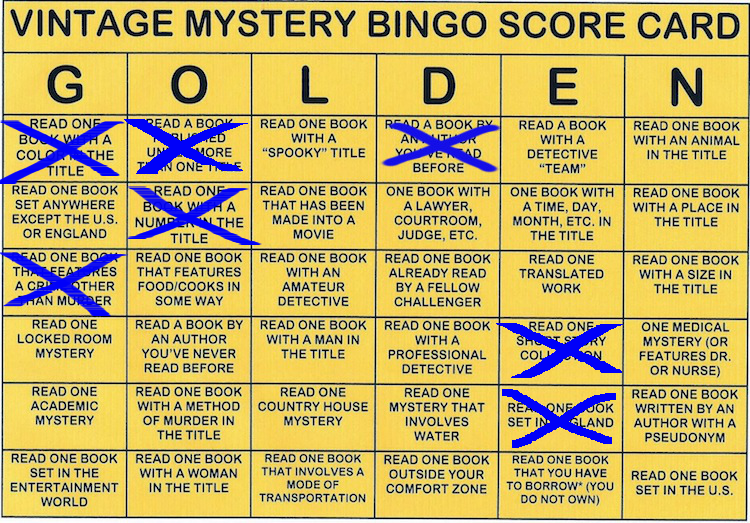