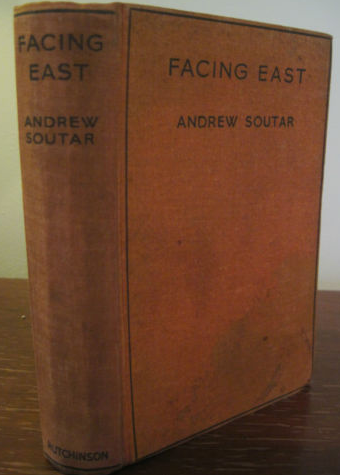 Phineas Spinnet is the creation of Andrew Soutar, an incredibly prolific British writer during the 1920s and 1930s whose popular fiction mostly consists of romances and domestic melodramas. Soutar also wrote a handful of detective and crime novels some of which feature Spinnet who was popular enough to have appeared in a radio series during the 1930s. But based on this one adventure of his I can’t see what the appeal is.

Spinnet is part of that subset of supercilious private “inquiry agents” inspired by Sherlock Holmes. What Soutar fails to capture in all of Phineas Spinnet’s arrogance and misanthropy is the kind of respect Holmes demands. Spinnet is just plain unlikeable. He has intuitive skills rather than a talent for detection, an ego as immense as the Atlantic Ocean, and a coterie of lackeys who do most of the real work while he sits back insulting nearly everyone he encounters. He smokes his expensive cigarettes sneering and dismissing everyone around him as incompetent. It’s only the unusual background of the primary characters’ connection to British colonies in India and Ceylon that held my interest in this adventure of Spinnet’s aptly titled Facing East (1936).

The story begins with a great hook reminiscent of the best of John Dickson Carr. Sir Cuthbert Bale asks for Spinnet’s help in finding out why the legendary Death Watch specter has reappeared and is haunting the grounds of Grimston Hall, Bale’s ancient Tudor estate located in Crowhurst, Sussex. Captain Leech, a visiting ex Indian Army soldier has dropped dead while visiting Sir Cuthbert and witnesses claim that an apparition with a skull like face was most likely the cause. Any time the Death Watch phantom appears someone is sure to die shortly thereafter.

Spinnet makes his way to Grimston Hall where he meets up with a group of suspicious servants led by the sinister Lycett, Sir Cuthbert's Indian butler. The story begins to shift in point of view and soon it is clear that the overall mood and structure will be that of a thriller and not a detective novel. The servants are busy at night doing some mysterious digging on the grounds and explain that they are looking for a mineral spring for the possible construction of a well. Spinnet knows better that to believe such an implausible story. His suspicions of ulterior motives are confirmed when the chauffeur reveals that he has been reading up on the history of Grimston Hall in some library books and has learned of treasure that may be buried in the vicinity of the house. Then the chauffeur disappears one night after one of the midnight digging sessions.

When Drugmann, an old friend of Sir Cuthbert’s turns up unexpectedly – again after travelling in parts of Asia – Spinnet is convinced there is some conspiracy at work to get control of the estate. Then Drugmann drops dead from mysterious causes though Spinnet is convinced he was poisoned, a fate similar to that of Captain Leech. Yet how was the poison administered in full view of three other people? The method of the poisoning, however, will not be revealed until the final chapter. Though there was ample opportunity to play fair with just how and what form the poison took Soutar chooses to allow Spinnet dazzle everyone with his intuitive skills in a gathering of the suspects in the drawing room scene. It is a surprise and rather an ingenious way to kill someone but I was disappointed that Soutar couldn’t plant a few more clues for the benefit of the reader.

Several macabre set pieces (again almost a homage to Dickson Carr) manage to maintain the reader's interest. These include an illegal exhumation, the surprise of a missing corpse in the coffin, some grisly antics in a family vault and the reappearances of the Death Watch specter in and out of Grimston Hall. Spinnet is assisted by Timson, an ex-convict manservant in the manner of Magersfontein Lugg, and a reformed con artist named Marie Crosby Dick who has a talent for acting. The two of them pose as a "Lady Blythe Kenny" and her servant "James" and hole up in a local inn in order to keep tabs on some other bad guys outside of the Bale household.

Other interesting facets of the book include a section devoted to passenger air travel and the business of a commercial aerodrome that takes up all of Chapter 24. In this chapter I learned that, in 1936 at least, it took four days to fly to Australia including all stops for refueling and stocking of provisions. Also that in order to talk to one’s fellow passenger the use of special earphone/headsets was required to cut down on the deafening noise of the propellers. I thought it was the best part of the book.

I’m not sure I’ll be investigating any other adventures of Phineas Spinnet. He’s just too much of a jerk for me to care about him. Eccentric detectives were all the rage back in the heyday of the Golden Age but this detective who cares more about his jigsaw puzzle collection than people is just not the kind of character I’m interested in reading about. Give me detective with quirks and humanity, not this odious megalomaniac.

Nearly every book featuring Phineas Spinnet is exceptionally hard to find anywhere. Those that are offered for sale tend to be inappropriately expensive for such an obscure and unread author as Andrew Soutar. Facing East was the first one I came across that was relatively affordable. But save yourself the trouble of hunting, my friends. Here’s one Neglected Detective who is best forgotten. 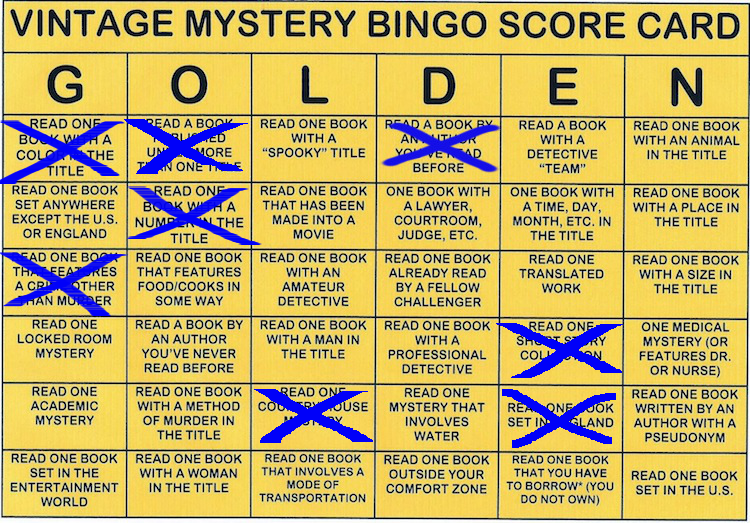