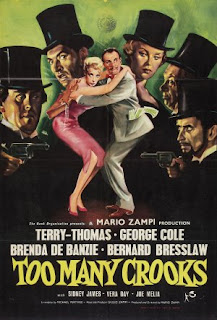 I've always loved Ruthless People, the 1986 comedy in which Danny DeVito tries to get rid of his harridan wife played by Bette Midler only to discover prior to killing her that she has been kidnapped.  He is elated and taunts the ineffectual kidnappers by not paying them and daring them to kill her and put an end to all his troubles. Screenplay writer Dale Launer claimed to have been inspired by O. Henry's "The Ransom of Red Chief" about the kidnapping of an obnoxious child who causes headaches for the crooks trying to get money from his parents who don't want him back.  Well, it appears that Launer really took the idea from an old Rank Organization/Pinewood Studios movie called Too Many Crooks. I only learned this a few days ago when Christopher Fowler mentioned it in passing on his blog here.  So of course I had to find the movie and see for myself. Too Many Crooks has an awful lot in common with Ruthless People. But the 1959 British movie happens to be funnier, less vulgar, and has a sense of fun and hysteria that outshines the American film of the 80s.


Terry-Thomas, premier sputterer and cad of so many British and American farces, plays Billy Gordon, a greedy businessman who fears banks and the taxman. He keeps all of his money hidden in several safes and other secure spots out of the hands of his wife and the British government.  A gang of inept thieves targets him for their latest caper, but they fail miserably at their group effort as masked yeggmen.  So they turn to Plan B - kidnapping his daughter.  Their ineptitude once again trips them up when they learn they have kidnapped not his daughter but his wife. And the joke is on them when Gordon has no interest in paying the ransom. Even when their gang leader Fingers (George Cole) attempts to barter on the ransom dropping it from £10,000 to £4,000 to a mere 200 quid Gordon will not fork over the money. When his wife learns that she is unwanted and not even worth 200 her meek demeanor gives way to vengeful Fury. No more Mrs. Nice Gal for Lucy Gordon played with wily charm by Brenda De Banzie.  She lets loose with a display of military combat techniques on her captors and lets them know who's got the real brains and brawn.  She convinces the gang of crooks to turn the tables on Gordon and rob him of every penny they can lay their hands on. 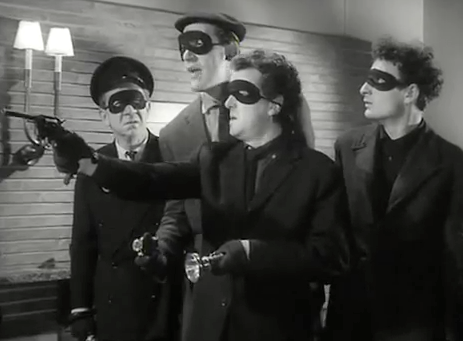 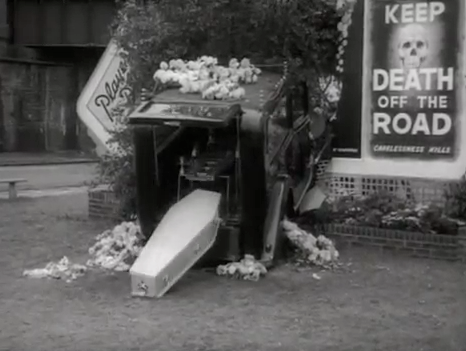 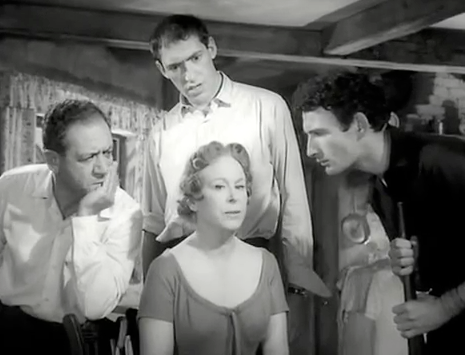 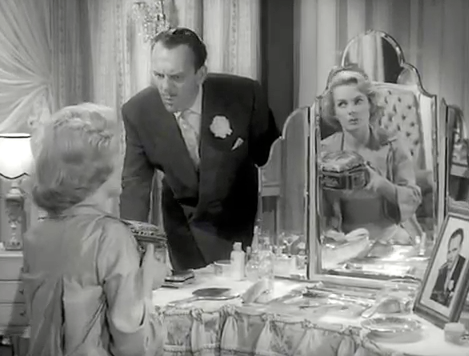 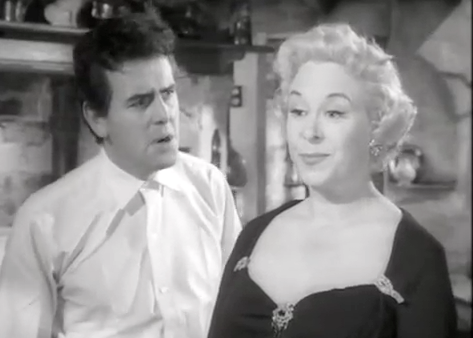 The movie is an all out farce with all the typical ingredients you expect from low comedy. Sight gags, goofy pratfalls and slapstick antics, silly disguises by the trunkful, shapely women in tight fitting costumes providing ample opportunity for  lots of breast jokes.  Cole shows off his skill at comic dialects yet his character always manages to slip into his native Cockney giving him away each time. But for every slapstick joke there are probably two or three genuinely witty lines in the very clever script by Michael Pertwee, son of playwright and novelist Roland Pertwee.  The screenplay is also apparently based on a story by novelist and journalist Christine Rochefort and Jean Nery, who was a Cannes Film Festival judge though I can find nothing else about him.

As with any farcical comedy there are a number of bizarre complications, utter coincidences and convenient accidents that add to the chaos.  Gordon is told if he doesn't pay up on the ransom his wife will be cut up into tiny pieces and distributed along the Great North Road.  Not much later he will be handed a newspaper with a headline emblazoned WOMAN MURDERED ON GREAT NORTH ROAD and frantically jump to conclusions. A series of mishaps lands him in court where one of the silliest sequences takes place. Gordon's incoherent rambling of "Money, no money. Oh, I wish I were dead" at the scene of his house fire is misinterpreted as "Mummy, Mummy." Then turned around by his defense attorney to be "Bunny. No, Bunny." As the lawyer explains, "Bunny, his budgerigar."  It goes on and on like the best kind of wordplay in a Marx Brothers movie or an Abbot and Costello routine.

The gang of crooks is made up of some veterans of the Carry On series, Sid James and Bernard Bresslaw,  and Joe Melia in his screen debut. Melia plays a scrawny, wannabe weightlifter who speaks almost all of his dialogue sotto voce and is called, aptly enough, Whisper. The shapely women are blond bombshell Vera Day as the gang's moll Charmaine and Delphi Lawrence as Gordon's unnamed secretary. Lawrence may be recognizable to keen 1960s TV fans for guest appearances on many US and UK shows like Wild, Wild West, The Man from UNCLE and Gideon C.I.D. Each of these supporting players gets their chance to shine in the chaotic, incident filled story.  Only Rosalie Ashley and Nicholas Parsons as Gordon's daughter Angela and her tax inspector fiance seem wasted as the symbols of sanity in this madcap world of criminal activity gone haywire.
Posted by J F Norris at 1:18 AM