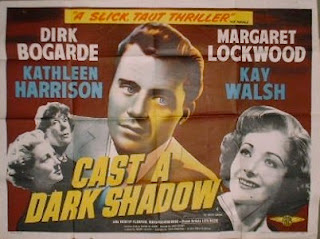 The opening scene of Cast a Dark Shadow was so bizarre I couldn't resist.  A woman screams in extreme close-up and we discover she's inside one of those dark rides at an amusement park. Intercut with her reactions to the fake monsters popping out of coffins and the whizzing and whirring of sirens we watch Dirk Bogarde's boyish face. The titles appear superimposed over various shots of Bogarde's sinisterly lit face, half in darkness, half in shadow. He continues to study the woman sitting next to him with a blank stare on his face. There is clearly something going on in his head but you may not want to know exactly what it is. When they exit the ride we see he's been sitting next to a woman who is considerably older than him. She could be his aunt or grandmother and when we finally recognize her as Mona Washbourne we know she just has to be a good and decent lady. You just have to stick with this movie and find out why this young guy has taken this woman to a spook house ride.

They head to a tea shop and we soon learn that the two are married. Despite his earlier creepy glares in the dark ride Teddy seems to be genuinely devoted to his wife, Monica "Mony" Baer. Wait, does that make him Teddy Baer? Yes, it does. And the relationship seems more like mother and son than husband and wife. 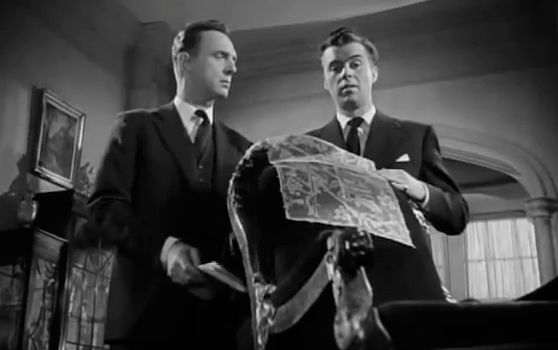 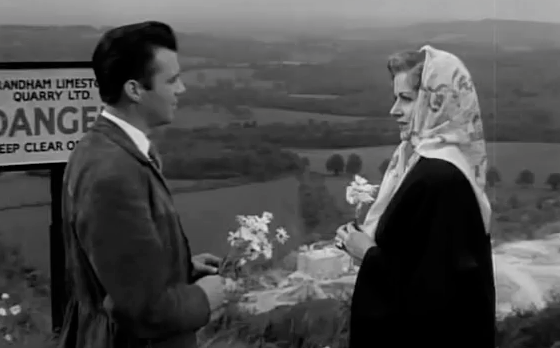 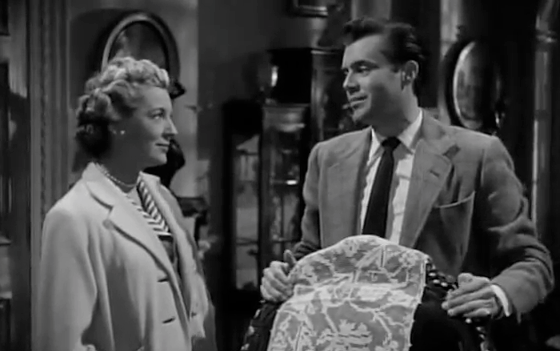 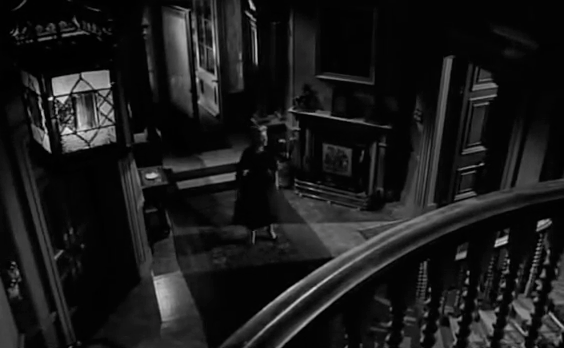 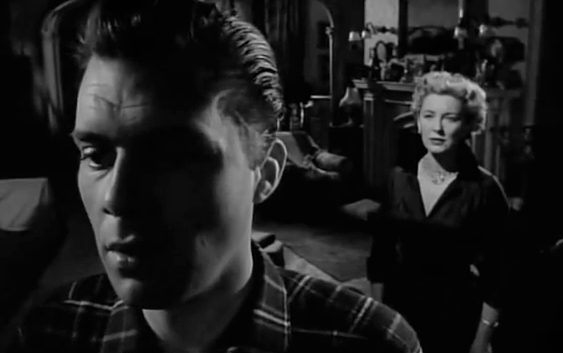 Back home we meet the equally devoted and simple-minded maid Effy (Kathleen Harrison) and an officious family lawyer Philip Mortimer (Robert Flemyng). Mortimer is there to discuss Mony's new will. He advises her against leaving the estate to her layabout unemployed husband. She should keep the present will leaving everything to her sister Dora who lives in Jamaica with her wealthy husband. Leave Teddy the house and keep the money in the family the lawyer suggests.  "Teddy is my family. All the family I've got," Mony counters.  She is adamant that the new will take effect especially after a recent bout with influenza that seemed fatal.  She is worried about Teddy's future. "I always thought your marriage to Philip was a mistake," sneers Mortimer.  Perfect cue line for Teddy's entrance.

Just before Mortimer leaves he warns Teddy that even with a new will he should not be surprised when he doesn't get all he expects. He'll be back tomorrow for Mony to sign the will and alludes to her keeping everything in the family. Suddenly Teddy is worried. Anyone can see where this is leading. Older ailing woman, younger devil-may-care husband, suspicious lawyer, new will in the offing... But if you think the movie is just another run-of-the-mill fortune hunter thriller you'd be wrong. True, Mony meets with an untimely and purportedly accidental death, but the remainder of the film has a few surprises in store. 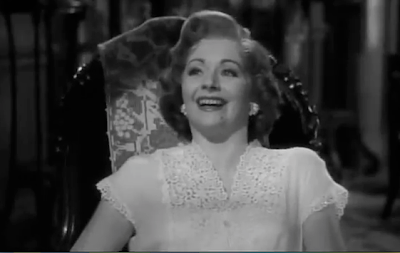 One of those surprises is Freda Jeffries played with vulgar relish by Margaret Lockwood. A more complete opposite of Mony could never have been found.  Self-assured, crass, flippant, bawdy, and most importantly wily, Mrs. Jeffries is a recent widow with some new wealth made from wisely invested money inherited from her late husband. She becomes Teddy's latest target.

Lockwood's character gives the movie just the right edge to lift it out of the realm of the ordinary. She has the best lines in the movie which give it a wicked sense of humor.  Sitting in Mony's chair and learning that she is in the room where the death occurred she says, "Oh? So we're in the morgue," and throws back her head in irreverent laughter.  Her scenes are cleverly written with an ambiguity reserved for only a few other characters.  It's never clear whether she has designs on Teddy herself or if she truly has agreed to the terms of their strictly financial arrangement disguised as a marriage. 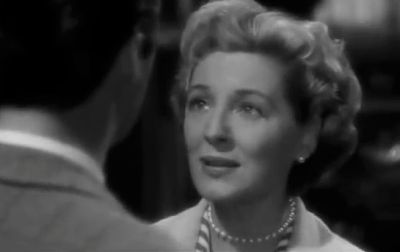 With the entrance of Charlotte Young (cool and distant Kay Walsh) a third opportunity for making money complicates the plot. Jealousy rears its ugly head. Freda appears to be possessive not only of the house but of Teddy -- something we wouldn't have expected. Charlotte appears to be just as shady as Teddy. And the film becomes a battle of scheming women vying for Teddy's attention and property.

Based on the stage play Murder Mistaken by Janet Green, later novelized in collaboration with mystery writer Leonard Gribble, the movie successfully escapes the confines of its theatrical origins. John Creswell does a superior job with his screenplay adaptation in taking the story out of its single drawing room set by adding several nicely done exterior scenes, visits to the teashop, a local cabaret (the song "Leave Me Alone" is an ironic commentary on Teddy and Freda's burgeoning relationship), and allowing us to see more of the enormous house. Cinematographer Jack Asher, who would later become known for his camerawork on various horror and crime films for Hammer Studios, gives the film a distinctive noirish look when called for bathing the actors and the oppressive home in menacing shadows.

With the highly melodramatic finale, however, all the creakiness of the play's familiar territory and the staginess of a single room collapse onto what previously had been an above average and often stylish thriller. The dialogue becomes heavy handed, the symbolism of Mony's rocking chair intrudes too often, and the actors chew the scenery with abandon. Kay Walsh resorts to theatrical tricks and postures more suited for the stage than film. Dirk Bogarde so restrained and effectively sinister with terse speeches, unleashes a madman with the fury of a hurricane. His constant shouts of "Get out!" make no sense until the final twist is revealed. What previously been a contained film of cat-and-mouse tactics transforms into a full blown action thriller.

This is my contribution to "Tuesday's Overlooked Films & Other AV" sponsored by Todd Mason at his blog Sweet Freedom. For more writings on neglected movies, TV, video, radio and possibly music please consult the list of other posts here.
Posted by J F Norris at 10:57 AM