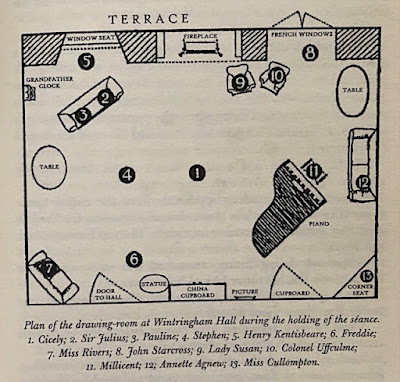 Here's my second nomination for Best Vintage Mystery Reprint of 2021.I've chosen a male wirter for this second book, a classic writer whose books deserve wide readership, and a book that has been ought of print for nearly a century.

But first some mandatory plugging. Reprint of the Year (I still refer to it by the original, longer, and more specific title) is the brainchild of Kate Jackson. Everything you need to know about this years' contest can be found at her blog Cross Examining Crime. There will be two nominations from each of the twelve participating in-the-know crime fiction mavens. The first nominations were posted on everyone's blogs last week. Voting opens tomorrow, December 19 and the winner will be announced on December 30.  Head over to Kate's blog to cast your all important votes.

The Wintringham Mystery by Anthony Berkeley

Not enough reasons for you? Well, here's one more. I learned that Sarah Weinman also picked this book (along with two others) as one of her favorite Golden Age reprints for 2021.  I love it. Great minds, eh?

What are you waiting for?  Go buy your copy of this extremely inventive, thoroughly entertaining and 100% old-fashioned detective novel.  It contains everything we love that makes mystery novel reading so fun.