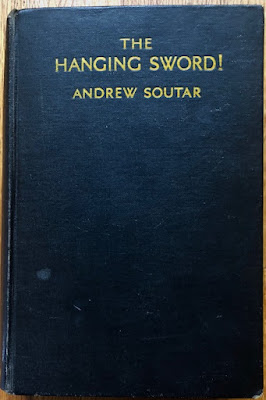 A publicity blurb on the inside of my copy of The Hanging Sword! (1933) states: “Andrew Soutar … has said that he writes mystery stories as a relaxation from the strain of writing long and serious novels. He regards this ‘mystery’ work as a tonic!” Keep in mind this is a first novel for what turned out to be a series charcter. Though I've previously only read one of Soutar's mystery novels I expected it to be along the same lines of plotting.  True, this one is also sort of obsessed with outre plot elements and quasi-supernatural incidents but the outre part takes over and dominates the plot with increasingly preposterous incidents. When Soutar said it was a tonic for his apparently exhausting mainstream work he was indulging in a rare form of understatement. That exclamation mark at the end of the title should have been a warning for the kind of book I was about to experience.


This book introduces us to Phineas Spinnet, a private investigator of immense ego and vanity modeled on so many similar characters that were popular in the early days of the Golden Age and before more eccentric amateurs and professionals overshadowed them. Spinnet seems most closely related to pulp magazine heroes and adventure seeking crime fighters. He has hired an assortment of ex-cons to help him in his investigation agency and even has a former prisoner as his manservant and butler just like Albert Campion. In this first outing his ego is kept in check for about the first two thirds of the book but explodes into the insufferably opinionated and patronizing man he is in the last portion of the book. As a detective novel it also suffers from a schizoid identity issue for it owes more to weird thrillers of Sax Rohmer and works populated with sinister master criminals of the later Victorian/early Edwardian period than it does to the nascent detective novel of the Golden Age. 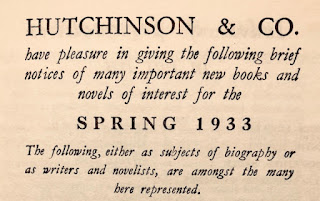 The essential premise is an intriguing one: Mrs. Latymer has apparently committed suicide in a locked room with bolted windows. She has shot herself in the head, the gun is found nearby and the only other occupant of the room is her pet cat. Yet her husband Seward Latymer suspects she was murdered; suicide is not at all consistent with her strong-willed personality. When the inquest verdict is returned as suicide Latymer hires Spinnet to investigate further, prove his wife’s death was murder and bring the killer to justice. First step is an order of exhumation and an autopsy. But when they go to retrieve the body it has been removed from the Latymer family vault.

[ASIDE: Anyone up for a blog post on bodies vanishing from coffins and criminal shenanigans involving family crypts and burial vaults? The Family Burial Murders, The Sleeping Sphinx, The Horror on the Loch, Seven Clues in Search of a Crime, and -- no real surprise -- Facing East by Andrew Soutar come to mind immediately.  I had no idea how common this plot motif is in GAD crime fiction until reading this book and then finding about two dozen of them after diligent internet searching.] 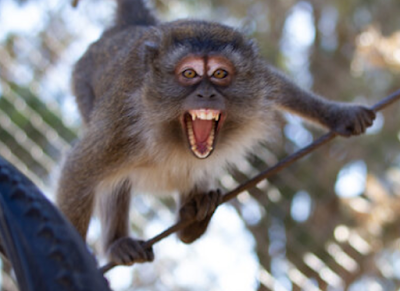 All hope for an intriguing detective novel is lost with the entrance of the mysterious Louise Du Sang. Her name alone gives her away as a bloody dangerous femme fatale. She has fiery temper, is madly in love with Seward Latymer and is pathologically jealous of any woman who comes near him. She will stop at nothing to possess him utterly. As the story progresses Mme. Du Sang is revealed to be a one of those characters old-fashioned writers liked to describe as deadlier than the male. The book ludicrously transforms itself into a surreal thriller with an entirely unexpected dash of the mad scientist genre. We are expected to believe that not only is Du Sang a financial wizard with holdings in South America mines and British industries, but also an amateur chemist and zoologist who has a private menagerie. When not tending to her businesses, wheel dealing with barons of industry she conducts bizarre experiments involving neurological chemical agents that trigger the savagery of the animals she keeps. In true pulp magazine style a feral baboon takes center stage for a terrifying attack on our hero and heroine, Ina Dearborn. This sideline in a sinister zoologically perverted aromatherapy will help Spinnet to explain the weird behavior of Mrs. Latymer’s manx Michael just prior to that poor cat’s demise.

As more deaths take place the idea of suicide by suggestion is contemplated and becomes a theme throughout the book. Spinnet is thoroughly convinced that Du Sang is a madwoman and has somehow managed to manipulate all the men in her life to do her bidding. When they fail to live up to her high standards or have served their purpose she eliminates them. Somehow, Spinnet surmises, she has found a way to drive people to suicide and he needs to find proof. However, once Du Sang has been tagged as the villain the detective novel elements cease to exist and the book morphs into a full blown thriller. The only real surprise comes in discovering a hidden relationship between Dr. Woodward, Spinnet’s Watson of sorts, and Ina Dearborn, Latymer’s secretary and the object of Du Sang’s scorn.

The real fun for me had nothing to do with the outlandish plot and odd pulp magazine flavor that pervades the story. It was reading the endless stream of cutting remarks and sarcastic barbs that come out of Spinnet’s mouth. Phineas Spinnet is sort of the Don Rickles of GAD sleuths. 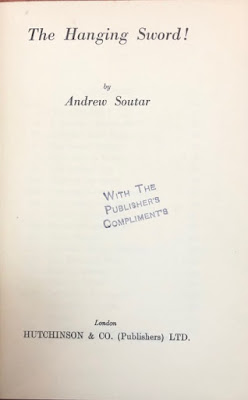 Once they have disposed of a tragedy to their own satisfaction the police hate to have it resurrected lest it should be testimony to their own incompetency.

Woodward: Spinnet, you are a greater genius than even you think.
Spinnet: Thanks, for nothing.

Woodward: You are the most extraordinary fellow I’ve ever met, Spinnet. Do you never sleep?
Spinnet: Sometimes, but I generally close only one eye.

Spinnet: Do you mean to tell me that you allowed woman to disobey your instructions? You deserve to be married.
Chauffeur: I am married, sir.
Spinnet: Good. Then the next time I have a difficult job in hand, I’ll send for your wife to help, and you can stay at home and mind the kids.