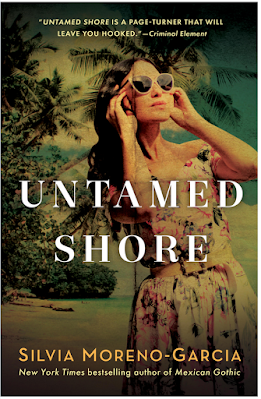 
I can never resist marketing hype. Why? I should know better. I really should. But when I learned that one more person was attempting to liven up the classic noir thriller and that writer was primarily known for her revisionist fairy tales and fantasies and mash-ups of science fiction and the traditional romance novel how could I possibly pass it up? Silvia Moreno-Garcia with three bizarre homage novels of fantasy, supernatural and fairy tale motifs to her credit and a handful of anthologies as editor/compiler has published her first crime novel, Untamed Shore (2020). It’s modeled on the old-fashioned James M. Cain style story of a sucker being led down the road of temptation by a greedy devious woman. But in Moreno-Garcia’s revisitation of this very familiar plot she has reversed the roles. The tempter is a gorgeous and very desirable man and the sucker is a young woman.

Viridiana is hired as a translator/typist to a non-Spanish speaking would-be writer. The writer is rich. He’s married. And his wife’s brother is in tow with them as they rent the ultra-modern mansion called The End located at the very tip of Baja peninsula. It’s the brother, Gregory, who latches onto Viridiana. She may be all starry-eyed but the reader knows she is hardly headed for a happily ever after ending. This kind of role reversal while not wholly original provides an imaginative writer with definite possibilities to shake up a tired formula. I’ve read several Cain style crime novels with reversed roles of temptress/patsy. I’ve even read one where the duplicitous schemers are gay men trying to kill a third man for his money. Did Silvia Moreno-Garcia pull it off? Much to my surprise she did.

I was not buying much of the book for its first half. Moreno-Garcia is clearly still very much sticking to the romance novel formula in this her sixth full length novel. To be honest I have not read any of her other books but going purely by the plot summaries I can see that she is in love with love. All of her books feature young women in the lead roles and all of them are entranced by dangerous men. This is the rudimentary ingredient for all romances and especially the Gothic romance novel (two of her most recent novels are heavily influenced by that subgenre). She’s revisiting very well worn territory here. And the romance angle even though it may be ornamented with paragraphs of startling shark imagery and some intriguing lore about shark fishing is overly familiar and hardly eye opening. 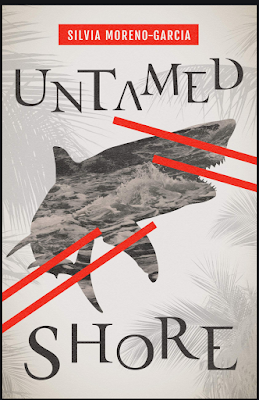 Her protagonist saves the book. Viridiana invigorates what might have been just another romance redux book. It's not just her unusual name (her father named her after the lead character in a Luis Buñuel movie he loved) that makes her unique. With her odd job as reluctant tourist guide and interpreter for the 1970s gringos who find her native Baja peninsula Mexican town an exotic attraction Viridiana is the kind of character you want to spend a lot of time with. She has a horrid home life, she’s dumped her dull fiancé and in the process of being willful and independent has alienated both her mother and would-be mother-in-law, not to mention the would-be groom. Viridiana wants desperately to escape her dead end town. Unappreciated, insulted and maligned by nearly everyone in her town, lectured by her mother who constantly reminds her she does not know a good provider is enough to save her its no wonder that Viridiana retreats into solitary fantasy. We know she deserves a better life. And we want that for her – at any cost.

Enter the trio of rich and flashy Americans who bring to life all of her Hollywood fantasies. You see, like her father Viridiana is a movieholic. She can’t help but draw comparisons to Montgomery Clift and Elizabeth Taylor in A Place in the Sun as she finds herself drawn into a risky romance with Gregory. All of her references relating to love and sexual attraction are from old movies. She embarrasses herself with her indulgent imagination and finds herself dictating her dreams into a cassette tape recorder her absent father gave her as a substitute for a diary. She knows it’s wrong to dream girlish fantasies, but can’t help herself. And Gregory exploits her Hollywood fantasies with promises of taking her away and setting up a new life in Paris. She wonders aloud in her tape recorded musings if it all is just too good to be true. 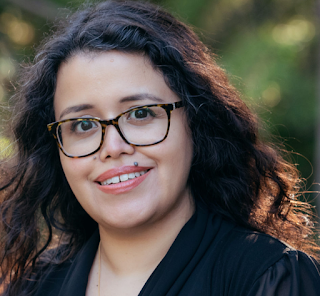 You better believe it is.

Soon her employer is found unconscious at the foot of the stairs. They call the police and a doctor. But by the time they arrive at The End, miles away from the town center, he is dead. Convenient accident or murder? Viridiana begins to suspect the worst and sees Gregory and Daisy, his sister, in a wholly new light as the police begin to question them. She even turns snoop and amateur sleuth and uncovers additional mysteries that need explaining. The movie she dreamed of begins to seem more and more like A Place in the Sun. She had forgotten about the death of Shelley Winters in that movie -- an accidental drowning that leads to Montgomery Clift’s being charged with murder. Her movie fantasies become even more terrifying the more she tries to find out exactly who Gregory and Daisy are and why they came to Baja.

At this point the book kicks into high gear shifting in tone and piling on more action, Moreno-Garcia abandons the dreamy introspective narrative that dominated the first half and takes up the motifs and situations of genuine noir and pulp fiction. Con men, gangsters, crooked cops, bribes galore, a convoluted will, a suspicious nephew, ultra bloody violence. We get it all. Viridiana is forced to grow up almost instantly. She recognizes she’s been used and turns the tables on her exploiters.

I’m glad I took the time to stick with this one. It paid off in ways that I didn’t think the writer was capable of. If Moreno-Garcia has not read the typical crime novels to familiarize herself with this genre she at least has watched a lot of movies to get a handle on the right conventions and plot elements. I thought I knew exactly where this was headed but she managed to throw in a few unexpected curve balls and surprised me at least twice. She sure was not afraid of some gory violence and torture either. I usually don’t applaud this in any writer, but after the ostensible false start of the book it was exactly what the novel needed. Without it Viridiana probably never would have changed and realized at least something resembling a Hollywood ending. And, of course, getting the long overdue life that she richly deserved.