After finding a five page long list (!) of Carolyn Well's work published in magazines from 1897 - 1940 I was curious to see the covers that promoted her stories in the numerous pulp magazines over her long career.  Some of them were so striking and evocative had I been alive decades ago I would've easily been tempted to spend my last dime or quarter on one of these magazines.

I picked out a selection of the finest examples, mostly those that advertise a serial that was beginning in the given issue, some are promoting a short story like "Common Sense Cutler." Nearly all of these are Fleming Stone detective novels that were later published by either George H. Doran (until about 1922) and then Lippincott, her book publisher for most of her career. The final one pictured (Skeleton at the Feast) is a Kenneth Carlisle mystery and he was the detective character who was published by Doubleday Doran's "Crime Club." 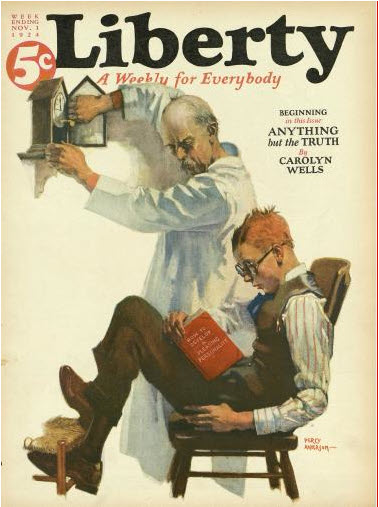 One of Well's serials that appeared in a "slick" magazine rather than a pulp. Her work also regularly appeared in the dream publication of her era -- The Saturday Evening Post. Usually it was her poetry and humor they bought. OH! The title of the book the boy is reading is How to Develop a Pleasing Personality. Took me a while to discern that! 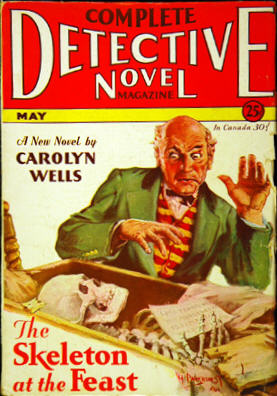