THE STORY: Adele Van Ostrand refuses to believe her son and his friend died in a canoeing accident when they went away for a camping trip and never returned. Neither body has been found, but the smashed remains of the wooden canoe washed up along the river banks leading police to believe that both boys drowned. Adele holds out hope that Howie survived while her family, friend Ursula, and police try to convince her otherwise. Then the phone rings. Howie is on the other end. He begs her not to tell anyone he is alive. Something has happened and he needs money. He outlines a plan and pleads with his mother to carry it out. And so begins a sinister plot tinged with deceit and exploitation of grief culminating in a truth more horrible than Adele could imagine.

THE CHARACTERS: In Adele Doris Miles Disney has created one of the least sympathetic portraits of a grieving mother in all of crime fiction. Voice from the Grave (1968) is both an exploration of mother too in love with her son whose devotion spills over into co-dependence, an obsessive need to control and a delusional hope that the person who is exploiting her must be no one other than her boy Howie. Only when her friend Ursula gives her solid proof that Howie and Dennis both must have died does Adele begin to suspect that she is being used. When she relents  she turns her attention against her stepson Lee, a young man who she has basically ignored all his life.

Adele has been married three separate times and has several step-children while only Howie is her own child. Unable to give love or see it offered from others, Adele is a pathetic picture of narcissism and selfishness. She claims others are self-interested, like her step-son Lee, but cannot recognize her own self-absorption. The reader cannot really sympathize with her in any way. She is being victimized by someone and, whether it is Howie or not, we feel that she absolutely deserves it.

The only real satisfaction in reading the book is trying to figure who is on the other end of the phone and why that person is taunting Adele and taking from her everything they can -- money, her trust and eventually her sanity.  Is it some sort of revenge for the past?  In part perhaps, but there is another aspect of the novel that will tie into the Adele/Howie story.

Disney also uses this novel to write about troubled young people desperate to find themselves, to be free from controlling and suffocating adults, and who in their rebellion lead themselves down the path of destruction. The opening of the novel tells us that two teenage boys have broken into an elderly man's home in order to steal his prized collection of whiskey. Caught in the act and fleeing from the house one of the boys strikes out at the man causing him to fall. The man hits his head on the stone steps in front of the porch and is sent to the hospital in critical condition. The reader awaits the old man's fate and the boys worry that if he dies they will be then guilty of a felony -- death caused during the commission of a robbery.

The camping trip that Adele thinks is going to be nothing more than canoe paddling and fishing turns into a hedonistic indulgence of underage drinking, picking up girls at the beach, and wild partying. When news surfaces in town of a young girl who has gone missing, the reader starts to put together the cleverly dropped hints that Howie and Dennis must have got up to no good and may be responsible for her disappearance.

These ostensibly independent plot threads must connect somehow leading the reader to ask multiple questions. Who survived the canoe accident?  Was it merely a sham? Are both boys dead?  Is someone pretending to be Howie? Who would want to prey on Adele and keep asking for her to drain her bank account? And is the missing girl dead or alive?  Could she be involved in causing the canoe accident?  Is she behind all the mysterious phone calls?

QUOTES: [Adele's] skin looked too tight for the bones of her face, Her pallor made her eyes look even bluer than they were. She had an indestructible elegance, Ursula thought, that neither time nor sorrow would ever take from her. 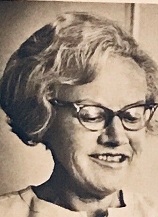 THE AUTHOR: Born in Glastonbury, Connecticut Doris Miles Disney (1907-1976) lived most of her life in her home state. She published at least one book a year throughout her writing career beginning in 1943 with A Compound for Death. With the exception of one mystery novel all of her work was published by Doubleday's "Crime Club" who said that Disney's books sold approximately 675,000 copies over her long career.

Her novels were a mix of hardboiled crime novels, domestic suspense, and some of the earliest examples of an inverted historical detective novel, with a particular leaning for the 19th century. She created three series detectives -- Jim O'Neill, a cop; Jeff DiMarco, an insurance investigator whose novels are the closest Disney came to writing genuine noir; and a postal inspector named Dave Madden. However, the bulk of her novels feature no series characters and tend to feature guileless senior citizens as the victims; duplicitous husbands and wives plotting murder against each other; adultery and blackmail. Disney employed familiar motifs of noir and hardboiled crime fiction but transplanted the usual urban scenes and gritty city life to rural and suburban settings recalling the work of her contemporaries Charlotte Armstrong and Ursula Curtiss.

Disney had one daughter, Elizabeth Disney Laing, with whom she was living in Fredericksburg, Virginia at the time of her death. Disney also had two sisters who both lived in Connecticut. 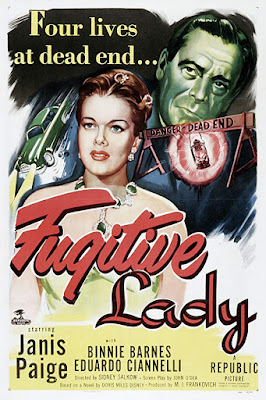 MOVIES & TV: Three of her books featuring insurance investigator Jeff DiMarco were made into movies. Fugitive Lady (1950) (probably taken from her 1946 crime novel Dark Road, aka Dead Stop) was an Italian & British co-production which included Janis Paige the only American actor in the mostly Italian cast. Stella (1950) was an attempt to make a contemporary black comedy based on Disney's much darker novel Family Skeleton (1949) with Ann Sheridan in the title role alongside Victor Mature as DiMarco. The Straw Man (1953) adapted from the 1951 novel of the same name is a B movie that changes DiMarco's name to Jeff Howard in the script adaptation.

In the 1970s three more novels appeared as TV movies. Do Not Fold, Spindle or Mutilate (1971) starring veteran actresses Helen Hayes, Myrna Loy, Mildred Natwick and Sylvia Sidney in a strange tale that combines computer dating and a psychopath. Betrayal (1974),based on the novel Only Couples Need Apply (1973), is about an elderly woman (Amanda Blake) preyed upon by a murderous con artist couple. Yesterday's Child (1977), based on her 1967 book Night of Clear Choice, stars Shirley Jones as a mother whose 3 year-old daughter was kidnapped and never returned, fourteen years later someone claims to be that missing daughter.
Posted by J F Norris at 11:59 AM