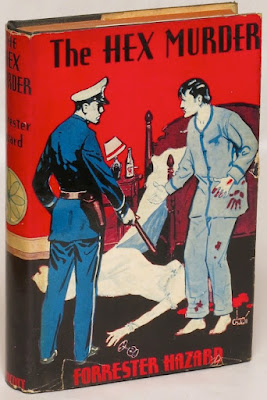 THE STORY: Awakened by a drip from the ventilation shaft in his bedroom Robert Crocker, not so successful Greenwich Village painter, goes to investigate. Looks like there might be some sort of leak in his girlfriend's apartment upstairs. When he arrives, the door is open and his girlfriend is dead -- a blood soaked corpse in a blood drenched room. She is obviously the victim of a vicious throat cutting. A hex sign is found chalked on the brickwork of her fireplace. Piles of letters from her Amish mother indicate that she was in danger. Peter Adams, intrepid newspaper reporter, travels to Erwinna, PA to learn the truth about the dead girl, why she fled her home, and who was after her. He gets help from Sheriff Reed and a lawyer both of whom have an amazing amount of arcane knowledge on everything from graphology to cabalistic signs to the mysterious ways of the Amish hex doctor.

THE CHARACTERS: Peter Adams is one of hundreds of reporter sleuths so incredibly popular in detective fiction from the 1930s through the early 1950s. He's eager to get to the bottom of all the various mysteries surrounding the grisly death of Marguerite Scholl. What's remarkable about The Hex Murder (1935) is not only its fast paced, well told, and gripping story but how modern it all seems. It has a sort of The Night Stalker and X Files feel to it. Though there is not one iota of the supernatural nor any appearance of other worldly creatures in the book, the atmosphere is tinged with eerie events and macabre beliefs. Sheriff Reed with his extensive knowledge of Amish superstition and folk medicine comes off as a sort of 1930s version of Kolchak. The intriguing lectures from Martin Randall, the Renaissance man lawyer, sound like the kind of "info dumps" Fox Mulder would launch into during an episode of The X Files. But none of it is ever dreary. The entire book is handled with panache and verve.

Adams is assisted by Houston King, one of Robert Crocker's woman artist friends who is determined to clear her friend's name. Crocker, of course, is the prime suspect. He is found in bloodstained pajamas when the police arrive and the razor used to murder Marguerite conveniently turns up in his bathroom. He hasn't a clue how it got there. Houston makes a fine female sidekick for Adams and together they are far from the cliché amateur detective duo you'd expect in a pulp fiction story of this era. I also liked the brief scene with Miriam, a vain publicity seeking chorus girl who worked with Marguerite in a few cheesy dance shows. Adams sees right through her phony sympathy and concern and calls her on her self-interest. 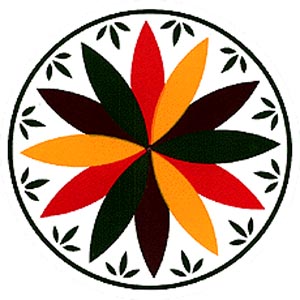 When the story travels to Pennsylvania Dutch country the story really picks up and Hazard revels in all things macabre and unusual. Among the supporting Amish characters we get the oddball Conrad Reifmeyer, a powwow man (more about that below) who enjoys threatening others with dire Biblical quotations. Marguerite's family, the Krugers, are an unusual bunch led by a typically stern father who is succumbing to a terminal illness, her mother is the most sympathetically portrayed of the family while her ostensibly simple-minded brother gives us a surprisingly heroic display at a climactic moment. Dr. Schneider provides the characters and the reader with all the background on Amish folk medicine and his daily battle with naive superstition. Though he confesses he is not above taking advantage of Amish folklore by supplementing his modern medicine with a prescription of a "hex paper" to ward off evil intent.

INNOVATIONS: This may be the first cultural detective novel of its kind. I know of no other mystery from 1935 or earlier in which the plot relies so heavily on Amish life, culture and folklore. As an example of what I like to call "country noir" it also includes some brilliantly realized rural incidents integral to the plot. The climax, for example, features a publicity stunt involving herding sheep with the help of what everyone thinks is a very stupid dog. Pete finds an expert trainer to get the dog to learn some neat sheep herding skills. Everyone is surprised at how quickly and well the dog performs. Amazingly, this stunt will also trip up the vain murderer who gives himself away at the key moment. I've never read a better and more original denouement in a Golden Age detective novel. And it all makes perfect sense as well as belonging specifically to this realistically portrayed milieu.

QUOTES: "I've found Hackmen [cabbies] are as a rule all right or all wrong. In either case they'll give you a break when you're in a jam. If they're all right, like this one was, they'll help because they're good guys; if they're all wrong they'll help you out and then shake you down."

John Reed directed them with the surety of a man who had spent all of his life in the locality. He knew the contour and outline of every tree and bush, could name a farm or its occupant by the slope of a barn roof or the silhouette of a silo. 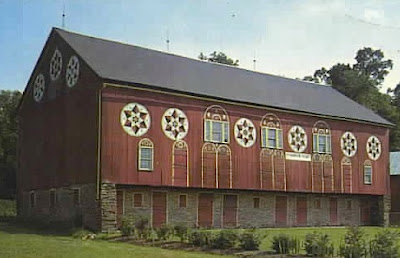 "We medical men are not half as bigoted as the rest of the world believes us to be. We are perfectly willing to admit that 'there are more things in Heaven and Earth than are dreamed of in the practice of the rites of Aesculapius.'"

"A flock of sheep is a Hell of an alibi," Pete mourned, "but it looks to me like it'll hold."

[Reifmayer] was a singularly moving sight, yet the emotion he stirred in Pete was that most indefinite one of all, a queasy feeling of dislike and distrust, mingled with disgust. Pete was reminded of Cromwell's puritan troopers, who could find Biblical quotations to justify all of their atrocities. 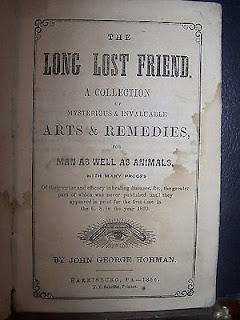 THINGS I LEARNED: As you might imagine I got an overdose on Amish culture, especially their folklore and superstitions, while reading The Hex Murders. All of it was engrossing and fascinating.

As witches are believed to fly through the air or take to riding brooms so are Amish hexers given to magical transportation. They are said to ride horses through the air! So you want to keep anyone suspected of being a hexer away from your stables lest they be tempted to some sinister night riding.

A hexa-donz is the name given to an area in a field where a hexer has done his night riding. Sheriff Reeds tells Pete Adams that they're the Amish equivalent of fairy rings. He says you can always tell when a horse has been hijacked by a hexer for a night ride because it'll be found in a hexa-donz with its "tail and mane ...all tangled up and he would be heaving and puffing."

A powwow man or a hex doctor has his own instruction manual of sorts called The Hidden Friend. Well, to be accurate the true title of this powwow handbook is The Long Lost Friend by Johann Georg Hohman. It's written in the German dialect of Pennsylvania Dutch and filled with spells, hex signs, herbal remedies and other instructions. One of these is a "Release" that the characters find in Marguerite's apartment and it supposedly can reverse the power of a curse.

Reifmayer is accused of putting a bloody hex on the Kruger family. This is why Marguerite was sent away by her mother. But she was killed anyway and not too coincidentally by throat cutting. Kruger was driven almost mad with fear and paranoia. He wouldn't have a cat or dog on the farm for fear of being bitten, drawing blood and dying. Yet when Herman Kruger becomes ill and dies of a fatal hemorrhage (horribly described in gruesome detail) the people in Erwinna believe that the hex worked.

EASY TO FIND? For the first time this year I've found a truly rare book. As of this post there are less than five copies is exactly one copy (!) offered for sale from the usual online bookselling sites. If I were in the reprint business I'd reissue this one in a heartbeat. Truly unique, extremely entertaining, and a damn fine mystery with a shocker of an ending. Every now and then there's a really good mystery novel out there, eager to be read, and hardly a copy for anyone to get their hands on to enjoy. ...sigh...
Posted by J F Norris at 11:06 AM