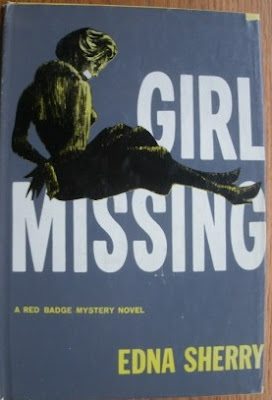 THE STORY: Carlton “Carlo” Ives is the epitome of a ne’er-do-well playboy. He’d rather spend money at the race tracks, fancy restaurants and hotspot bars. He’s never had a real job in his life. Now he owes $14,000 to hardnosed bookie and OTB kingpin Nick Archer. Last ditch attempt to reconcile with his wealthy father who had offered his son employment and a chance to redeem himself proves futile. When approached by Archer with an offer he can’t refuse Carlo finds himself agreeing to act as Archer’s racetrack agent. After signing a contract that will award Carlo 10% of all jobs undertaken and 40% of “special projects” Carlo learns he has been hoodwinked into taking part in a kidnapping scheme.

THE CHARACTERS: Girl Missing (1962) implies an abduction or kidnapping, but for a while it almost seems as if our unlikable but stunningly gorgeous (of course) young couple will turn out to be the criminals not the victims. Maybe not robbing banks with machine guns, but causing trouble and wrecking lives all the same. They are definitely bad news when they get together. Veronica Sheldon confesses to Carlo that she is “short on morals” and she’s a rebellious thrillseeker. She agrees to go out with Carlo, a profligate of the worst sort in the eyes of her parents and hoity-toity sister Libby, just to piss off her family. Carlo secretly pursues Ronny in a petty form of jealous revenge for the way her sister openly snubbed and insulted him. Carlo has already been presented to us as an anti-hero but one that the reader is not exactly rooting for. When Carlo is recruited unwittingly into Nick Archer’s kidnap scheme Ronny Sheldon is the first person he thinks of as the best target for a quick and easy payoff. Ironically, Carlo’s entry level criminal act will be a transformative one for both he and his intended victim.

Sherry gives us lots of background in an economically told story. We learn of Carlo’s love/hate relationship with his father and the reasons he feels entitled to a life of luxury, his short lived relationship with Libby Sheldon, and his resentment and anger towards everyone who he believes gave him a raw deal leads to a crescendo of petty revenge. 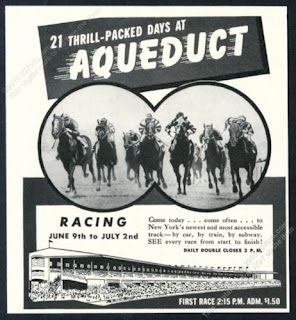 Likewise, we get a capsule life history of Nick Archer (born Archezzo) from his indoctrination as a teen into the world of betting as a debt collector and gofer to running several off-track betting parlors and becoming a figure of intimidation in the horseracing world. Sherry tells of his devotion to his family, how he and his deaf mute sister were orphaned at an early age and how Nick took care of them both afterward. We also get a brief tale of how Nick met his right hand man Harry, a Korean War veteran, who saved Nick from an attack by couple of juvenile delinquents who tried to mug the betting parlor impresario. Harry turns out to be loyal but with a bitter ingrained streak of sadism leftover from his war days that makes it all too easy for him to be groomed into Nick’s hitman permanently taking care of crooked employees who cross the boss.

Nick is being pursued by federal agents for tax evasion in a subplot that will have significance in the final chapter. Nick’s wants to escape trial for what all gangsters usually go to prison for. With Harry’s help he dreams up a kidnap plot and will use the ransom to help fund an escape plan that will get them to Mexico and then Switzerland. They exploit Carlo Ives’ $14,000 debt coming due in less than two days and figure they can allow him to be their patsy. Archer secures Carlo’s involvement with cleverly thought out frame-ups. Basically he extorts Carlo to carry out the kidnapping out of fear of being accused of other worse crimes, crimes that never actually took place but for which enough proof will be concocted to make them seem not only possible but plausible and with Carlo at the center of them all.

The kidnapping takes place exactly as planned but when Carlo discovers he is also to become one of the victims he begins to see the error of his ways. At this point there is a major shift in the action and an almost sudden transformation in Carlo’s character. Carlo is determined to turn the tables on his captors, rescue both he and Ronny, and turn the real kidnappers over to the police. The final chapters are rife with action sequences that seem perfectly engineered for the movie screen and Sherry inserts more than a couple of neat surprises for both Carlo and the reader before the final page is reached.

INNOVATIONS: Sherry does a neat job of making a thoroughly detestable character like Carlo Ives into someone the reader wants to win and in the end will admire. Even if it seems as if he has an all too easy epiphany and metamorphosis from spendthrift playboy into daring hero willing to risk his life for his girl, Sherry manages to make it fairly convincing. But Carlo doesn’t get off scot free. Ronny will have the last word; she’s far from forgiving when she discovers the truth.

Oddly, Nick seems to be the most sympathetic of the bunch. Having read Tears for Jessie Hewitt a few months ago I’m intrigued by the way Sherry skillfully creates these seemingly villainous men who still have a smidgen of humanity in them for either their family or a loved one. In Nick’s case it is his devotion to his sister that redeems him and keeps us from seeing him as utterly bad. Though Anna is present throughout the entire crime (Nick and Harry use her farmhouse as the kidnap hideout) it is always clear that she will never be implicated in any way. Nick always has in mind her safety first. Several arguments take place when the murderous Harry wants to eliminate all witnesses, but Nick is adamant that Anna is not to be harmed . She is after all incapable of speaking which reluctantly Harry sees as an excuse to leave her alone. Ultimately, Anna’s inability to hear or speak save her life. 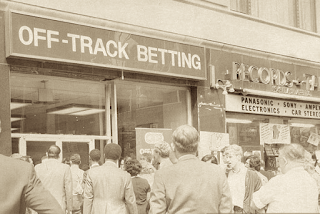 THINGS I LEARNED: This is the second novel of Sherry’s I’ve read that involves horse racing and gambling. This time I learned all about the world of off-track betting and how the unusual methods in which money is collected. Early in the story, during a section explaining how Nick became such a “star” in the eyes of his gambling parlor mentor Frankie, we watch as Nick in his teen years acted as a spy who helped ferret out a couple of crooked employees who were stealing from Frankie.

QUOTES: The taxi driver, looking at [Carlo & Ronny] in the rear mirror, summed them up with admiration touched by envy: As good-lookin’ as anything in the movies. An’ prolly rolling. Some people have all the luck. But luck has a way of running out.

Carlo: “We’ll give the classy joints a miss so you won’t be spotted.”
Ronny: “Oh skizzy. Take me to a real low dive.”

The place was crowded with young married couples in the middle-income bracket from all over town who liked good food and enjoyed dancing. But to Ronny’s artless, enraptured eyes, they were all branded with delicious sin. She sprinkled her comments with carefully memorized beatnik phrases. The couples were, of course, “shacked up,” the band was “far out,” Carlo was a “cat” she could “relate to.”
Posted by J F Norris at 11:37 AM